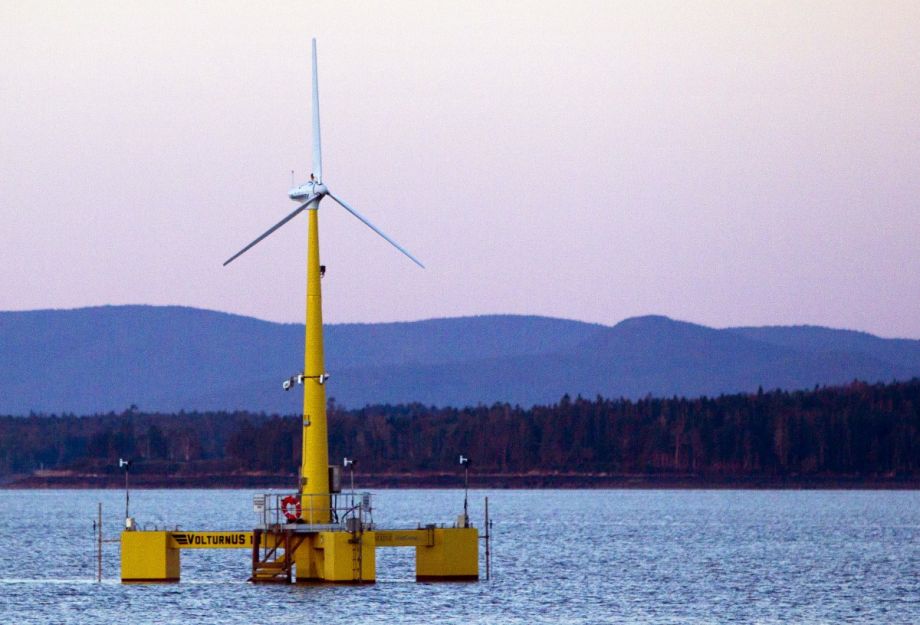 When it comes to renewable energy, it looks like it’s possible to get more even if you pay less.

Last year, green energy’s share of the global energy market inched up from 7.8 percent in 2012 to 8.5 percent, even while total investment in renewables fell by 14 percent. These numbers, reported in the 2014 edition of an annual renewable energy investment study put out by the United Nations Environment Programme and Bloomberg New Energy Finance, left the industry as a whole celebrating, researchers found.

“The mood was more cheerful [than in 2012], with share prices up, manufacturers rebuilding margins, and renewable energy being chosen for projects around the world on the back of its improved cost-competitiveness,” the authors wrote.

Those worried about climate change may not think the transition to green energy is happening fast enough, but the long-term trend is solidly moving in the direction of more competitive renewable, the report finds. Over the last five years, the cost of delivering electricity from crystalline silicon photovoltaic systems has declined by more than half, while the price of electricity from onshore wind turbines has fallen by a more modest 15 percent. The total amount of money invested in solar capacity, for example, fell by 23 percent, to $104 billion, while worldwide photovoltaic capacity edged up from 31 gigawatts in 2012 to a record 39 gigawatts in 2013.

This is all happening while the cost per megawatt-hour of coal- and gas-fired electricity generation rises steadily. (Americans will be excused for missing this fact, as gas prices have fallen with the expansion of shale drilling.)

While efficiency gains in green technology were a big reason for the drop in investment, they weren’t the only one. “Worries about future policy support for renewables delayed investment decisions in countries such as the U.S., Germany, India, the U.K., France, Sweden, Romania and Poland,” the study’s authors wrote. “In some other countries, such as Spain and Bulgaria, retroactive subsidy cuts for existing projects almost killed off investment entirely, while in Italy, the amount of [photovoltaic] capacity eligible for support quickly ran up against a government-set cap.”

Struggling with an economic crisis and an unsustainable price tag for renewable subsidies, Europe saw the steepest declines in investment — 44 percent, to $48 billion. Japan, however, saw the largest gain: Money spent on green power soared by 80 percent, to $29 billion, as the country contemplates a future less reliant on nuclear power. As a result of, among other things, a Chinese wind market “held back by grid connection delays and cash shortages,” as well as a pause in Brazil due to the timing of wind power purchase agreements, investment in renewable energy fell for the first time in developing countries.

Wind and solar power account for 90 percent of all renewable investments — aside from hydro — with spending on other technologies like biofuels, biomass and waste-to-energy falling.

Reading the full report requires a log-in, but a summary of the key findings is easily available as an 11-page PDF report.