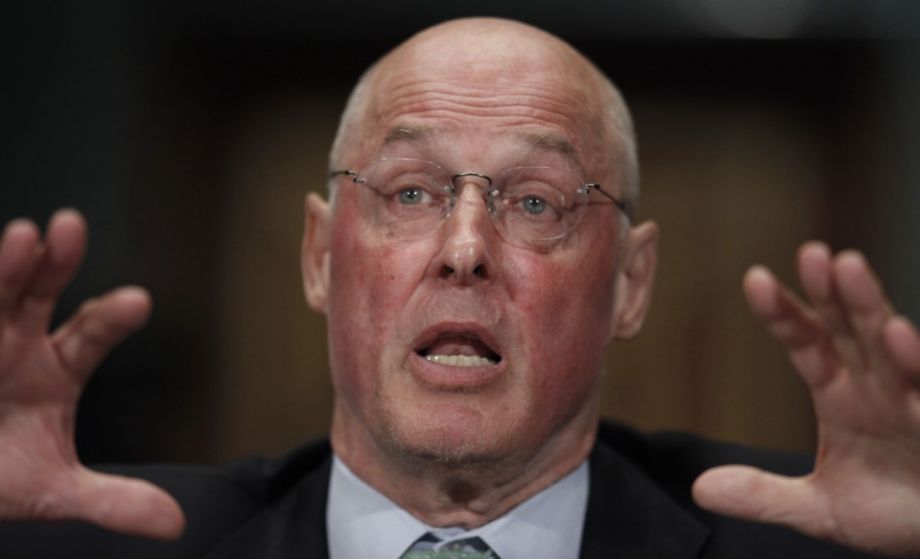 “Just give cities a chance!” That was Benjamin Barber’s rallying cry at the Chicago Forum on Global Cities last week. The senior researcher at the Center on Philanthropy and Civil Society at the Graduate Center, City University of New York, found a receptive audience by arguing that mayors are problem-solvers who find solutions where national leaders can’t.

At session after session at the Forum, speakers opined on whether global cities can drive the global economy, how smart cities can use data, innovation, and social apps, and how to design environmentally sustainable cities. This “American Davos” was organized by the Chicago Council on Global Affairs and the Financial Times, and challenged public, private, nonprofit and academic leaders from around the world to consider how cities can serve as the vehicle for addressing what seem like intractable problems.

While I found myself agreeing with Barber and others, I did understand the point that former U.S. Treasury Secretary Robert Rubin advanced, namely that the primary force for growth is national policy. And I wholeheartedly second his pronouncement that the single most important thing we can do is to change the price of carbon. He cautioned that we run the risk of a race to the bottom among cities without a national policy.

Also notable were the comments of another former U.S. treasury secretary, Henry Paulson, who said, “The future for humanity is urbanization.” The founder and chairman of the Paulson Institute, who served under President George W. Bush and was a former chairman and CEO of Goldman Sachs, went on to say that, with the right urban planning, you can reduce auto use by 50 percent. Hearing these pronouncements in support of sustainable economic growth and a cleaner environment from a former cabinet member in a Republican administration gives me hope that bipartisan solutions are possible if leaders are willing to consider the facts and work together.

That being said, can cities overcome national dysfunction? And is it enough?

At a panel on smart cities, Pedro Pires de Miranda, a VP at Siemens AG who heads the company’s Global Center of Competence Cities, said London has the most sophisticated public transportation system in the world. But he also noted that it took 10 years and an elected mayor who was open to congestion charging and low-emission zones to achieve that distinction.

When it comes to technology’s role, New America President Anne-Marie Slaughter cautioned that big data impersonalizes a city. She pointed out that smart technology must be smart enough to deal with a city’s vulnerabilities. (Think of how a community-driven wireless mesh network helped people in Brooklyn and other places affected by Superstorm Sandy stay connected.) Former Prime Minister and Foreign Minister Carl Bildt of Sweden forecasted that within 10 years, 90 percent of the world will have access to a 5G network more powerful than anything Chicago has today. He warned that while George Orwell’s 1984 hasn’t happened yet, 2084 might — and protection and encryption is a critical need.

A “Reimagining Urban Infrastructure” panel provided a number of city policies that could scale up, including Denver’s bond issue to guarantee every child in public schools goes to college, participatory budgeting in Porto Alegre, Brazil, and direct corporate intervention in Iowa to promote women in STEM fields. Former U.S. HUD Secretary Henry Cisneros proffered his belief that we must combine peace and prosperity with a push on fighting poverty. Judith Rodin, president of the Rockefeller Foundation, advanced the notion of resiliency, and reminded us that 70 percent of infrastructure in the developing world is not yet built today. Most succinct was Theaster Gates, founder of Rebuild Foundation and director of arts and public life at the University of Chicago, who said, “We need a nation-building strategy.”

Rubin concluded by reiterating that we need to consider cities in the larger context, which was not the way he thought the Forum was framed.

In Chicago, which Mayor Rahm Emmanuel called “the most American of American cities” in a Forum speech, we experienced a healthy mix of optimism and reality. Millennium Park, Navy Pier, University Club and the Art Institute of Chicago cradled us with natural and man-made treasures that reminded us of the true value of cities. While there were some who left unsure as to whether cities were the answer, at least we all started asking the questions.

As nations prepare for COP21 and Habitat III, I look to cities to help advance solutions to climate change and urbanization. The questions raised at the Chicago Forum begin a story whose ending is very much in doubt.

Executive Director Tom Dallessio’s Next City column is bimonthly. You can read all of his posts here.