Picture the Data of 1,000-Plus Bike-Share Systems in One Place – Next City

Picture the Data of 1,000-Plus Bike-Share Systems in One Place 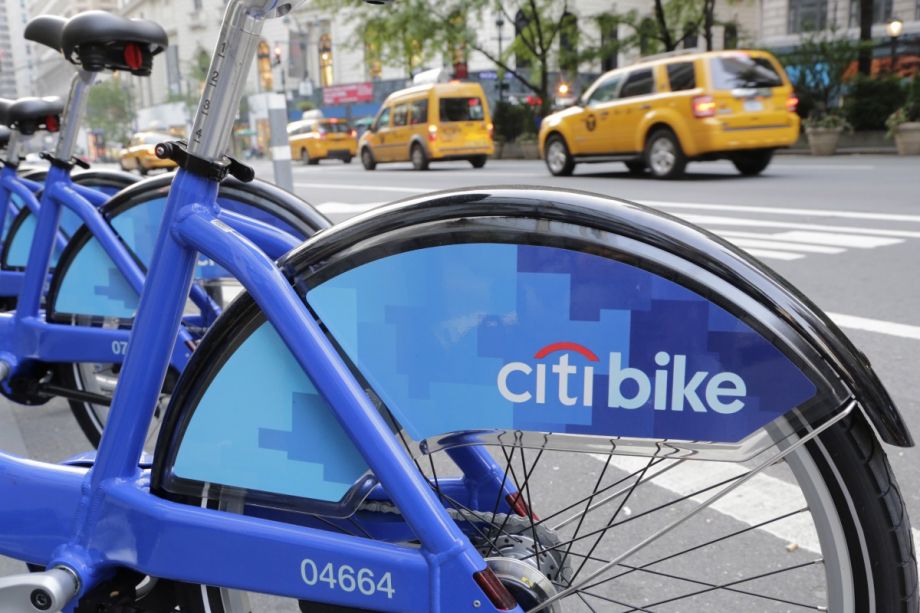 On Thursday, transportation data company Ito World is launching a commercial global bike-share data stream. App developers and app companies can pay for access. The stream will incorporate real-time data from more than 1,000 bike-share systems in cities around the world. The London-headquartered company says it will help further incorporate bike-share into transportation apps and, more importantly, support bike-share as an option for multimodal trip planning. Some bike-share operators see it as a chance to bring new users into the fold.

For most of bike-sharing’s short history, data has been something of a mess. When a new system opened, the operators tended to compile data about bike location and number of bikes at a station using whatever format they made up. More recently, American operators have been moving toward a standard called General Bikeshare Feed Specification. The standardization makes it easier for app developers to provide real-time data for many different systems and easier for researchers to analyze bike-share use and system performance city to city. But to date, only about 65 American systems have moved toward using the new standard, a drop in the bucket compared to the number of bike-share systems worldwide.

Ito World’s global data stream aggregates data from over 1,000 bike-share systems into one format that app developers can pay to use. Ito World CEO Johan Herrlin says it helps elevate bike-share to the level of public transit, driving and even ride-hailing in trip planning apps.

“If you’re local maybe you don’t need [this information]. But if you’re not local, you’re probably discovering a city’s transportation options through a third-party app. We help drive usage of the bike-sharing schemes. If people know what the options are for different forms of transportation, they can make choices,” he says.

“For years, people have been able to get info for buses and trains. And more recently, Uber and Lyft. But bike-share hasn’t really been part of that conversation,” Vars says. “Tens of thousands, even hundreds of thousands of users who are already using other modes can get exposed to bike-share [through popular apps].”

Vars sees other benefits to easier bike-share data access, especially as private bike-share companies make forays into the U.S. Some cities now have multiple systems operating. In Washington, D.C., there are five. For a bike-share user, having real-time data for every system in one place is far more reasonable than needing five apps to figure out which system has the closest bike.

For municipalities trying to regulate multiple private operators, a real-time data stream is a boon for enforcement. “Cities are writing all this regulation to maintain order in right of way. But they don’t have a good enforcement mechanism. They’re asking for reports, but it doesn’t help to know there was a bike parked illegally three weeks ago,” Vars says.

For Herrlin, the main utility of a global bike-share data stream is making it easier to include bike-share as an option in multimodal trip planning. With more and more transportation services popping up in cities, it’s likelier people are going to use multiple modes to get around. Ito World wants to help trip planning apps tell people how long it will take, for example, to ride bike-share to the subway, take the train, then drive in a car-sharing car to the office.

“Lots of organizations are engaged in multimodal routing. We’re trying to bring bike-share into that. … It’s going to be important to bring multiple forms of transportation together to solve the problems of urban dwellers. One of the key pieces of making that happen is reliable real-time data,” Herrlin says.

One app, Citymapper, has already incorporated bike-share into multimodal planning. The app is only available for 39 cities at this point, however.

Though he wouldn’t name the company, Herrlin says they’re working with a large trip planning developer to incorporate the bike-share data stream. To give a sense of the scale he might be talking about, Ito World provides some public transit data for Google Maps.

“It will be available for the public to access very shortly through a popular application,” Herrlin says.