Getting Freaky With the Trash Cans – Next City

Getting Freaky With the Trash Cans 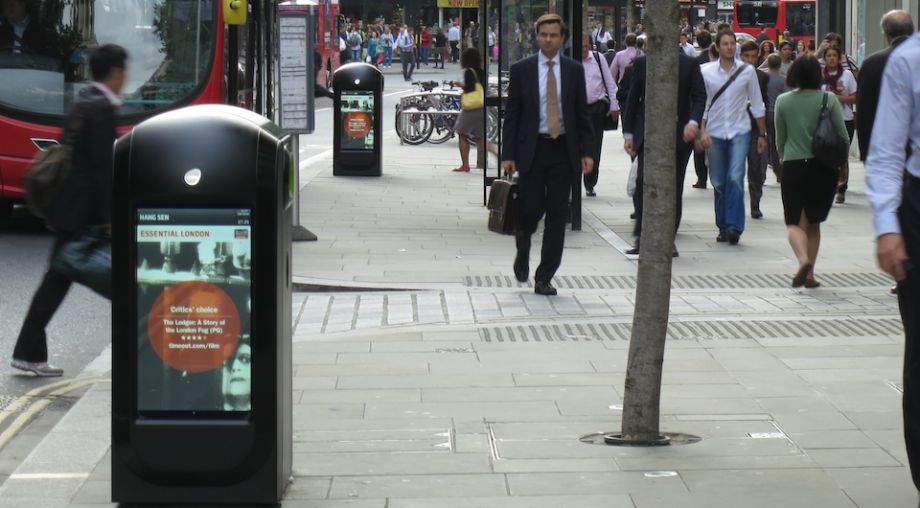 New York City Mayor Michael Bloomberg’s effort to reinvent the phone booth got us thinking about other staples of the city street that could do more, or at least do what they do better.

In Philadelphia, there’s been a tempest in a teacup over the Big Belly solar garbage cans installed in 2008. The cans compact trash and also use a cellular network to inform workers when they are full. It’s meant to require fewer visits and save labor. According to a report by the City Controller, the cans have delivered significant savings, but less than promised. Locals also complain that the handles users have to pull to open the bins, which are fully enclosed, get very dirty.

In Toronto, they’ve solved the problem of dirty handles on enclosed bins by using a pedal at the bottom, which when stepped on opens the flap at the top. 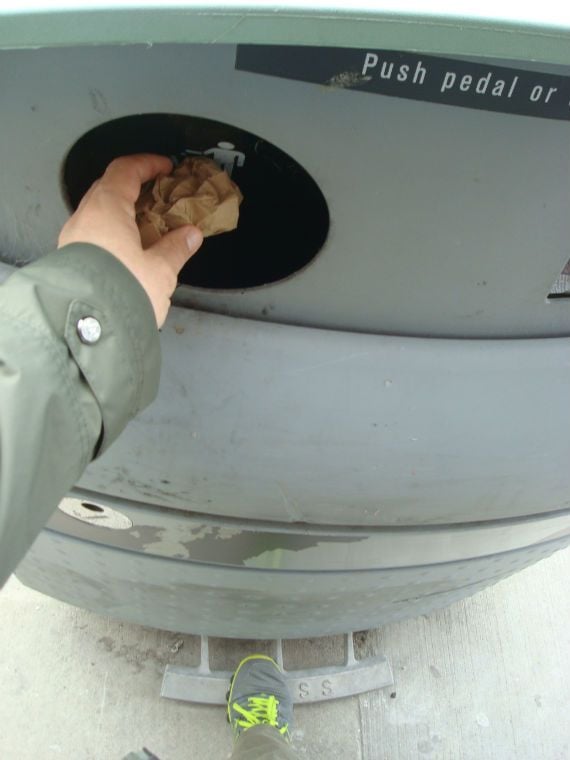 What other ways have cities gotten creative with the common street trash can?

Shanghai hosted the World Expo in 2010 and attempted to use the event to showcase ways in which cities could grow with less impact on the environment. One technology on display were these pneumatic bins that suck garbage and recycling into a computer-controlled center that automatically sorts the refuse without any humans coming into contact with it.

Perhaps if pneumatic technology is first deployed with garbage, that will be a first step toward cities that are fully rigged for pipe logistics.

The City of London, as the financial center of the UK, has been a target for streetside terrorist attacks. The city government has contracted for these space age, anti-explosive garbage cans as a way to keep the streets safer. With LED screens on the side, these bomb-resistant receptacles can also function as information displays for passersby — or places to stick an advertisement.

We contacted Joe Peach, founder of the urbanist website This Big City, for his take on the London bins. He wrote us back to say:

Bomb-proof bins are certainly a welcome addition to the City of London’s streets due to the historical tendency of those with bombs to be attracted to waste receptacles… Many public spaces such as train stations have removed bins, meaning citizens are left with nowhere to dispose their rubbish…. A TV screen on a bin is like the kind of future that no one wanted but everyone feared we might get… I’m yet to see someone staring at a bin waiting to find out if the Central Line is running on time. Thankfully I’ve also yet to see too many obtrusive adverts on these bins, though my cynical side thinks it’s only time before they become more common.

These bins are also showing up in Singapore.

Apparently, there’s a great diversity of garbage bins in London, including this park bench garbage can in Camden and this playground frog bin in Colindale.

For some reason, Berliners like to keep their waste bins elevated off the ground. The color coding gives them an attractive quality that hopefully makes users more mindful of the need to sort their recyclables. 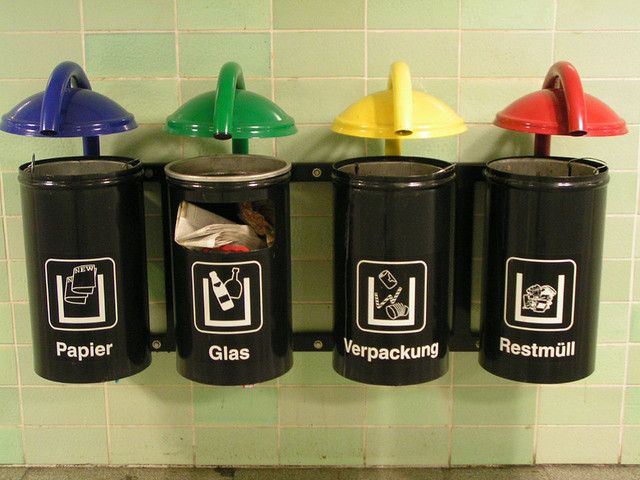 In France, they have the binless bin. These are simply bags hanging on poles and you can find them all over the place. It would seem like they would need a lot of staff to empty them frequently in order to prevent rips, but they are also good for preventing crime. You can’t hide a bomb or anything else in one of these.

For creativity, you can’t talk about inventive dustbins without mentioning Push, the walking and talking garbage bin from Disney theme parks. Push is as much a character as it is a working bin.

Disney isn’t alone in looking into ways to use technology to reduce litter. A group called The Funtheory experimented with a technique that made a garbage can sound like a bottomless hole:

That’s not to say that officials can’t dress up the same old system in faux-innovation, such as Atlanta Airport’s “GreenSort.” The Airport claims to be able to collect all waste in individual bins, compact it and then sort the recycling from the trash at the waste facility.

While sorting out the metal should be simple and probably the glass as well, these bins are definitely losing a lot of recyclable paper. Cardboard and other paper isn’t recyclable anymore once it has been contaminated by food and grease. By not only asking visitors to throw otherwise recyclable papers (like newspapers) in with everything else and then compacting it on site, there’s simply no way that lots of recyclables aren’t getting ruined. GreenSort looks like classic greenwashing.

Know about any other cities with interesting, inspiring or off-the-wall trash cans? Let us know in the comments.