Can a Baltimore Neighborhood Avoid the Pitfalls of Gentrification? – Next City

Can a Baltimore Neighborhood Avoid the Pitfalls of Gentrification? 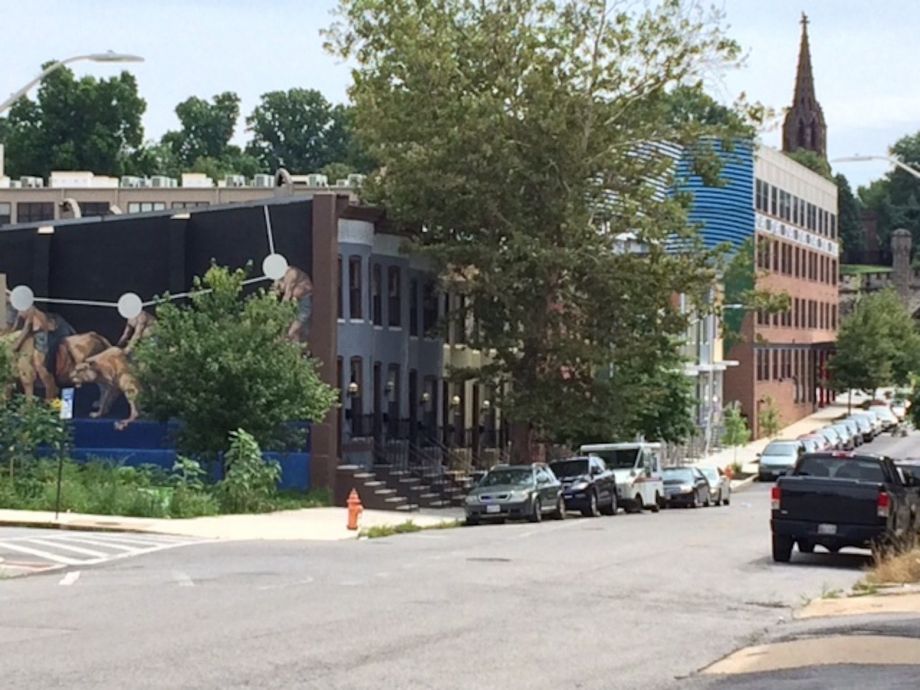 When Phillip Turner moved into the Greenmount West neighborhood in 1981, barely a 10-minute walk from the train lines of Baltimore City’s Penn Station, he was optimistic. “The city told us the neighborhood would change,” says Turner, an older black man who drives a bus for the city’s public school system. For decades Greenmount West has been marred by crumbling, vacant rowhouses and drug-fueled crime. Now, as economic development in recent years has begun to fulfill the promise Turner remembers, the community is grappling with what gentrification, Greenmount West-style, will look like.

Standing outside his house on East Lanvale Street on a sweltering July day, Turner recalls how he and several other men he knew all moved into houses on the same street in the span of two months. Change has come slowly over the last 30 years, and the problems that plagued Greenmount West when Turner arrived are problems that continue today. Several rowhouses on Turner’s block are boarded up. Just last November, federal ATF agents and city police conducted a raid in the neighborhood that targeted 48 members of the Black Guerrilla Family gang. (A positive event, to be sure.)

Still, the change Turner has waited for is happening — especially in the last six years — thanks to new development and new residents. Simply look at East Oliver Street, now the site of new and renovated townhouses, a tool library, a makerspace, the year-old Baltimore Design School for students in grades six through nine, and City Arts, an apartment building with 69 affordable-housing units for local artists.

But Greenmount West’s transformation comes at a cost. Greenmount West’s median home price rose from $10,000 in 2002 to $184,900 in 2013, when 19 housing units were sold. Property taxes have increased as people with higher incomes have moved in and rehabbed older or vacant buildings. The City of Baltimore considers Greenmount West a “community development cluster,” a designation meant to encourage developers capable of renovating entire blocks of vacant houses. As a result, an uptick in housing code enforcement has also troubled many of Greenmount West’s legacy residents — the ones who have been there for 30 years or more — who rely on sub-standard or subsidized housing to keep on living in their neighborhood.

“We have, per capita, one of the highest saturations of subsidized housing in the city,” says Marian Weaver, the outgoing vice president of the New Greenmount West Community Association. “Residents feel the prying eyes on their dilapidated homes. Some see it as an opportunity to get a big payday; others see it as the worst type of gentrification.”

Within the neighborhood, there are divisions between those who see the tax jump as a necessary evil — the cost of living in a safer and better-kept neighborhood — and those who worry they will not be able to afford to stay in the neighborhood that’s been their home, even during the bad times. Sergio Martinez, a 43-year-old artist and architect who sits on the board of the New Greenmount West Community Association and is currently rehabbing a rowhouse in the neighborhood, sits squarely in the former camp.

“The status quo cannot stay the way it is,” he says, referring to the drugs, the litter and the vacant properties inside Greenmount West. “We would love all this development and not have the property tax rise, but unfortunately this is what happens.”

It’s the same conflict playing out in cities across the country as college-educated professionals that decades ago would’ve decamped to the suburbs opt to live in the city. But in Greenmount West, there is another element: the so-called creative class and the public subsidies spent to attract creative professionals to low-income neighborhoods.

The neighborhood’s turnaround can be in large part attributed to its favorable location inside Station North, a collection of several central Baltimore neighborhoods formally designated an arts and entertainment district by the state in 2002. One of 20 arts districts in Maryland, the designation makes artists and arts businesses in Station North eligible for state tax breaks, including an income tax incentive and a property tax credit. Public arts projects and events supported by grants from local government, philanthropies and the National Endowment for the Arts have also contributed to make Station North a hot-spot for young professionals who have embraced the district’s new bars, restaurants and music venues. It’s no exaggeration to say that the state of Maryland has subsidized a hipster mecca.

Ben Stone is the executive director of the Station North Arts and Entertainment District. He continually grapples with the question of how to best leverage the growth for long-term impact that will benefit the city as a whole. He says that some of the concern over gentrification may be anecdotal, spurred just by the sight of young, white artists coming into an area with an older black population. (According to 2010 U.S. Census Data, Greenmount West is more than 70 percent black, and roughly one-quarter of all residents are between 45 and 64.) Stone, who participated in Next City’s 2012 Vanguard program, is quick to point out that Station North’s arts district designation hasn’t been appropriated by developers merely looking to raze buildings, that artists do indeed reside within the district’s boundaries.

“We have preconceived notions of narratives in cities, but cities are pretty complicated places,” Stone says. “What makes you a ‘legacy’ resident? If you’ve been there for 15 years, are you a gentrifier?”

It’s perhaps too soon to tell if Greenmount West will subvert the traditional pitfalls of gentrification. But Greenmount West is, and has been, a vibrant and diverse neighborhood, which is one of the reasons why people moving into the neighborhood don’t wish to alter its character.

“There’s a general consensus and desire that we do not want to push any of the legacy residents out of the neighborhood,” Martinez says.

And, right now it seems, there are legacy residents eager to live alongside a new creative class. On that sweltering July day, Shea Frederick, a software developer who’s nearly finished rehabbing a vacant house on East Lanvale Street that he purchased last summer through the city’s Vacants to Value program, takes a break from sanding drywall to chat with Turner. The bus driver is off to get a haircut, but not before he compliments Frederick on his house. Nodding in his direction, Turner says, “People like you are helping us out tremendously.”