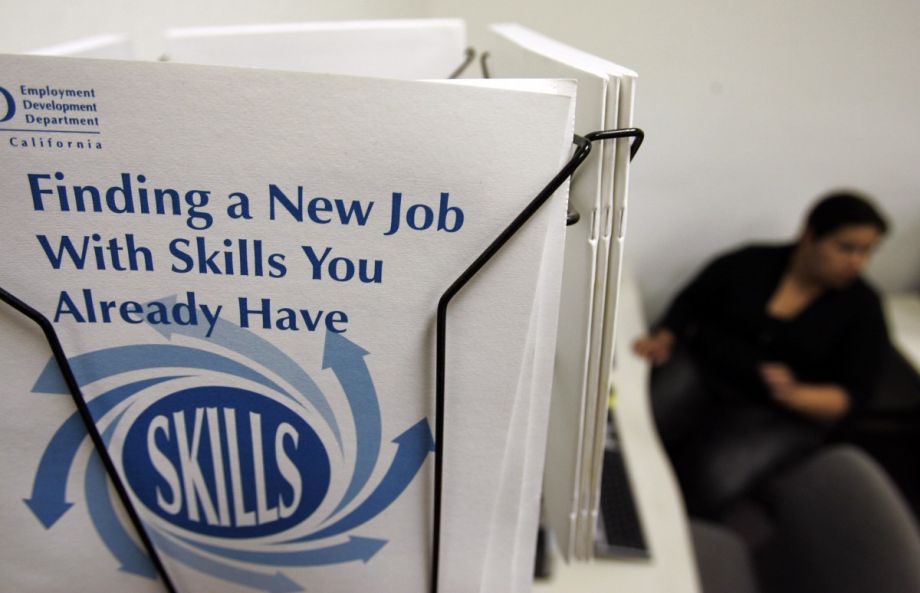 If you’re a mother of two and working a part-time job, finding the time to train for a better-paying, more demanding career can seem near impossible. But career training programs throughout the country are beginning to understand that offering support services that help women and families, like child care and emergency cash assistance, will help them graduate more people.

That’s according to a new study by the Institute for Women’s Policy Research, which interviewed 168 workforce program administrators in 41 states and the District of Columbia. Most of these participants said issues like child care, financial restraints and even mental health issues contribute to keeping students from getting certificates.

“Anecdotally in the field, there was clearly a sense that supportive services are being reported on and needed,” says Cynthia Hess, an associate director of research at the IWPC. “But not a lot of research has been done to see which supports make the biggest difference.”

At least, until now. Hess and her colleagues found that securing stable child care while spending time away from children to study was a common struggle for women who left these programs. Sixty-five percent of program administrators highlighted it, as compared to only 38 percent saying that factor led men to drop out of their classes.

Conflict with the day job and other daily scheduling issues also had a greater effect on women than men. Fifty-two percent of survey respondents reported that not having enough time to devote to training impacted women students, as compared to 38 percent reporting the same impact on men.

But there’s hope that these organizations can reverse this deficit. Hess says more and more programs are coming up with creative ways to address these needs by partnering with local organizations that can build up a kind of support network that’s easy to access for students.

Organizations that had partnerships like this, or sufficient funding to provide these types of services on their own, saw higher student completion rates. Two-thirds of these program administrators saw students graduate at a rate of 80 percent, while those who said they weren’t meeting their students’ needs saw rates as low as 30 percent.

Programs at community and technical colleges were less likely to offer a wide diversity of support services to their students, which is probably why they were also nearly twice as likely to report issues with dropouts than programs at the community level.

Hess says it also has to do with the length of the program: “Community and technical colleges technically offer longer programs, and for some people it may just be more difficult to stick it out for two years.”

The evidence isn’t all conclusive. Just because you’ve dropped out of a training program that didn’t also offer child care services doesn’t mean you weren’t getting child care help through another, unaffiliated source. Individuals who are poor or are from disadvantaged backgrounds face a milieu of difficulties that make committing to long-term responsibilities a hard bargain.

But because programs that had stronger networks of partners — instead of concentrating their efforts into a single institution, like a college — were more likely to produce strong results, more organizations are starting to go that way.

One program that stuck out to Hess as exemplary in this way was in Northern Kentucky. The Brighton Center, for example, works in the greater Newport, Kentucky, and Cincinnati, Ohio, area, and provides housing, financial services, and community and youth services alongside its workforce development program. On top of that, it provides grants to low-income individuals through its Career Connections program.

Wonda Winkler, the Brighton Center’s executive vice president, says students indicate at the start of their application process for workforce training not only what their career interests and experiences are, but also what types of additional support they may need to make it all the way through.

If they fail to mention personal issues or barriers at the start of their application, they’re also welcome to report them at any point in the training. “It happens all the time,” says Winkler.

Another major area that hasn’t received much research? Domestic violence. One in three respondents in that IWPR report said violence or intimidation between intimate partners was preventing students from finishing up with their courses.

The Brighton Center offers family and domestic violence services to its clients, and Winkler says it’s an issue that she thinks workforce programs need to be more proactive about.

“It’s kind of a silent barrier that isn’t mentioned in most screenings,” she says, referring to initial workforce placement tests. “I think there’s a hesitation that it will bring these programs up to an issue that they’re not equipped to handle. But you don’t need to be equipped to handle it — you need to be partnered with folks who are.”

Facing budget shortfalls and a lack of capacity to provide support services, the Brighton Center partnered with local organizations back in 2007 to create what’s now called the SafetyNet Alliance of Northern Kentucky. It started off with just five partner groups, and is now 133 strong. Together, they work to provide emergency services to Kentucky’s most vulnerable residents, in the type of ecosystem that Hess says more local workforce programs need to initiate.

It reduces the stress of finances, increases the efficiency of response time and reduces the bureaucracy. And her last piece of advice to those programs nationally that are looking at supporting their students beyond the career pipeline is a clear shot at how to achieve the types of synchronization backed by Hess’ research.

“Financial resources are important, but so is working with existing resources in a very smart and thoughtful way,” says Winkler.