‘Future of the American City’ Study Launches in Miami – Next City

‘Future of the American City’ Study Launches in Miami 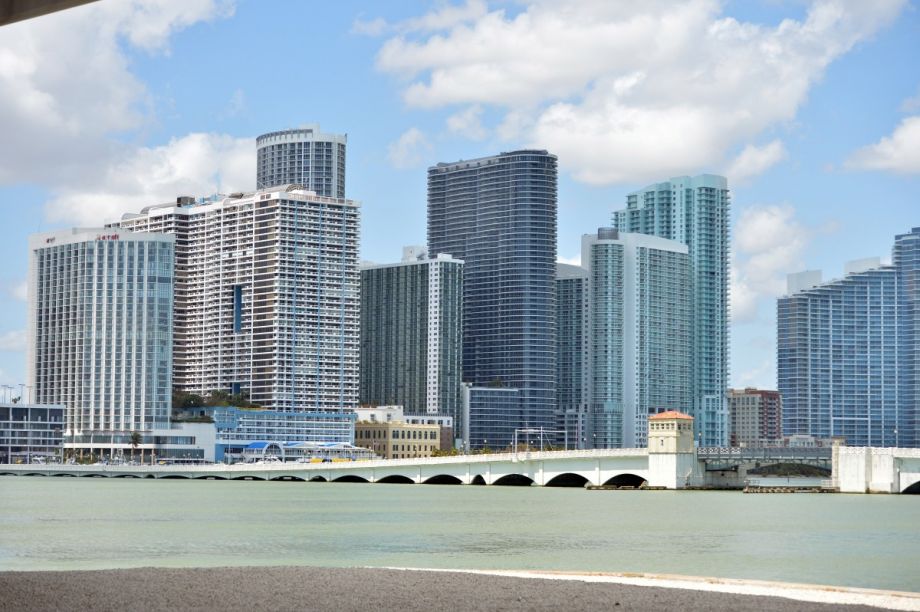 Sea level rise in Miami could increase by as much as 5 feet by the end of this century. (Credit: mpi122/MediaPunch/IPX)

By 2030, the seas around Miami could rise between 6 and 10 inches above what the mean level was in 1992, according to a 2015 report from the Southeast Florida Regional Climate Change Compact Sea Level Rise Work Group. By 2060, conservative estimates put the increase at between 14 and 26 inches. And by the end of the century, depending on the extent of future greenhouse gas emissions and how severely that affects the climate, sea levels could rise by as much as 5 feet.

That’s significant potential devastation for a city that is already living with the day-to-day effects of climate change.

That’s why this week, the Knight Foundation announced a $1 million grant to the Harvard University Graduate School of Design, to carry out a three-year study aimed at working with residents to build solutions for some of the most pressing issues facing Miami and Miami Beach. The project will embed Harvard researchers in the region, develop three Miami-focused courses in the Graduate School of Design, and, according to the announcement, produce “a set of actionable, design-based recommendations.” This work is the first phase of a project the school is calling Future of the American City. Later phases will involve work in Boston, Detroit and Los Angeles.

“We hope that this serves as somewhat of a crystal ball into what challenges in the American city will look like in 20 years,” says Moas.

Beyond the focus on climate change and sea-level rise, the study will also address housing affordability and transit mobility. Like most other cities around the country, Miami and Miami Beach suffer from a shortage of affordable housing. In summer 2017, the Miami New Times reported that Miami Beach had essentially given up on goals, set in 2011, to build 16,000 affordable units to house the housekeepers, cooks, and hotel staff who power this international tourist destination. And the Miami Herald has featured stories about housekeepers forced to endure long, grueling bus commutes between their Miami Beach jobs and the far-flung apartments they’re able to afford.

Harvard’s Graduate School of Design has already been working in Miami and Miami Beach for the last half-decade, says Dean Mohsen Mostafavi. The school has offered courses centered on sea-level rise and resiliency in South Florida, and in 2015, GSD students designed the pavilion for the annual Design Miami fair. But the partnership goes deeper than that, Mostafavi says. All of the GSD’s work over the next three years is intended to bring local residents into the center of the effort and “recalibrate the relationship” between public and private actors in the design process.

“It’s been a very long focus,” Mostafavi says. “We didn’t just sort of land in Miami and write the proposal for the Knight Foundation. … We know many of the local people, politicians and developers down there, and this is the natural consequence of our experience.”

The school will offer three graduate design studios each fall for the next three years: one focused on urban mobility; one on the role of higher education and medical institutions in the city’s economy; and one centered on the ways that Miami’s ethnic neighborhoods shape its cultural identity, according to the press release. Students will travel to the region for discussions with local residents, officials and other stakeholders for a week each semester. Ultimately, the research is meant to yield “rigorous yet grounded” policy and site proposals, toolkits and white papers that offer specific design solutions to the issues at hand. Mostafavi says the group plans to communicate its recommendations to everyone, from residents to elected officials to small-time developers.

In the process, says Jesse Keenan, a faculty lecturer in architecture at Harvard GSD, the group hopes to break new ground in designing for urban problems. Traditional approaches to design and development are built around immediate economic benefits that officials and residents can measure, Keenan says. The school’s aim for the project will be to bring together various priorities — from climate challenges to social and economic equity to public participation in planning — and develop “a multi-generational orientation to the morphology of cities.”

In a blog post that accompanied the announcement, Mostafavi wrote that the study is meant as a step toward developing a national discourse about the future of American cities. So what’s missing from that discourse?

“The current discourse is too much focused on the role of capital and the role of private development,” Mostafavi says. “Without, probably, sufficient attention to the way that public and private sectors can work more collaboratively to produce environments that are really more generous for citizens of all backgrounds.”