From the Archives: Charity Case – Next City

From the Archives: Charity Case 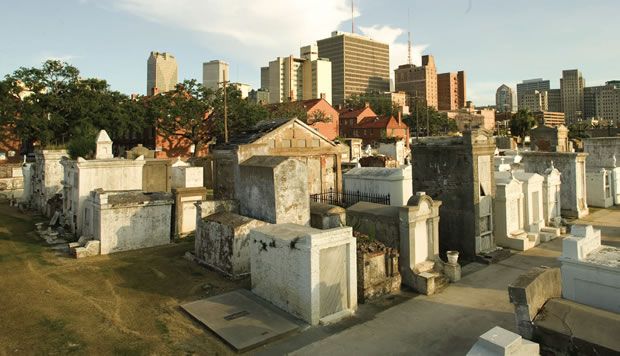 All photos by Neil Alexander

To celebrate its 10th anniversary, Next City is republishing some of its best stories from throughout the years. In the feature below, which originally ran in the summer 2008 issue of Next American City magazine, Brentin Mock details the plight of New Orleans’ Charity Hospital, a building shuttered since Hurricane Katrina. The hospital remains vacant but won’t stay that way for long, as New Orleans announced plans this past June to move its city hall into “Big Charity.”

On the second day of Hurricane Katrina, doctors and patients in New Orleans’ Charity Hospital began breaking windows that had withstood the fury of the storm. They needed ventilation in Unit 11, the third floor mental health ward where water surrounding the hospital had trapped registered nurse Marva Guillemet, a small team of other nurses and doctors and a dozen patients, one of whom was pregnant.

Without electricity, chaos impending, Guillemet and the hospital staff braced themselves, relying on procedures not taught in medical school. Food and water quickly grew scarce. Guillemet and the nurses fed the patients their own packed lunches. Toilets stopped up, so trash bags became makeshift waste outlets, stored in the hospital stairwell after use. Many people would have collapsed in such a crisis, but Guillemet could not afford to with patients who depended on her. The building stood equally strong: Charity Hospital, a facility dedicated to the poor and uninsured, saved the lives of more than 200 patients and caregivers while hundreds of other buildings throughout the city buckled.

All told, however, these scattered facilities handle only 55 mental patients and many of these weaker structures, lacking the fortress-like protection of Charity, would not withstand the devastation of another level-5 hurricane. LSU and the New Orleans Veterans Affairs Medical Center, whose facility also closed after Katrina, plan to build adjoining campuses by 2012 across 70 acres of land near downtown New Orleans. At $1.2 billion, this comprehensive hospital megaplex would be one of the most expensive health facilities in the country, re-configuring the city’s “footprint” more extensively than Katrina. But controversy has erupted over the plan. While the VA hospital says the new facility would not significantly impact the environment and city layout, the National Historic Preservation counters that 24 blocks of historic terrain — covered in the National Register of Historic Places — would be razed, not to mention more than 200 hundred homes. The plan may not only exacerbate New Orleans’ communal ills, but also begs the question, Why spend billions of dollars on a new hospital when the old one still stands?

Chicago faced the same dilemma when the Cook County Hospital building, a Beaux-Arts architectural landmark, was closed to make way for a new 464-bed facility in 2003. The Landmarks Preservation Council of Illinois argued that, at a cost of $85 million, reusing the old building would On the second day of Hurricane Katrina, be more cost-effective than the $600 million needed to build from scratch. But the old hospital’s 1.2 million square feet now stand empty. Similarly, in New York City, the St. Vincent Catholic Medical Center is appealing to the City’s Landmarks Preservation Commission to let them take out a chunk of the Greenwich Village Historic District, including their current facility (designed by New Orleans architect Albert C. Ledner), for a brand new, $830 million, 21-story hospital tower.

Guillemet has returned to Charity once since Katrina. After securing an appointment with LS U (the only way anyone can access the building now), she went to retrieve her belongings. “Things were a mess,” she says, “but not totaled. I don’t know why, if the first and second floors didn’t have any water [from flooding], they couldn’t repair it? There were so many people who were getting good care from Charity.”

Conceived to serve the indigent and built with money bequeathed by a French shipbuilder in the 1730s, Charity Hospital went through seven incarnations as New Orleans’ general population and number of poor and uninsured increased. Its final embodiment, a colossal, art-deco structure built in 1939 on a major chunk of Tulane Avenue, was intended as one of the largest and most substantial healthcare facilities in the world. Through its 272 years of existence, it has remained the bedrock of well-being for New Orleans’ poorest and has instructed and trained generations of medical professionals. Only two other hospitals in the country, Cook County Hospital and Bellevue Hospital in New York City, have comparable legacies.

By 1970, when the Lousiana Department of Health and Hospitals took charge of Charity, the hospital needed significant updates to accommodate changing medical needs. Hospitals are measured in beds, but like prisons, that number does not account for how many people they serve on a yearly basis. Charity suffered from chronic overcrowding proportionate to the extraordinary number of low-income and uninsured residents of New Orleans. In 1973, the Health Education Authority of Louisiana recommended building a new wing with 1,200 more beds while renovating to make room for newer surgical and trauma services. But it also sensed that “no matter what steps the Hospital takes, the large adjunct departments will never be ideal. The shape of the building precludes good layout.”

As was also the case with four prominent public housing complexes that government officials had wanted to close for years, Hurricane Katrina spelled an all-too-convenient end to Charity. James Moises, director of Tulane University’s hospital emergency department and medical instructor at LS U, was determined to restore the facility. Less than a week after the worst of the storm passed, Moises received word from one of the resident doctors who had been coordinating with Special Forces medics to get back inside the building. (Charity’s emergency and trauma units were training grounds for military doctors preparing to go to overseas wars.) The Special Forces doctors told Moises that the Navy could pump the water out of Charity’s basement. He assembled 200 doctors, med students and other volunteers to decontaminate and clean the lower floors. LSU officials, however, declared the building “unsalvageable” on Sept. 19, 2005, and evicted Moises’ team, threatening them with criminal trespass if they tried returning to clean up. “Charity Hospital could have been open in October of 2005,” says Dr. Moises. “At least the first three floors could have. Instead, LSU spent millions on temporary facilities.”

LSU commissioned a damage assessment by Adams Management Services to justify abandoning the building. They reported what most already knew: The major damage was concentrated in the basement where flooding prevailed. The 21-page report also declared that “Hurricane Katrina destroyed approximately 30 percent of the existing windows,” although people trapped inside broke many of those windows for ventilation. “LSU didn’t close Charity. Hurricane Katrina closed Charity,” quipped Dr. Fred Cerise, Secretary of Louisiana Department of Health and Hospitals. “We have a lot of services backed up throughout the region now, but we can’t occupy that facility any longer.”

Some questioned the report after learning that LSU had contracted Adams to examine a replacement facility for Charity before Katrina. Cerise claims, however, that LSU’s decision has been corroborated: “A number of independent analyzers concluded that the state needed to replace the facility, and there was planning before Katrina to do just that. FEMA also went in and concluded that the best decision would be to rehabilitate University Hospital and not the old Charity Hospital.”

The identity of these independent analysts, however, remains undisclosed. Early legislature sessions authorized LS U to move forward with a new hospital. LSU and the VA are scheduled to receive a $225 million line of credit from the state, as well as $74.5 million for land acquisition and design. FEMA has pledged at least an additional $200 million. FEMA can only stay committed at that level, however, if Charity needs to be replaced. Meanwhile, the current legislature and new governor, Bobby Jindal, have pumped the brakes on the project after realizing this would prove one of the most expensive hospitals in the world.

The legislature passed a resolution in 2006 authorizing an independent team to assess whether the first three floors of Charity could be used until the completion of a new facility. As reported in a May 12th press release, the Foundational for Historical Louisiana has retained RMJM Hillier of Philadelphia to complete that assessment. “The Charity Hospital is an important historic landmark in New Orleans,” said Dr. George C. Skarmeas of RMJM Hillier in the release. “It deserves a careful evaluation to produce a sensible and sustainable plan for its future.”

While LSU holds out for a state-of-the-art hospital, New Orleans is in a state of crisis. The dearth of mental health treatment facilities has left mentally disabled people out on the streets. Many will only find patient beds and treatment in prison. A class-action lawsuit was filed on Jan. 17, 2008 on behalf of New Orleans residents suffering from lack of adequate treatment. Charity Hospital, the city and the state have historically promised to care for indigent and uninsured patients — with Charity in limbo, the lives of these poor residents have been endangered, say proponents of the suit. “LSU has been anything but transparent in explaining how they spend money they’ve received from the state to run Charity,” says S. Stephen Rosenfeld, a Boston attorney representing the patients. “We specifically are asking about the money they’ve used before Katrina and after Charity closed. After Katrina, they begrudgingly reopened University Hospital, where now only a scarcity of care exists that resembles what Charity provided before Katrina.”

LSU has little relief planned for the near future. Ten more beds are slated for New Orleans Adolescent Hospital (NOAH), once more staff is hired. Among those currently staffed at NOAH is nurse Marva Guillemet, who returned to work despite suffering post-traumatic stress disorder. At 61, Guillemet is staunchly dedicated to the high-risk, high stress field. When Katrina was approaching, she gave her brother a car in which to evacuate her family, despite urgings to join them. “I volunteered to stay in Charity with my patients,” says Guillemet. “I wasn’t going to leave them.”