From Pre-K to Political Willpower: The Economic Case for Investing in Education – Next City

From Pre-K to Political Willpower: The Economic Case for Investing in Education 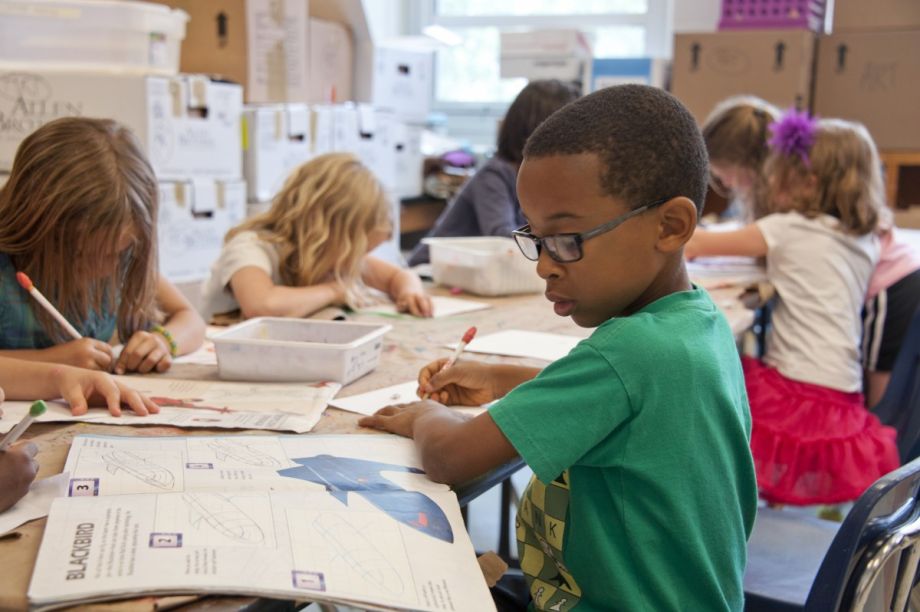 City economic development officials often calculate the “spillover” effects of investing tax dollars in a new stadium or convention center, but rarely do they calculate the opportunity loss of those tax dollars being diverted from other sources, such as schools. (CDC via Unsplash)

Here and abroad, research has proven that investment in education generates incontestably impressive economic impacts. Plus, unlike business incentives – which often involves winners and losers – an investment in Pre-K through 12th grade education ensures that all young people, regardless of their parents’ socioeconomic status, have an opportunity to be winners and earn more income in their life trajectory. In fact, growing investment in education and our future labor supply is one of the most equitable approaches to growing jobs and GDP.

In U.S. economic development, it is rare to find practitioners focused on education as a strategy for job growth and increasing the median wage. Instead, the focus is typically on attracting companies and high-skilled talent to boost job and revenue generation. I don’t argue this is not an important strategy, but it is only one half of the solution. Focusing on job creation while underinvesting in the local talent pipeline will exacerbate existing inequalities, frustrate employers seeking local talent, and stunt local economic growth. The one-sidedness of our approach is concerning, but what worries me even more is how little Americans seem to be willing to do to change the inequitable funding structure that underpins the U.S. education system and perpetuates intergenerational poverty, as is evidenced in this poll by Governing.com where respondents were overwhelmingly against raising taxes for education.

There are also many Americans that do not believe a greater investment in public education will lead to better results. I know this shortsightedness first hand, because I serve on the board of The Fund for the School District of Philadelphia and in soliciting support have encountered numerous people who question the need for increased funding for public education. It’s hard for me to understand this viewpoint. Philadelphia’s school district, like many urban school districts in the U.S., has struggled with fiscal deficits and cuts for decades. The cost to rehabilitate its aging facilities, plagued by ongoing environmental and structural issues, has been calculated at more than $5 billion, and this sum only represents stabilization; the modernization our kids deserve would surely cost billions more. Academic, social, and extra-curricular gaps all require many billions on top of that.

As an economic development professional and former city government official, I have seen many economic evaluations measuring the impact of a particular investment – whether it’s a new stadium or convention center, a business relocation, or the impact of an economic incentive program. Economists calculate the direct return on investment, as well as indirect, adjacent and multiplier effects, often referred to as the “spill-over effect.”

But rarely – if ever – do economists calculate the opportunity loss of those tax dollars being diverted from other sources, such as schools. Shouldn’t we also do the math to understand the impact of spending those millions of dollars in education and public services? I am certain that such analysis would provide a more complete picture for policymakers and taxpayers.

In fact, there have been some studies that help shed light on the economic potential of investing public dollars in education, although they are focused on early childhood education. A 2016 working paper argued that investing in early childhood education (based on studying two 1970s North Carolina early childhood programs) had a wealth of benefits. Participants tested higher on IQ tests, had lower healthcare costs and greater earnings. Nobel laureate James Heckman, a co-author of the paper, told NPR that the rate of return on this investment would be about 13 percent per year, “much higher than the annual return on equities in the U.S. stock market.”

In his book, “From Preschool to Prosperity” Tim Bartik, head of the Upjohn Institute for Employment Research, argues that well-designed early childhood education programs pay big economic dividends down the road because they increase the skills of their participants, the majority of whom will remain in their local economy, and more people with better skills attract business, which provides more and better jobs for the local economy. And in his 2013 TED Talk “The Economic Case for Pre-School”, Bartik makes the economic case that investing in preschool reeps a $3 return for every dollar invested. Notably, Bartik does not argue that we should eliminate business incentives, instead he proposes that business incentives and early childhood programs should be considered together because they complement each other in a balanced economic development strategy. In a 2011 book, he argues; “Some local economies may need more of a boost to labor demand, whereas other local economies may need more of a boost to labor supply. But most local and national economies will benefit considerably from strengthening both labor demand and supply.”

It wouldn’t be a huge leap to assume that an increase in K-12 education investments would have similarly positive impacts on the skills of future workers and their wage-earning potential as investing in pre-K. And indeed, studies have shown that investing in learning leads to major economic returns, both in terms of salaries and gross domestic product (GDP).

Education-focused organizations such as The Learning Agency, an organization that provides data-driven education consulting, and the Annie E. Casey Foundation, which has committed half its philanthropic investment to young people; have conducted studies that strongly support the notion that educational investments directly correlate to higher wages and improved economic conditions at the individual and regional level:

Looking at the global picture, we have international examples we can learn from. Take South Korea, for example, whose success puts our own dire situation into startling relief. If you travel the streets of Seoul, replete with sky-scrapers, commercial shops and buzzing foot traffic of consumers, it is hard to imagine that South Korea was once an impoverished, mostly agrarian nation until the 1960s. After the Korean War, South Korea invested in primary education, teachers, vocational education and school quality as core strategies for human capital development. Many scholars, such as Michael J. Seth, author of “Education Fever”, credit South Korea’s investment in education and human capital development as a primary driver of its 9% economic growth and hundredfold per capita income increase since the early 70s. A recent report published by South Korea’s Ministry of Education states: “Education was the energy that drove Korea to become an advanced country. Despite several national crises, it has amazingly grown since its independence in 1945. Behind Korea’s success was the people’s passion for and state investment in education.”

South Korea isn’t the only country that has made a significant investment in education within a framework of economic development. Germany has long invested in a Dual Vocational Education and Training (VET) program, whereby high school students participate in an integrated model of school-based learning and work-based practice. Over 50 percent of Germans participate in VET as a route into employment. This model has been invaluable to the German economy, which has one of the lowest youth unemployment rates in the EU, and also the largest trade surplus.

I know many in America will argue that this investment, while necessary, is too expensive to make. Without downplaying the challenge, I go back to the key differentiating factor between the United States and South Korea when it comes to investment in education: political willpower. South Korea didn’t strike oil or gold when it chose to make massive investments in education and economic development; it borrowed a lot of money and sought out technical assistance from Japan and Western countries. Just as we borrowed for the New Deal in the 1930s and just as we are currently borrowing for COVID economic stimulus and relief. The U.S. federal, state and municipal governments must be bold and invest big — and wisely — in preK through 12th grade education, including the following priorities:

With so much evidence pointing to the equity and economic benefit of investing in public education, it’s clear that we as a nation have short-changed Americans’ educational needs for generations. We know what is needed. Now we just need to find the will to make it happen.