Fresno Doesn’t Have to Look Far for Health, Wealth Building – Next City

Fresno Doesn’t Have to Look Far for Health, Wealth Building 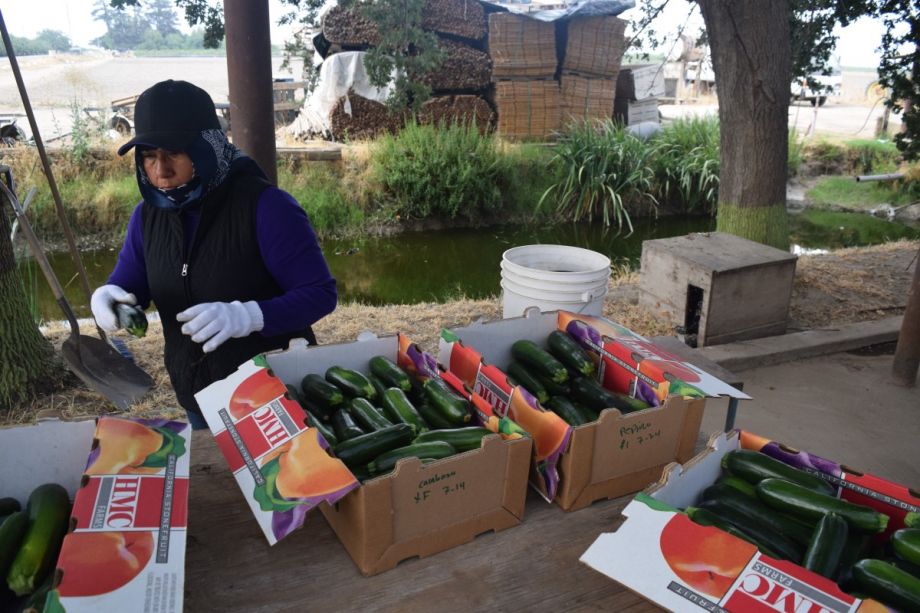 Picture this: A mother tells her daughter to run down to the neighborhood grocery store to pick up some fresh produce for dinner. The family has an ownership stake in the market, where they can buy fruit and vegetables sourced from a nearby farm and freshly baked bread from a local bakery, both of which are in the grocery store’s “network.” On her way home with her purchases, the girl sees a truck from the store on its way to deliver food to people’s homes.

This is the vision of the Food Commons initiative, which now has a prototype in Fresno, California. The test includes a farm, a community supported agriculture-style subscription service, a wholesale business, and a commissary kitchen available to food truck owners and other food-related entrepreneurs in the city.

A not-for-profit trust owns the for-profit business corporation. A financing arm, similar to a community development financial institution (CDFI), is in the works.

Fresno is an ideal city for testing the model. Located in California’s Central Valley, it’s in one of the nation’s primary agriculture producing regions. But the United States Department of Agriculture identifies nearly 100 census tracts in Fresno County as low-income food deserts. Much of the produce grown there is exported.

“There’s communities and things that have been left behind in how agriculture has evolved and how our food system has evolved, and we’re trying to go back to those neighborhoods that were left behind and find a way where they can prosper as well,” says Kiel Schmidt, operations and wholesale manager at Food Commons Fresno.

“Often farm labor is called unskilled labor but if you see the work that has to be done and actually experience that work, it’s highly skilled work,” Schmidt says. “But those jobs aren’t attached to high-earning wages and they don’t have retirement benefits, things like that.”

The Commons is aiming to build local wealth. Currently, workers at Food Commons Fresno make above California’s minimum wage of $10.50 per hour, with farm laborers starting at $12 per hour and packers at $11.

The venture is in startup mode right now but as it grows, there’s a plan to raise wages, Schmidt says. They also intend to implement an employee stock ownership program (ESOP) that would allow worker-owners to build equity in the business, and hold a direct public offer so that anyone in California can buy a share in the Food Commons.

“What we’re calling ourselves in many ways is like the Green Bay Packers of food,” says Jamie Harvie, Food Commons’ coordinating director at the national level. “It’s the only football team in the U.S. where the community has bought shares in this, so it’s why the Green Bay Packers is never really going to go up and leave Green Bay and why these fans are so crazily invested in their team.”

Additionally, the Commons has set up its governance, bylaws and articles of incorporation so that it would be hard to sell.

“We wanted to try to do the best we can to insure that if this concept is successful, that in 20 years or 30 years or 100 years, it would be very, very difficult for any one person or group to say, ‘man, the Food Commons is really successful. We’re going to sell it to some investor who doesn’t live in this community,’” says Warren King, development director of the Food Commons and president of the organization’s Community Corporation Board in Fresno. “We have plenty of evidence that that kind of structure is what’s hurt our communities. What created disinvestment in our communities.”

For Food Commons, relationships and word of mouth have been important, Schmidt says.

To run its successful CSA program, Food Commons Fresno works with about 10 farms year round and up to 40 others on a seasonal or one-time basis. Food Commons also works with suppliers to add non-produce products like coffee beans, olive oil, bread and chocolate to boxes. It also purchases goods like fruit jams and tomato sauces from the food production program at California State University, Fresno.

Food Commons Fresno supplies food for some anchor institutions, including the University of California, Merced, and Community Regional Medical Center, too, as well as some local restaurants and nonprofits.

“I think what we’re trying to convey is there are alternative ways to do this and we can do that so that community can fully fund and create a fully functional local food system,” says Harvie. “We want to explore and work with others who are interested in thinking holistically and thinking about place.”