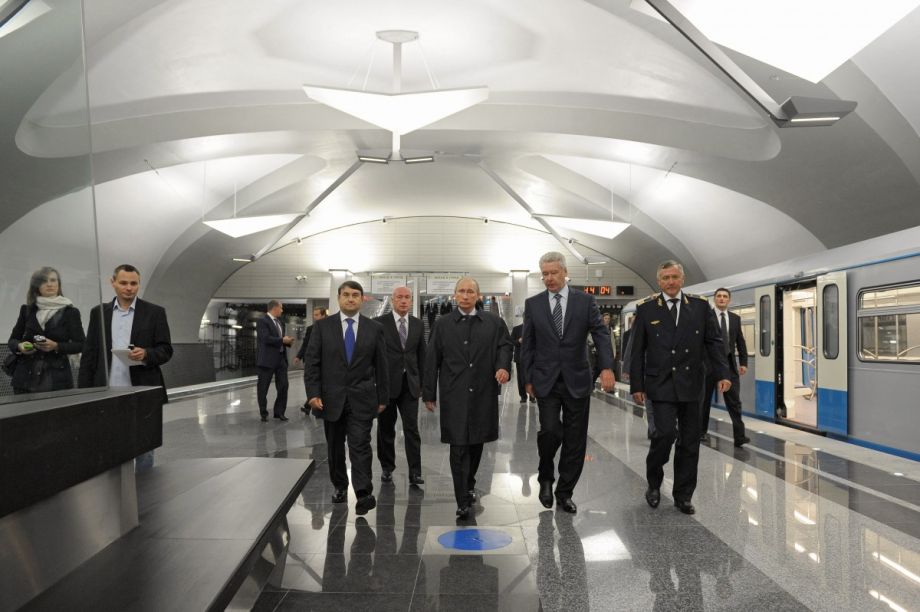 French Procurement Fiasco Not So Bad?
The revelation by the French newspaper Le Canard Enchaîné that France’s national railway bought 2,000 trains that are too wide for thousands of platforms is no doubt embarrassing, and Transport Secretary Frédéric Cuvillier ordered an investigation into how the error could have occurred. He even used the mistake to call for a fundamental reform of SNCF (the national rail operator) and RFF (the infrastructure owner), saying that the hard work of railway reform is worth doing given “the state of dysfunction of rail in France.”

But the error — SNCF forgot to take into account that there are still 1,300 platforms built to the old standards — is not very costly as these things go. SNCF and RFF are still fighting over who will pay, but the total bill will be 50 million euros (a bit more than U.S. $68 million). While the mistake obviously should never have occurred, this is a pittance compared to the 15 billion euros that was spent on the new regional trains, and pales in comparison to even mundane cost overruns for large capital projects.

To put the extra spending into perspective, the cost overrun on the Grand Paris Express plan to ring the capital with driverless metros is 2 billion euros, before work has even started. In New York City, the East Side Access project to bring the Long Island Rail Road to Grand Central has run many billions more over its cost.

Rio Tinto to Test Driverless Ore Trains
In the United States, regulators are set to consider rules that would require two workers on each train, especially freight trains. But in Australia, they’re moving in the opposite direction: Mining giant Rio Tinto will start testing its “AutoHaul” driverless freight train system.

If successful, the driverless trains, initiated as part of the “Mine the Future” program, will be “the world’s first fully-autonomous heavy haul, long-distance railway,” says the company. The costs of development were high — more than half a billion dollars — but the incredibly high wages that the human drivers earn have made automation an attractive proposition for metals and mining multinational.

The 400-plus workers in the remote Pilbara region who earn about $240,000 a year probably are the highest-paid train drivers in the world, according to UK-based transport historian Christian Wolmar. Australia’s decade-long mining boom has sucked up skilled workers, raising wages for engineers to drivers at Rio, the second-largest exporter of the mineral, and its closest competitors, Vale and BHP Billiton.

The three companies that control about 59 per cent of the $145 billion-a-year ($155 billion) global iron ore trade are automating to bolster margins and squeeze out extra capacity as they boost supply to a record to feed steel mills in China, the biggest buyer. The push by Rio, which aims to move about 290 million metric tonnes on its rail network by next year, is expected to be the biggest driver for cost cuts in its iron ore unit after currency swings, according to Deutsche Bank AG.

China to Build Moscow Subway
When Mao Zedong first came to power, he took a trip to Moscow and marveled at the Soviet capital’s metro system. Upon return in 1950, he declared that Beijing, plus a number of other Chinese cities, should have one too. The Beijing Subway was slow to materialize, not opening for another two decades, stalled by the deprivations of the Great Leap Forward and the Sino-Soviet split.

But since then, the Chinese have caught up fast, and the student has finally become the master: Chinese firms have signed preliminary agreements to build a new subway line in Moscow — plus maybe many more.

The 15-kilometer line, with six to eight stations, will reportedly be financed by 21.5 million square feet of real estate development — the equivalent of nearly 10 Empire State Buildings.

The agreement will extend beyond metro construction, Khusnullin told The Moscow Times on Monday. “The idea is that the Chinese investors will organize investments in construction in the metro and in 2 million square meters of real estate: offices, residences, commercial property and so on,” Khusnullin said.

It is through the sale of this property that investors will make back the capital they committed to the metro line, which will extend for nearly 15 kilometers from the planned station Ulitsa Navatorov to the region Kommunarka in New Moscow, covering between six and eight stations on the way. Construction of the metro will set investors back about $2 billion, but the real estate built along the metro line “could cost about $5 billion to $7 billion on the market,” Khusnullin said.