Free Parking is Not a Right – Next City

Free Parking is Not a Right 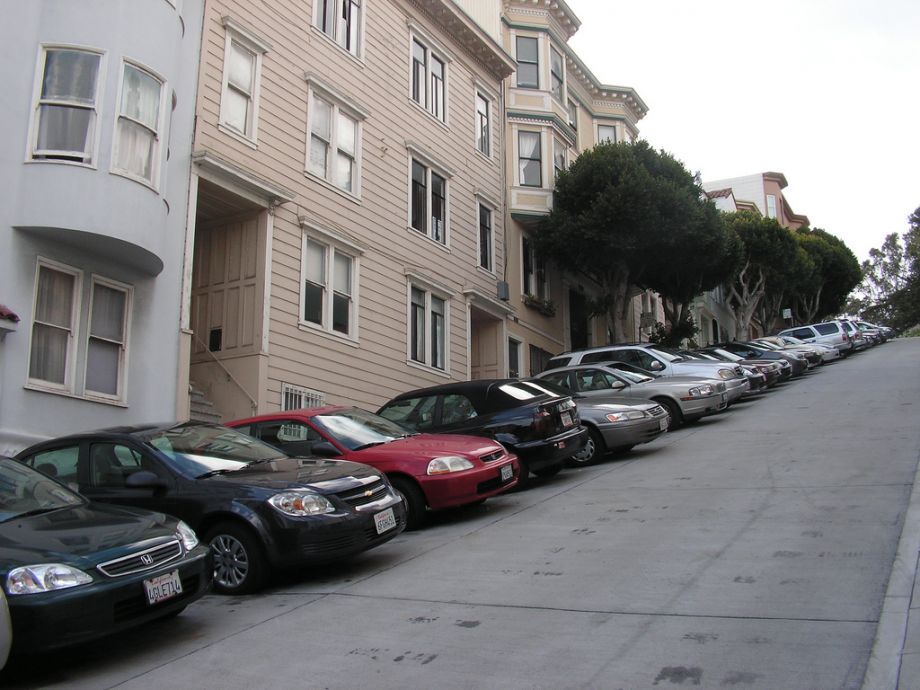 We’ve all done it, looped endlessly around restaurants, bars, theaters, our homes, looking for the parking spot that doesn’t require walking too far, and certainly doesn’t involve paying; either in meter, lot, or garage form. For if something is free, isn’t it better to spend a few minutes driving slowly and erratically looking for a space to squeeze into? If parking in a garage could mean paying $6 an hour, isn’t it worth the time to circle around “just one more time”?

Yes, it is. And that’s the problem.

By providing free parking anywhere, the incentive to pay is eliminated and people will continue to drive endlessly looking for that hidden gem of a spot, and once that perfect spot is found, there is little reason to leave.

In an attempt to combat this problem, last month San Francisco became the first city to complete a “parking census” to determine how much land is allotted for parking. Surprisingly, few cities have any idea how much parking exists, and over the past 18 months, the city of San Francisco painstakingly counted every publicly available space, on-street and off, metered and free, and discovered that there are 441,541 parking spaces, 280,000 of which are on-street.

The census revealed that on-street parking comprises 940 acres of valuable land, nearly as much as Golden Gate Park (1,017 acres), one of the city’s most revered spaces. And of that, less than 10 percent is metered, meaning that 90 percent of the spots perpetuate the problem of cruising for the best free space available.

Donald Shoup, the eminent authority on parking in the U.S. had this to say: “In San Francisco, housing is expensive for people but free for most cars.”

The parking census is the first step in launching SFpark, the first “smart” parking management system which will utilize data collection sensors, additional meters, and an information dispersal system to alert users to available spots. The pilot phase of SFpark is scheduled to start this summer, last for two years, and include 6,000 of the 25,000 metered spaces as well as 12,250 spaces in 15 of 20 City-owned parking garages.

The primary goal of SFpark is to make it easier to park by providing access to real-time information. The expensive new system has a current price tag of nearly $25 million and provides tangential benefits for bicyclists, public transit users, and pedestrians.

I certainly applaud this effort: parking will be faster, bicyclists will face reduced risk from stop and go drivers, buses will be able to move more efficiently, and pedestrians will presumably be better able to predict the actions of drivers. But despite these lofty goals, they are missing the point.

Land is one of the most valuable resources of any city, particularly one as expensive as San Francisco, and while it is superb that the new system will take much of the guesswork out of parking, what the city really needs is to see massive financial gains from this largely untapped resource.

The city is currently grappling with a massive $522.2 million hole in its collective wallet while sitting on one of the largest potential sources of revenue available in free parking. Instead they have resorted to the uncreative, draconian measures of firing workers and cutting social services. Explaining the recent firing of 15,000 city employees — moving city workers from the payrolls to the unemployment rolls — Mayor Gavin Newsom insisted “We’re actually doing everything to avoid layoffs.”

No, they’re not. By eliminating free parking and charging people for the resources they are using, they would be able to keep people employed, and keep the city working.