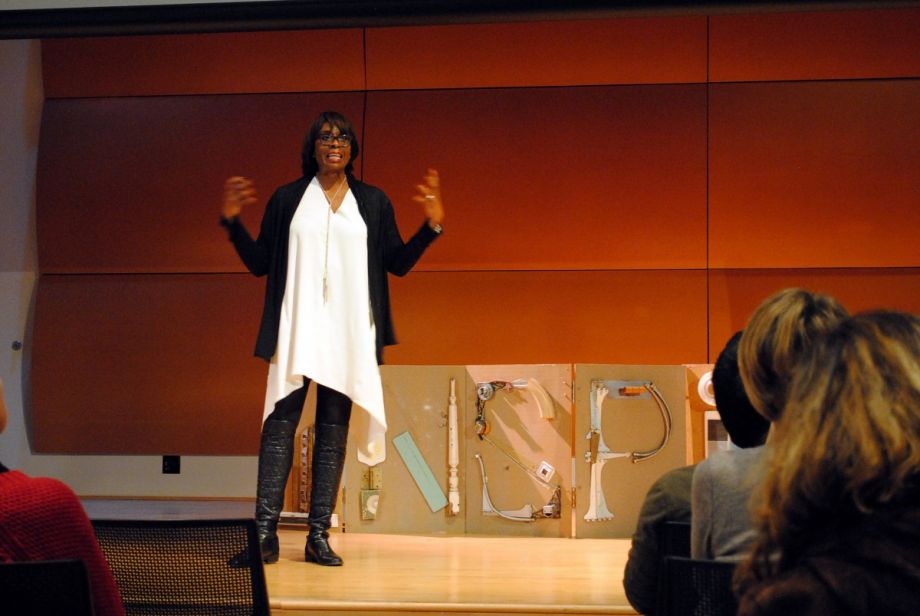 When the American Institute of Architects released the keynote speakers for its upcoming annual conference, many U.S. architects quickly noticed one commonality: With one exception, they were all men. Furthermore, the one woman, social psychologist Amy Cuddy, is not a licensed architect.

Fifty architects, firms and students quickly sent out a letter calling for the AIA to take more meaningful action on advocating for gender equality in the field. The letter says that although the AIA speaks big talk about “tapping into the collective intellect” of architects shaping the industry, their actions tell a different story:

“If the AIA was serious about changing its image — and we do not mean a superficial marketing strategy — then they should lead the profession and put forward a panel of keynote speakers that is reflective of the diversity in architecture. When the AIA states that they are committed to ‘broadening equity, diversity, and inclusion in the profession of architecture through dedicated leadership,’ we must ask where are the diverse leaders?”

The AIA’s gaffe comes soon after the organization came under fire when its Executive Vice President and CEO Robert Ivy released a statement to signal support of the newly elected President Donald Trump on behalf of its membership.

John Schneidawind, a spokesman for the AIA, says the organization remains committed to a diverse set of speakers, and highlighted women keynote speakers from past years, such as Jeanne Gang, Katherine Darnstadt and Neri Oxman.

“Diversity and inclusion continues to be an important AIA value, and we intend to have the appropriate balance and diversity on the main stage,” Schneidawind says. “We are continuing this commitment to a diverse set of speakers at A’17 … and we’re expecting at least one more female, hopefully two, to join us on stage in Orlando.”

Equal representation — particular from top organizations such as the AIA — is crucial to ensuring that the built environment reflects the experiences, concerns and interests of women, and that glass ceilings continue to be broken. In line with this year’s conference theme of “anticipate,” I offer four brilliant women who are showing how to design for an ever moving and changing world.

Marion Weiss
Weiss is one half of the architecture duo Weiss/Manfredi. The New York City-based firm has been recognized for designing the Seattle Art Museum Olympic Sculpture Park and other earthwork-style projects that treat landscape and architecture as a single medium. Weiss and her partner in work and in life, Michael Manfredi, make a point of concealing their creative tracks, as women in husband/wife duos have traditionally not been recognized for their contribution.

Toni Griffin
Since starting her career as an architect with Skidmore, Owings & Merrill LLP in Chicago, Griffin moved on to work as an urban planner for the cities of Washington, D.C., Newark, Detroit and others, steering their mayors toward equitable design solutions. Her work as a planner, thinker and professor defining how design facilitates urban justice continues to influence the field.

Claire Weisz
The forward-thinking Edmonton native has been making New York more livable and beautiful for over 20 years. Her work focuses on innovative approaches to urban public spaces, and she’s had a hand in everything from the High Line to Battery Park.

Hilary Sample
The reality of climate change calls for a more boundary-pushing, experimental, interindustry approach, and few are doing that as well as Sample and her firm, MOS Architects. They’ve tackled projects including a floating cabin on Lake Huron that adapts to the changing water levels of the lake and an off-grid Element House that experiments with using energy efficiency via prefab.

UPDATE: The AIA added a new keynote panel to the third day of the conference moderated by Frances Anderton and featuring Nóra Demeter, Michael Ford and Cheryl McAfee.