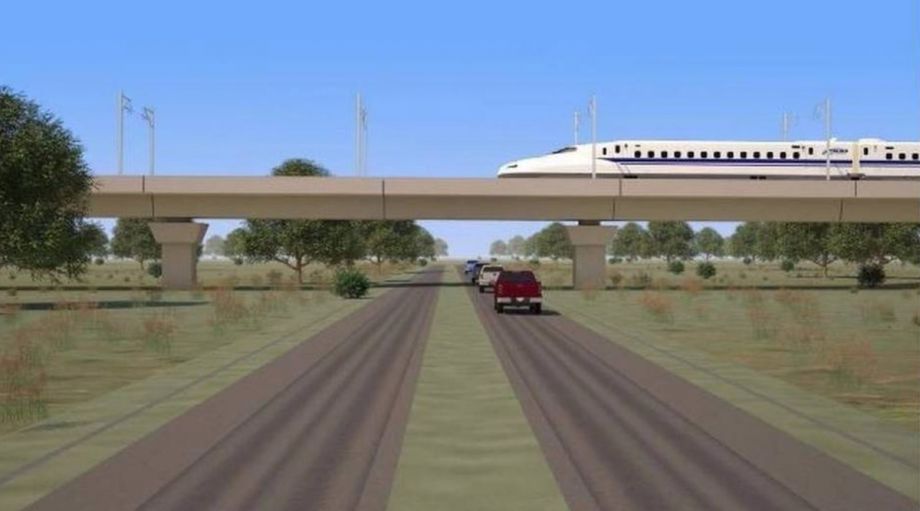 (From the North Texas Council of Governments)

While plans for the Houston-Dallas high-speed rail line remain just that — plans — another speedy rail connection for Texas is under consideration, between Fort Worth and Dallas.

That Fort Worth-Dallas line took a step forward Tuesday when the Fort Worth City Council agreed to create a local government cooperation with Dallas to govern intercity passenger rail service, the Fort Worth Star-Telegram reports.

The earliest a train could travel between the two cities is likely 2023, but Fort Worth Assistant City Manager Jay Chapa says the multijurisdiction agency is “a step in a long series of steps that would have to occur, but it sets up the framework for the governing entity for the creation, funding and actual construction of the line.” It also sends a message to the Texas DOT that both cities are invested in the project.

The line, called the DFW Core Express, would stretch 30 to 40 miles, likely either down Interstate 30 or along the Trinity Railway Express corridor, at speeds of between 70 and 125 mph. A $15 million environmental impact study of the possible route is underway, and should be completed in 2018. Funding details for the project haven’t been released.

The Dallas City Council is expected to approve the local government corporation by the end of May. Both cities are also considering adding a stop in Arlington and bringing that city into the corporation.

Fort Worth Mayor Betsy Price has aggressively advocated for the rail line, and says it’s a major piece of the city’s transit future. “We’re never going to be able to support enough concrete to accommodate all our traffic,” Price said.

The hope is to also include Houston, Austin and San Antonio in the routes, according to the Fort Worth Business Press. The 240-mile Houston-Dallas high-speed rail line would cost $12 billion and would travel at speeds of more than 200 mph. The DFW Core Express would share the downtown Dallas station for the Houston-Dallas line.