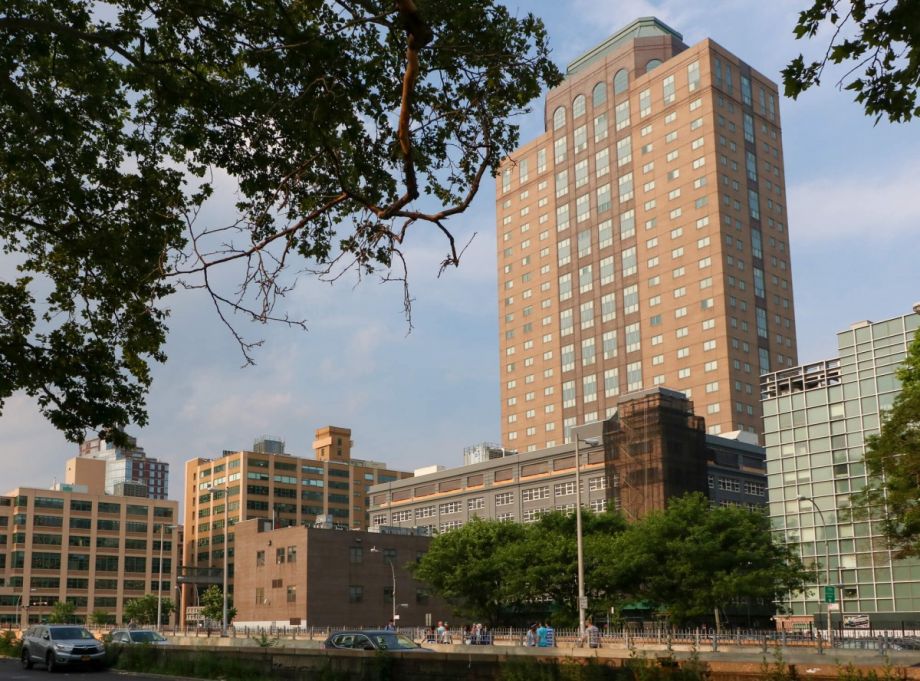 The Dumbo hotel will be converted into affordable, rent stabilized housing reports the Brooklyn Eagle.

The Dumbo hotel was built in 1992 along with five other buildings as part of a complex. The building was previously owned by and housed members of Jehovah’s Witnesses. In 2013, Jehovah’s Witness sold the complex in a $375 million deal — with the Dumbo hotel totaling $135 million — to real estate giants RFR and Kushner Cos. as the organization transitioned their headquarters from Brooklyn to Orange County, NY.

The building has remained vacant since its official closing in 2017, but Breaking Ground, a non-profit housing provider in the process of acquiring 90 Sands Street, plans to begin renovations in February of 2019.

In an email bulletin from the community board, CEO and president of Breaking Ground, Brenda Rosen, said their goal is to create low-to-moderate income and supportive housing at the building.

The board of directors of Concord Village — a nearby co-complex — sent out an email containing Breaking Ground’s plans. Once slated to become a 600-room hotel, Breaking Ground will transform 127 of the 507 current apartments into one-bedroom units.

Rent increases have led to homelessness for over 3,000 New York City residents, disproportionately affecting black and hispanic residents. Unfortunately, even the existing rent stabilized and affordable housing has been threatened by predatory landlords, as Next City has previously reported.

Breaking Ground, which already has 22 permanent housing locations in the NYC area, hopes to open Dumbo’s doors to tenants in early 2020.