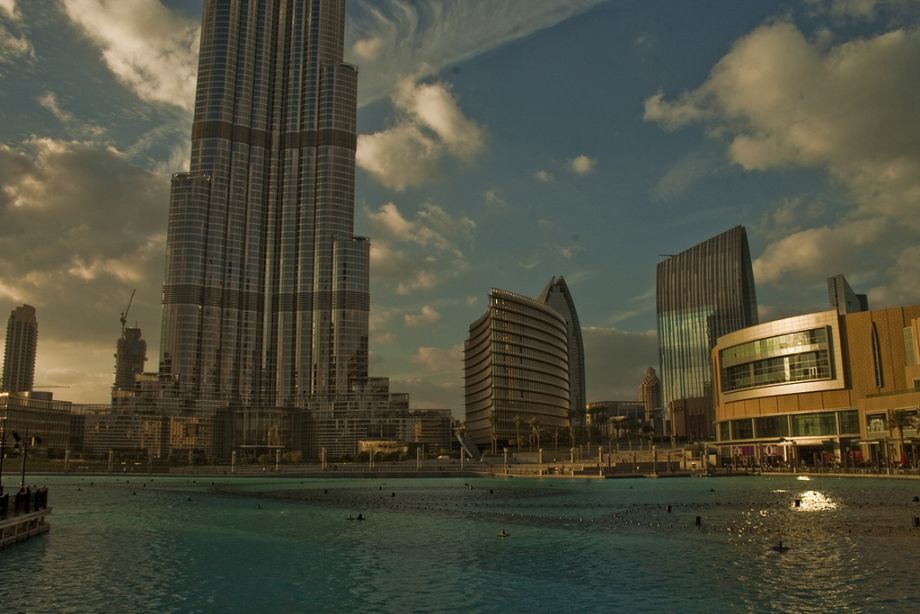 Dubai is aiming to bolster its tourism industry with several new megaprojects. (Photo by Milos Milosevic via Flickr)

A few years from now, the average tourist won’t be found gliding down a Venetian canal or perched atop the Empire State Building. They’ll be in lounging by a pool in Dubai, or shopping at a massive mall in Singapore, or doing God-knows-what in Bangkok. This is according to the latest MasterCard Global Destination Cities Index, released last week.

The annual ranking has only existed for four years, but it’s already showing how international travel is making a hard eastward shift toward Asia and the Middle East. Last year, Bangkok topped the list as the world’s most-visited city, the first Asian city ever to do so. Probably because of the recent coup, the Thai capital fell to second place this year. London reclaimed the top spot, followed by Bangkok, Paris, Singapore and Dubai. New York, at number six, was the only American city to crack the top 20.

To be clear, the index measures visitors of all types, not just tourists, which is probably what boosted Dubai and Singapore, both of which are the business capitals of their respective regions. And simple geography likely explains the dramatic rise of Asian cities — the exploding Chinese middle-class can more easily jaunt off to Thailand than to Western Europe or the U.S. 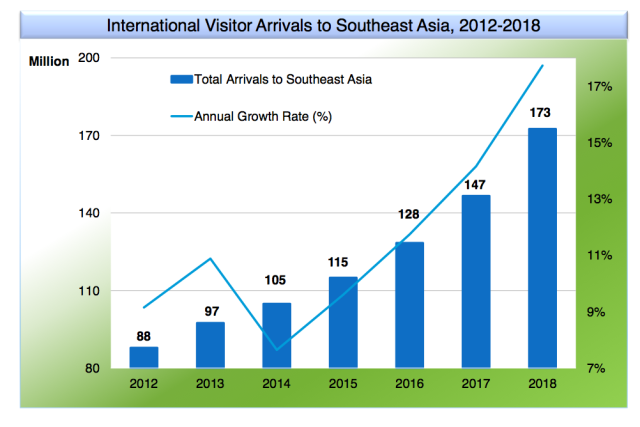 But whatever the reasons, it’s a sea change to behold. Just the visual impact of the chart above shows how the massive surge in visitors will change the cultures and economies of these places. Today in Next City, Greg Lindsay reports on how the ballooning Asian tourism market has transformed the short-haul airline industry that shuttles passengers around that region. It’s hard to believe, but Boeing and Airbus both recently completed their biggest deals ever, and both with the same airline: not Delta or United, but a carrier called Lion Air, based in Indonesia.

And last week, as if to punctuate the MasterCard report, Dubai unveiled its plans for an eight-million-square-foot domed, climate-controlled “city” of theaters, amusements parks and hotels. The complex expects to attract 180 million visitors per year — many of them medical tourists, which have flocked to the kingdom in recent years seeking cut-rate nose jobs. If Dubai can maintain its upward trajectory, it will surpass Paris in number of visitors by 2019.

The travel boom presents huge opportunities and challenges for these cities. They’ll need to resist the urge to sweep their less tourist-friendly aspects under the rug, as Phnom Penh has recently been doing, while at the same time cultivating an environment that makes people want to drop by — a growing challenge in a market with an ever-expanding galaxy of choices.