Forget Autonomous Vehicles: Future Mobility Might Be in Time Zones – Next City

Forget Autonomous Vehicles: Future Mobility Might Be in Time Zones 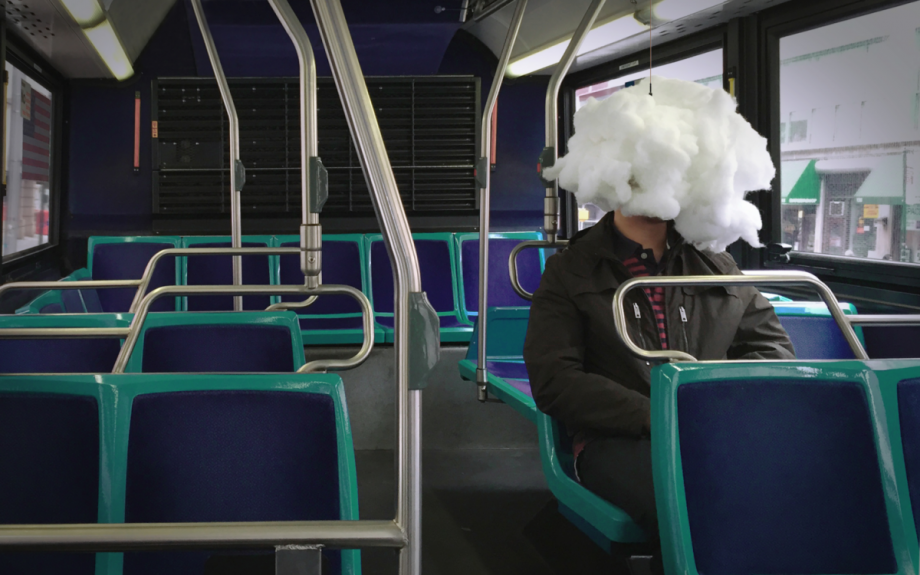 What would it mean for urban mobility if a car company sold not physical vehicles, but access to the services that a car enables? What if buses were powered by household compost, and riders scored a free fare for depositing theirs? What if city-dwellers could choose their own time zone?

Conjectures about the future of urban mobility often look like high-tech versions of the transportation landscape of today: swiping onto bus rapid transit with our phones, unlocking bike-share with the same app, shuttling home via autonomous vehicle. But last year, as part of a challenge posed by Ford Motor Company, six teams of students at Parsons School of Design in New York imagined mobility as something entirely different. They used speculative design, an approach in which designers allow themselves to question fundamental assumptions about the world we live in. They ask “what if” and then ferret out the implications.

“With our students what we’ll try to do is have them identify some of the key parameters that exist in the world today that keep us from moving forward, things that might seem to be obstacles, and then to think about what would the world be like if we could temporarily remove those barriers?” says Elliott Montgomery, one of the two professors of the Mobility Speculations class. Even though Ford was a partner, Montgomery says the company never wanted the students to design their next car. Rather, recognizing how much engineering is already going into better parking systems and self-driving cars, “we were really interested in challenging our students to think about spaces that might be ripe for innovation outside of those areas.”

Students began by going out into the city and experiencing a certain form of urban transportation. They then returned to the classroom to pool what they’d observed and start looking at the bigger issues facing New Yorkers. Using a visual mapping tool called a speculative diagram, developed by Montgomery for his own practice, they mapped out the social, ecological, economic, political and technological implications of possible changes.

Montgomery points to a proposal developed by Andrea Karina Burgueño, Ricardo Dutra and Stephanie Lukito, which took on the existence of rush hour itself. “Instead of trying to speed up the cars or synchronize the lights, what if we just broke down rush hour, eliminate the idea?” asks Montgomery. Their design, titled Interzone, did just that — by creating three time zones within the city of New York. One new zone would be two hours behind Eastern Standard Time, and the other two hours ahead. 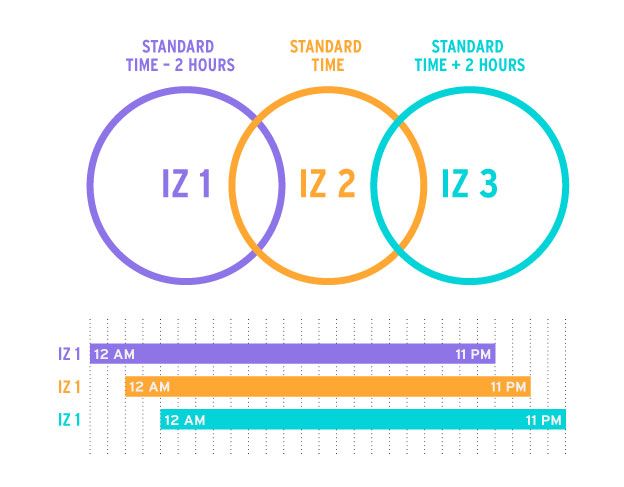 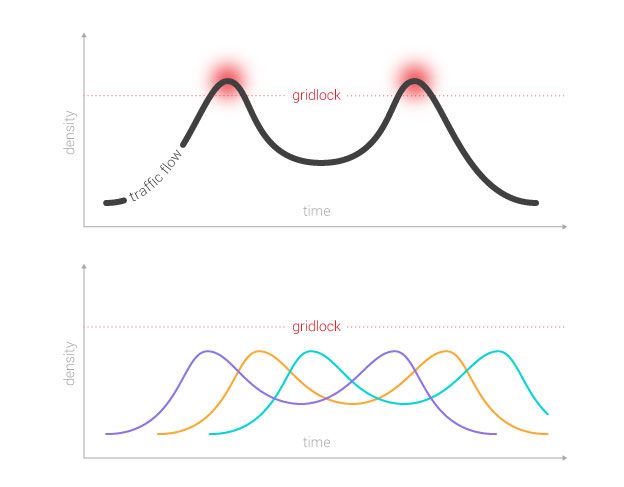 Burgueño says the idea was inspired by the team observing the way New York City is physically layered, between the subway, the streets and the buildings. In all the infrastructure trying to mitigate mobility issues, they saw nothing that could touch the core problem of gridlock: Everyone is trying to move during the same two peak hours in the morning and afternoon. That led to a “what if.” If space in the city is already layered, Burgueño asks, “what if we could layer our time?”

Rather than geographic, interzones would be personal. Residents would choose which interzone to live in, based on their work schedules, whether they’re morning people or night owls. The New York City Department of Time would manage the initiative, offering consultation to help people determine their time zone and working through some of the thornier logistical questions.

Parking meters would need to account for the overlapping time zones, for example. People living in the earliest interzone might receive cheaper rates for bike-share or other services as incentive. Different businesses and services would need to stagger their open hours too, so even people in the latest interzone could see a dentist. Then there are the social questions. How do people living in different time zones spend time together? What does an interzone family look like? Could different interzones become different social classes?

Since the course ended, Burgueño and her team have continued to present their design at festivals and exhibitions, and are currently looking for collaborators to develop some of the ideas that the proposal kicked up. Montgomery acknowledges that that the concept is fantastical, and may be very difficult to implement as conceived, “but by proposing that idea, and breaking us out of the traditional way of understanding of how the world works, it introduces a whole new way of seeing the possibilities,” he says.

Another team observed the burden that waste disposal places on urban mobility, with garbage bags piling up on sidewalks and low-efficiency trucks trolling the streets for pickup. Their proposal, Local Motive, looked at three possible interventions: buses powered by compost that riders carry in anti-odor containers; trains powered by waste incinerators; and replacing garbage trucks entirely with exposed tubes that carry garbage from building to building and ultimately to a processing plant. Again, their proposal takes into account obvious and unexpected questions. Will people want to carry their compost in public? Would tubes become a new medium for graffiti artists and skateboarders? What about the rats?

A proposal titled Blue Challenge turned urban mobility into a game in which people earn points for using different forms of transit — the greener, the better. Points become currency, which can be traded for mobility-related perks like reduced fares or other services like healthcare discounts, even days off from work.

Montgomery notes that looking at each proposal individually, it’s easy to get bogged down scrutinizing the specifics. But taken as a portfolio, he says, all six ideas build to a bigger picture. Mobility Speculations was a required course for students of transdisciplinary design in spring 2015.

“We’re really not trying to predict the future in these speculative design projects, we’re really trying to compose new possibilities. When we do, we’re adding to the future vocabulary that we share as a society,” he says.