Forefront Excerpt: Why Streetcars Aren’t About Transit – Next City 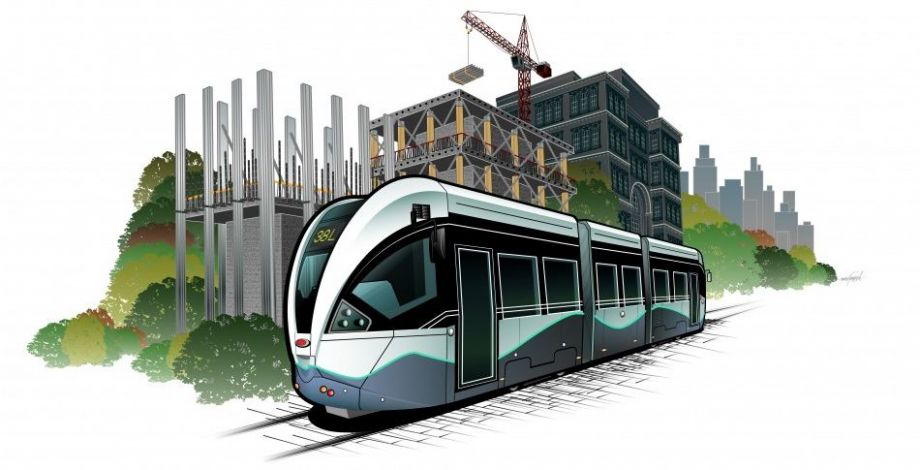 In Forefront this week, Washington, D.C.-based writer Aaron Weiner checks in on the long-delayed H Street streetcar to see what this 21st-century transit mode will mean for cities in the future.

On a recent Thursday morning, about 20 people huddled around a glass shelter on Washington, D.C.’s H Street NE and peered westward along a pair of freshly laid streetcar tracks. One hundred forty years ago, a streetcar would have pulled up to shuttle passengers eastward. A year from now, too, a streetcar will collect fares from that spot. For now, however, the group stood in the brisk morning breeze and waited for the bus.

In 1862, the Washington and Georgetown Railroad ran the first streetcar in D.C. The new transit mode, powered first by horses and later by electricity, would transform the city for exactly 100 years. John F. Kennedy was in the White House and tensions over newly integrated schools were roiling when the last one ran in 1962, victim to a population flight to the suburbs, the nationwide car boom and management problems.

Decades ago, it would have seemed nostalgic, irrational, even, to imagine the streetcars returning to D.C. No longer. In cities in every corner of the country, this technology once thought of as obsolete is making a comeback.

Today, four cities in the U.S. have operational modern streetcars: Portland, Seattle, New Orleans and Tacoma, Wash. (This last city terms its system “light rail” but uses the same cars as Portland.) In the next few years, that number is expected to quintuple, with 16 more streetcar systems funded and in the construction or design stage. In the next 12 months alone, lines in Salt Lake City, Atlanta, D.C., Tucson and Seattle — yes, the city’s second — are scheduled to open. Several other cities have so-called vintage streetcars that often cater to tourists and are typically not counted in the modern streetcar movement.

The streetcar renaissance isn’t coming cheap. According to the Federal Transit Administration, the 14 streetcar projects that have received U.S. Department of Transportation funding since 2009 have a total anticipated price tag of $1.2 billion. That doesn’t include a few major projects like D.C.’s, whose initial 22-mile priority network alone is expected to cost about $1 billion, according to the District Department of Transportation (DDOT). Of the cost of those 14 projects, federal grants are covering just under half, or $524 million.

While some cities that want streetcars are places that have already embraced transit, others are hardly what you’d call meccas of alternative transportation. Take Kansas City, whose city council recently approved a measure to buy streetcars for a downtown line; Oklahoma City, where the streetcar is expected to start running in 2017; Detroit, which is known as Motor City for a reason and hopes to have its first line running in 2016; or Atlanta, a city dominated by traffic headaches that will open its first line this year.

“It’s radiated out from Portland, and it’s truly a national movement,” says Rep. Earl Blumenauer, who represents most of Portland in Congress and previously helped bring the streetcar to the city as Portland’s commissioner of public works. “We’re proud of thinking that we’re the model that people look at in terms of what a difference it’s made and how it’s worked.”

A 2012 Blumenauer poster states flatly, “Earl started the national streetcar movement in Portland,” and there’s no doubt that other adopters have looked to the city as an inspiration and a guide. There is a logic to that — Portland has long been a city with a strong interest in alternative modes of transportation. Blumenauer himself is perhaps best known for the oversized bicycle lapel pin he often wears. But the federal government has played a major role, too. In 2005, former president George W. Bush signed legislation creating the Small Starts Program, which provides grants to assist in the construction of small-scale transit projects like streetcars and bus rapid transit.

The program got off to a rocky start. Blumenauer says the Bush administration “couldn’t really implement it.” But when President Obama entered the White House, he and others lobbied hard, and money from the program started to flow to cities like Portland. In ensuing years, stimulus funds and Obama’s TIGER Grants for transportation projects have added to the pot. Health care reform may be Obama’s signature achievement, but Americans will likely ride streetcars that the administration helped build for decades to come.

“The current administration has done a lot to make it easier, and you could put the blame or the credit, as the case may be, on Secretary [of Transportation Ray] LaHood,” says streetcar skeptic Tom Rubin, who served as chief financial officer of two California transit agencies and says he’s consulted or audited more than 100 such agencies.

While the modern streetcar trend is relatively new to the U.S., we’re late adapters on the global stage. In some European cities, streetcars were introduced or reintroduced in the 1980s. In others, they’ve run continuously since the 19th century. Halfway around the globe, Melbourne has the biggest streetcar network in the world, with more than 150 miles of tracks.

Could American cities be headed that way? They likely won’t achieve the sheer scale of Melbourne’s network, but Blumenauer says he expects to see the streetcar’s expansion across the country continue.

As this throwback technology enjoys its unlikely renaissance, it’s raising the question of whether streetcars — neither the cheapest nor the fastest way of moving people around cities — are simply a gimmicky fad or actually the transit mode of both past and future.