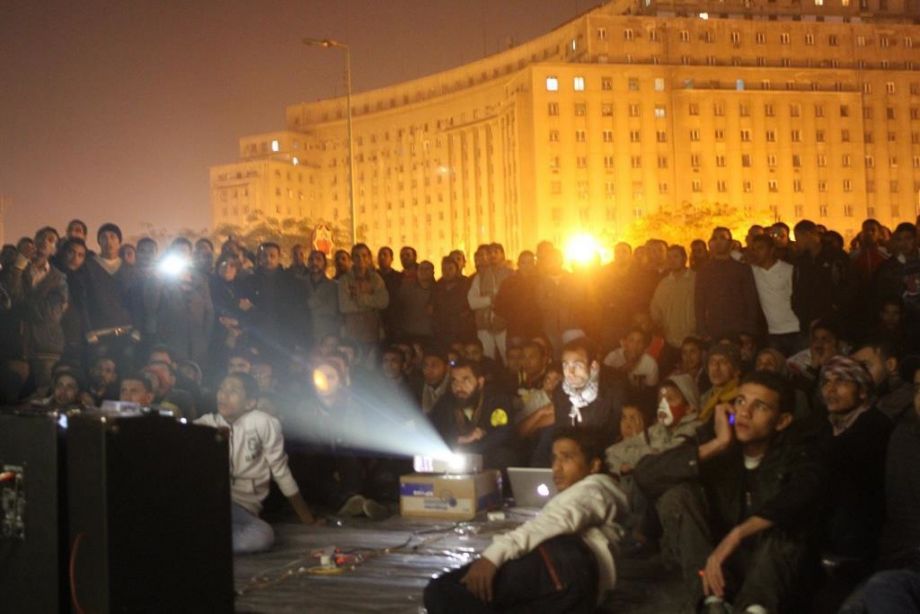 About two years have passed since protests in Cario’s Tahrir Square kicked off a revolution that toppled a dictatorship and sent ripples through not only Egypt, but the entire Arab world. Ongoing political unrest, though, has led to a revolution of a different sort: One of ordinary Cairenes and the ways they interact with the changing urban landscape around them. In Forefront this week, Cario-based journalist Joseph Dana sets out to discover what’s in store for the future of Egypt’s capital city.

Tahrir Square is, in many ways, the natural starting point for a rethinking of Cairo’s relationship to its urban landscape.

The square took shape in the late 19th century as the brainchild of Ismail Pasha, an ambitious and forward-looking leader who controlled Egypt from 1863 until 1879, when the British toppled his government. Pasha envisioned Egypt’s future as a modernized, urbanized “Paris on the Nile.” The square, a modern traffic roundabout styled after spaces the ruler had observed in Western Europe, was central to that vision. Located in the heart of downtown Cairo, with the Nile River bordering its western side, Tahrir has more than 20 streets pouring into it. The square was named for its ruler until 1952, when it would become a symbol of a completely different sort of movement.

The Egyptian Revolution of 1952 ended the country’s monarchy rule and occupation by the British. Following the overthrow, the nation’s new leader, Gamel Abdel Nasser, renamed the square Tahrir, meaning liberation. In the years that followed, Egypt fell into cycles of corrupt leaders and dictators, during which authorities invested heavily in the area around Tahrir as a showpiece for Egyptian progress and an attractive destination for tourists. Handled like a sleeping tiger, Tahrir’s public space was carefully controlled. Under Mubarak, even the smallest gatherings were outlawed in the midan, as it is known in Arabic.

Given this history, it made sense on January 25, 2011 that thousands would choose the square as the site of revolution — the place to make the demand for the removal of their autocrat leader heard.

With each change in power since the revolution, those in control, whether it be the military or Morsi, have attempted to assert authority in Tahrir under the cover of cleaning the square. Just as city officials in New York used beautification and cleanup as means to clear Zuccotti Park of Occupy Wall Street protesters in 2011, Egyptian state and city officials have tried to quell the revolutionary movement at Tahrir through landscaping projects. At times, it has moved like a peculiar game of cat and mouse: One day, activists set up camp in the square. The next, government officials plant garden patches in the dusty center, where tents have risen. Within a few days, the garden again turns to dirt, any hope of plant life trampled by activity.

“The authorities are trying to clean up the square and make it as if things are okay,” said Sherine Tadros, the Cairo correspondent for Al Jazeera English. But, she said, “the fact that it keeps going back to the sort of bare land shows that the country is not moving on.”

Underlying Tahrir’s history is a subtle battle over the control of space in Cairo. From the beginning, leaders have used the square to reinforce their vision of the nation and its future. Now, Cairo’s people have laid claim to the square by erecting field hospitals, covering walls with political graffiti and allowing street vendors free rein to sell their goods. They have even set up their own checkpoints — in place to this day — to ensure that regime loyalists don’t attempt to wreak havoc from inside the protests.

To all this, government authorities have responded with attempts to reclaim Tahrir, raiding the square with clouds of tear gas and erecting walls on side streets.

Looking beyond Tahrir, Cairo’s urban structure has long reflected the conflicting political aspirations of the Egyptian people, colonial rulers and autocratic dictators. From the British colonial cosmopolitanism of kings Fuad and Farouk, the official last monarchs of Egypt, to the modernist housing projects erected by Nasser in the 20th century, Cairo is a city built by competing narratives.

Since the revolution, a new narrative has gradually begun to take hold. It’s a story that elevates the voice of people long relegated to Cairo’s forgotten slums, a story about how one of Africa’s largest cities — Cairo places second to Lagos, Nigeria — will adapt to a changing climate and indeed, a changing world.