Forefront Excerpt: The Recovery That Wasn’t – Next City

Forefront Excerpt: The Recovery That Wasn’t 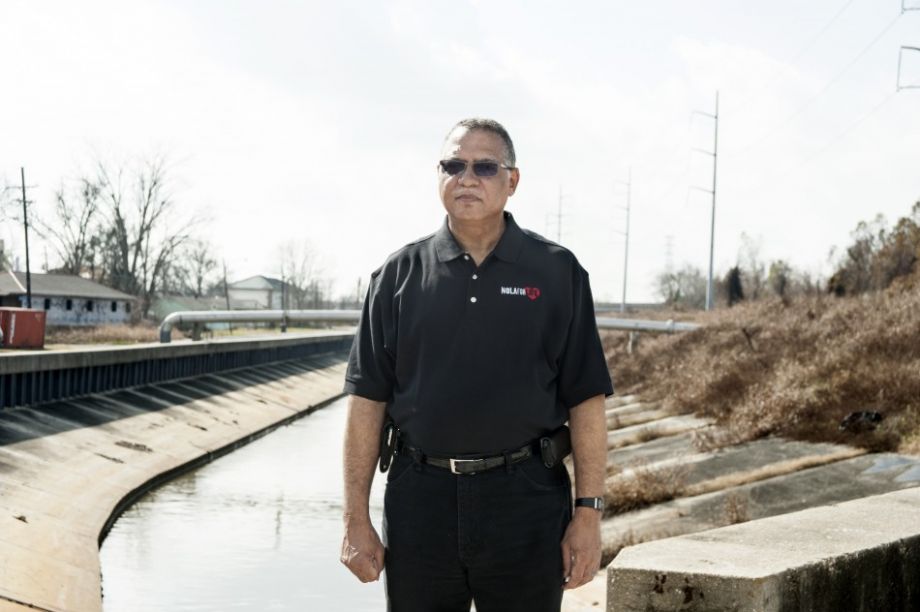 In Forefront this week, Sarah Goodyear asks whether rain gardens, detention ponds, bioswales, porous pavement and the like represents the way forward for a perennially cash-strapped and tradition-bound New Orleans.

David Waggoner is a slight man, with a soft voice and self-effacing demeanor. Thanks to his involvement with the Dutch Dialogues and the Greater New Orleans Urban Water Plan, though, his influence in the way the city thinks about reconfiguring the post-Katrina landscape is profound. His firm, Waggonner & Ball Architects, is also deeply involved with another coastal reconstruction project, the post-Sandy Rebuild by Design competition in the New York-New Jersey area.

Waggonner, 63, comes from Louisiana political royalty. His father, Joe, was a congressman from Bossier Parish, just up the river from New Orleans, for 18 years. The younger Waggonner, who trained as an architect at Yale, has spoken admiringly of his father. But his own worldview is one that looks away from typical political solutions, and he talks about the challenges facing New Orleans in a way that explicitly rejects conventional forms of power.

“The issues that politicians talk about, those aren’t the real issues of the voter,” Waggonner says. “Politics — that’s when I despair, because politics should support the best, but politics plays of what’s divisive.”

As an architect, Waggonner has built projects all over the world. But ask him nuts-and-bolts questions — about, say, garnering public support for the water plan, or the feasibility of reversing generations of poor engineering decisions, or the decades of corruption both perceived and proven in New Orleans — and the conversation quickly becomes abstract. This isn’t an attempt to evade such questions. It’s simply his characteristic way of thinking about and tackling the underlying problems.

“The discussion is at once practical and esoteric, and it needs to be,” Waggonner says. “The real questions that leaders need to be solving are much deeper than the daily chatter. How do we become relevant to our own time? Our inability to grasp where we are in history, our inability to grasp our mythic place and the forces impinging on ourselves, leads to catastrophe.”

The only way to mitigate that catastrophe, in Waggonner’s estimation, is to fundamentally shift the way we manage the intersection of the built environment and the natural environment. And New Orleans, he says, is the perfect place to do it. “This is a vital river delta,” he says. “Are we going to give up on it?”

The plan’s architects imagine a New Orleans that not only deals with its own water problems gracefully and efficiently, but also serves as a model for other cities around the world. If the plan is executed as outlined, New Orleans will be able to serve as a sort of laboratory from all the most up-to-date thinking and design in stormwater management. These days, cities like Seattle and Philadelphia are on the cutting edge of green infrastructure treatment of water in the U.S. Plan backers in New Orleans want to put their city at the head of the class.

To that end, the water plan includes a number of demonstration projects that put “living with water” principles into action on a neighborhood scale. One of these is the Lakeview Floating Streets project, which calls for rebuilding buckling streets in a few square blocks near Lake Pontchartrain; paving them with pervious pavement; planting bioswales that will allow stormwater to percolate slowly into the underlying soil; bundling and burying utility lines; planting trees; and reconfiguring the street to allow for different modes of travel, including biking and walking. In significant downpours, this configuration would enable a “slow, store and drain” effect that would prevent the water from overwhelming the roadway or threatening homes.

Another, more high-profile demonstration project on the table is the “Lafitte Blueway,” a complete redevelopment of a strip of abandoned, derelict land connecting Lake Pontchartrain with the French Quarter. Where there are now fenced-off, abandoned industrial wastelands, the project envisions a linear park that focuses on an excavated waterway, complete with kayak launches, bike paths, playgrounds, community gardens and other amenities.

The benefits of the Blueway, according to planners, would not simply be environmental, but also economic. They envision it as creating a redevelopment corridor not unlike the one around New York’s High Line, or the area along the Chicago River. This economic angle is important because, again, none of this will come for free. Implementation of the plan as outlined would cost $6.2 billion, and while its backers say that financing options have been identified, the dollars have not yet been secured. Will it happen? “That’s the $6.2 billion question,” says Morris of the Royal Netherlands Embassy.