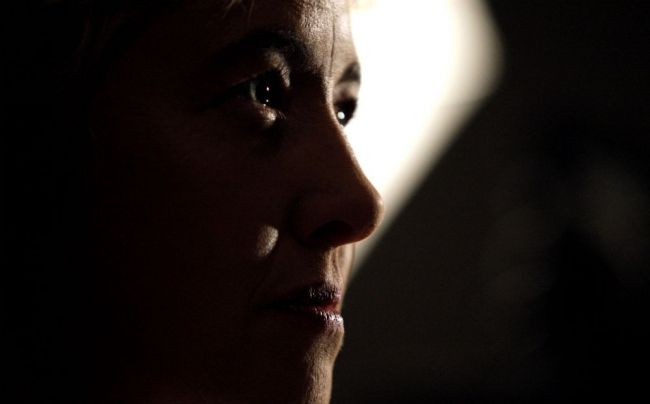 In Forefront this week, Anna Clark looks back at Houston Mayor Annise Parker’s time in office to see how her Texan brand of pragmatic progressivism won over a stubbornly individualistic city.

Annise Parker, mayor of Houston, is hurt. She’s limping when we meet in her third-floor office at City Hall, wearing one black shoe and one tan leather slipper fitted around a bandage on her sprained left ankle. Another bandage circles her sprained wrist. “I tangled with a City of Houston trash can,” she says from behind her polished wood desk. “One of those big black boxes.” A staffer in the room suggests that Parker needn’t mention that it was specifically a City of Houston trashcan. But Parker does anyway. Several times.

After all, it’s not as if Parker is easily beaten. We’re speaking on a Tuesday morning at the beginning of her third term as leader of the nation’s fourth-largest city. She has tackled the most provoking and most mundane of urban challenges and now, because of term limits, she has only two more years serving Houston as an elected official. She’s already hearing from people who want her to run for state office.

Parker made headlines in 2010 by becoming the first openly gay mayor of a major U.S. city. Shortly after her third inauguration, she flew to California to marry her longtime partner. Parker’s ascent spurred what she described as “lots and lots of frankly unearned media attention” that had the attitude of, “How could this have happened in Houston first, and not all these other places?”

Her reply: “It’s because you don’t know Houston.”

Houston is strangely under-chronicled for a city that could fit the entirety of Chicago, Detroit, Philadelphia and Baltimore inside its 600-square-mile footprint. While the city’s sprawling reach makes Los Angeles look dense, its population of 2.1 million makes it the fourth most populous city in the nation, following New York, L.A. and Chicago.

When media coverage does appear, journalists tend to “confirm biases they already had,” according to Parker, a 20-year veteran of the oil and gas industry and the owner of a hybrid SUV. They might swing by the annual rodeo, for example, or color the landscape as a “mosquito-filled hellhole.” It’s not surprising that many Americans picture Houston as an ultra-conservative place where cowboy culture thrives, the petrochemical industry dominates, and highways barrel through an endless mishmash of out-of-context skyscrapers, subdivisions and strip malls. There are, after all, no zoning regulations.

When the spotlight fell on Parker four years ago, she says, “it gave me the opportunity to say, in effect, ‘let me tell you the other things you don’t know.’” Born and raised here, and serving as councilmember and city controller, Parker was primed to reveal Houston for what it is — and what it can become.

What is the story of Houston? One former resident jokes that the city’s motto should be “it’s not as bad as you think.” A more apt line may be: It’s not as conservative as you think.

Houston is a profoundly international city. Twenty percent of its residents are foreign-born, with nearly as many Asians and Africans as Latinos. It’s the fifth most popular city for American immigrants. As a result, Houston developed a reasonable immigration policy that those squabbling elsewhere might learn from. Undocumented immigrants are welcome unless they commit a crime. Only then will the city facilitate their deportation. City Hall continues to support programs that help immigrants participate in Houston’s civic and economic life, while strict regulations have cracked down on industries that prey on their vulnerabilities.

The city’s dependency on oil and gas has dimmed in the last three decades, and it is investing seriously in sustainability: Transit, green space, renewable energy and a dense urban core. Parker created the position of sustainability director for the city and recruited Laura Spanjian, from San Francisco, to run the new office. Her marching orders? “Shake things up,” Parker says. In addition to investing in rail, bus and bike infrastructure, the city launched the massive Bayou Greenway Initiative, a $480 million public-private project that will transform the relationship between city residents and the bayous.

Houston is also making progress on inequality. Parker restructured the city’s Office of Affirmative Action and Contract Compliance into the newly christened Office of Business Opportunity to help minority- and women-owned small businesses compete for municipal contracts. She instituted one of the most expansive anti-discrimination ordinances in the country. And Houston was first in the nation to solve its rape kit backlog, a horrific problem plaguing most major cities. Standing next to Parker to mark the achievement was another up-and-coming Lone Star Democrat: Sen. Wendy Davis. The senator — a fellow female politician with a media-friendly personal story — helped secure $11 million in state funding for Texas’ 20,000 untested rape kits. Houston combined the state dollars with federal and city money to not only eliminate its backlog, but also improve evidence management in the long term.

Finally, there’s Parker’s stance on economic inequality. While homelessness in cities is ubiquitous to the point where it is almost accepted as a natural part of the urban fabric, Houston is working eliminate chronic homelessness. The mayor, whose son was homeless when she adopted him, dedicated her last two terms to the issue. Her inaugural reception, after all, was held at the Houston Food Bank.

None of these accomplishments were done by template, as there’s no mold fit for the city’s brass-tacks culture. In Houston, reform must happen on decidedly local terms. If visionary policies catch on, it’s because they are useful — not because they are visionary. Here, you have to make the business case for what you do.

Houston has become a case study for the practicality of progressivism. The city’s radical transformation over the last three decades, and its finely tuned evolution under Annise Parker, speaks to the nuts and bolts of intelligent urban policy. Ideals are not the fuel here; utilitarianism is. The main mode of reform incentivizes change rather than regulates it. (This is still small-government Texas, after all.) Yet the new Houston looks far more idyllic than the old.

In tackling three of the prickliest issues in urban policy — immigration, transportation and homelessness — Houston is a model for cities where old partisan divides are a dysfunctional way of doing business. The biggest lesson? Practicality is the language that builds substantive collaboration among citizens, organizers, business leaders and elected officials. That collaboration, in turn, is essential for on-the-ground change.

“You don’t hear of bickering public leaders in Houston,” said James Brooks, director of city solutions at the National League of Cities. “You hear about partnership and collaboration. There’s clearly something there.”