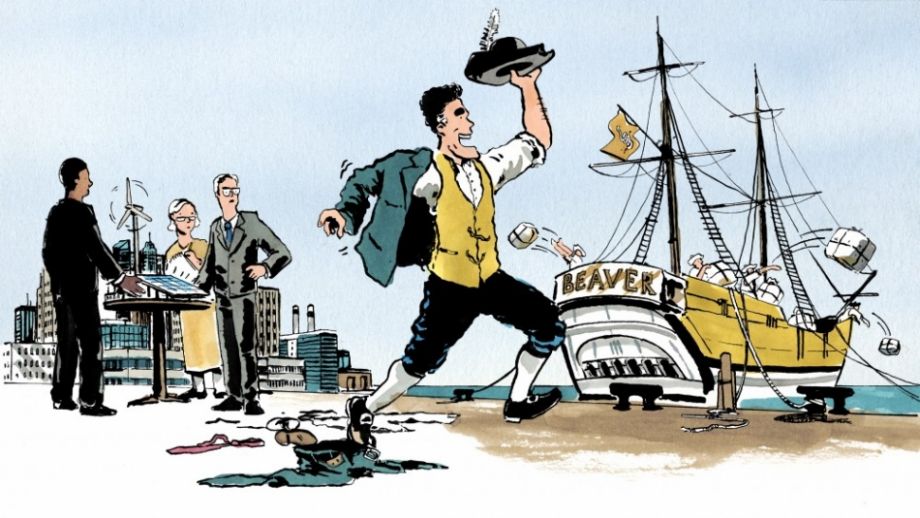 Just like his health care record, Mitt Romney’s history on urban development includes achievements that President Obama has learned from, such as an inter-agency Office of Commonwealth Development that looked a lot like Obama’s Office of Sustainable Communities. If he wins, would any of that prior affection for smart growth carry over to a Romney presidency?

In Forefront this week, political writer Ben Adler takes on the question, offering a comprehensive look at what is at stake for cities this November.

You would never know it from the watching the presidential campaign, but Mitt Romney was once a leader in smart growth and a believer in the job-generating potential of the renewable energy sector.

As governor of Massachusetts from 2003 to 2007, he established an inter-agency Office of Commonwealth Development, similar in form and function to President Obama’s Partnership for Sustainable Communities. To run the office, Romney tapped Douglas Foy, an ardent environmentalist from the Conservation Law Foundation. During its heyday, the office succeeded in influencing various public policy decisions, such as putting the kibosh on a new highway interchange in Andover, Mass. that would have contributed to sprawl.

He supported a state-sponsored grant program that funded green start-ups including BigBelly Solar, which produces a trash can that reduces the amount of waste sent to landfills using a built-in solar-powered compactor. Green energy, Romney said in 2003, could “become a major economic springboard for the commonwealth,” if the state focused on “job creation in the renewable energy sector.”

As Alec Macgillis reported in The New Republic:

“Romney and Foy wasted little time in putting smart-growth policies to work. The state, they declared, would take a ‘fix-it-first’ approach to highway spending — repairing existing roads instead of building new ones… In addition, the state put out a new highway-design manual intended to make towns more pedestrian-friendly, with narrower streets designed for slower driving speeds… The biggest move came in 2004, when Romney signed legislation, dubbed Chapter 40R, providing funds to towns and cities that agreed to allow more high-density, multi-family housing.”

Talk to urbanists about the upcoming presidential election, and there is one hopeful sentiment you hear over and over again: That this Romney, the Romney who hired Foy and signed Chapter 40R, might govern the nation as he did Massachusetts.

“Romney supported smart growth when he was governor for economic reasons,” said Alex Dodds, online communications manager for Smart Growth America. “If he was going to run the presidency from a fiscal, economic basis of making decisions on return on investment and helping communities, smart growth would be a good option for him.”

Would President Romney be “Mitt Romney the governor, or Mitt Romney the candidate?” wondered Bruce Katz, director of the Metropolitan Policy Program at the Brookings Institution. “It’s a little tricky to know which Romney takes office,” mused Xavier Briggs, a professor of urban planning at M.I.T. who served as associate director of the Office of Management and Budget in the Obama administration.

But perhaps these thought leaders are being unduly optimistic: The Romney who will take office is the same one who has been running for president since 2007.

It is telling that the pro-smart growth Chapter 40R legislation — the best-known Massachusetts smart growth policy enacted during Romney’s tenure — was not actually his initiative. Although Romney signed the bill, advocates say it was not particularly his doing. “I’m not sure I’d attribute it to [Romney’s] administration,” said André Leroux, executive director of the Massachusetts Smart Growth Alliance. “It was a group of housing advocates and developers that came together to pass it.”

Like much of his erstwhile moderation and pragmatism, Romney stopped promoting — or even tolerating — smart growth as soon as he set his sights on the Republican presidential nomination. He slashed funds for land preservation and withdrew from a regional greenhouse gas emissions reduction initiative that Foy devised. He let the environmentalist’s office wither until Foy quit. Smart growth is no longer a part of the Romney package and hasn’t been for nearly a decade.