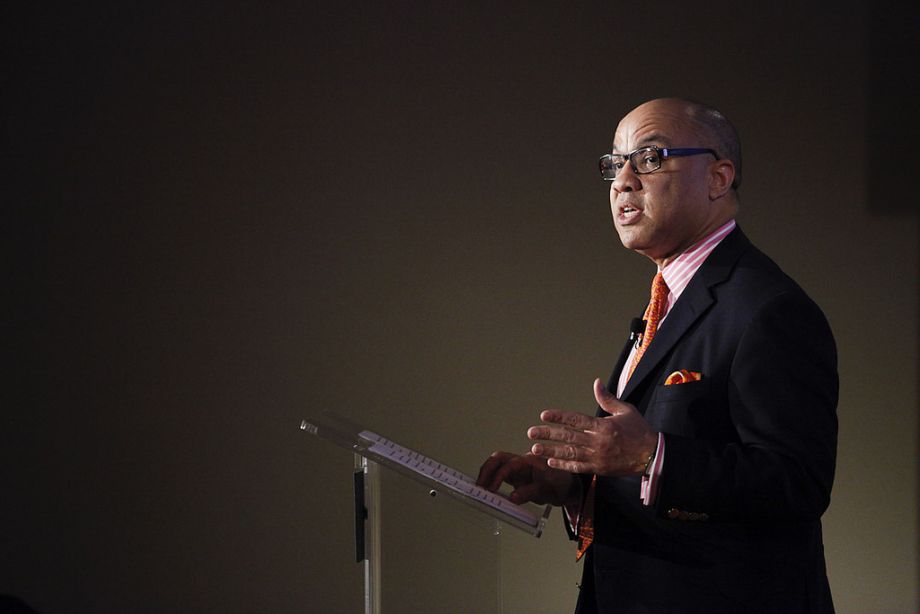 Urbanists rejoiced as soon as word spread that Darren Walker, formerly a vice president of the Ford Foundation, has been named the foundation’s president.

The news was first announced in a New York Times article that notably featured anecdotes about Walker’s work investing in cities through ArtPlace and in his own backyard of Harlem. HUD Secretary Shaun Donovan echoed the language so often used to describe pragmatic mayors and other urban champions by describing Walker as someone who “gets things done.”

Others, such as Bruce Katz of Brookings’ Metropolitan Policy Program, took to Twitter to congratulate Walker on the job:

But the news is especially personal to Next City. Walker isn’t only a champion for our cities and someone who deeply understands the impact of philanthropy — he also happened to be the first major funder of Next City (then known as The Next American City). While at the Rockefeller Foundation, Walker approved the organization’s first major grant in 2005, which catapulted the volunteer-run organization into its first phase as a genuine start-up with paid employees.

Co-founder and founding editor of Next City, Adam Gordon, wrote by email:

Next City wouldn’t exist today without Darren Walker having taken a chance on a group of people in their 20s working on a big idea in their spare time. We didn’t have any of the things that national foundations usually look for — institutional markers, an existing funding base (other than debt we ran up on our credit cards) or organizational history. But Darren saw the potential to energize and build a new generation of urban leaders addressing the future of metropolitan equity, sustainability and economic growth, made a crucial $50,000 grant, and then tirelessly advocated for us with other funders and leaders for years.

Later on, at the Ford Foundation, Walker’s support would again become critical. In 2011, Next City sought to end its print publication and move to an entirely digital platform. A senior program officer of Ford Foundation’s Metropolitan Opportunities program, Don Chen, believed in the potential of Next City’s Forefront series to shape the discussion about urban policy, and brought the project to Walker’s program to gather additional support. That grant from the Ford Foundation would transform the organization once again, and has been leveraged many times over.

Walker joined Ford in 2010 after having spent eight years as vice president for foundation initiatives at Rockefeller. Prior to that, he served as chief operating officer at the Abyssinian Development Corporation, during which he oversaw the construction of more than 1,000 units of low- and middle-income housing in Harlem. In 1999 he opened a Pathmark in the historically black neighborhood, which at the time had been a chronic food desert. According to the Times, the Pathmark represented “the first full-service supermarket [in Harlem] in a generation.”

What will this all mean for the direction of the foundation?

“Darren looks for what works, and isn’t cowed by what foundations are supposed to or not supposed to do,” Gordon continued. “He also knows a shocking amount about a wide range of important areas of philanthropy and social change — from arts to community development to law. Ford could not have chosen a better president.”