For Vietnamese Businesses, Washington Ave Is Little Saigon – Next City 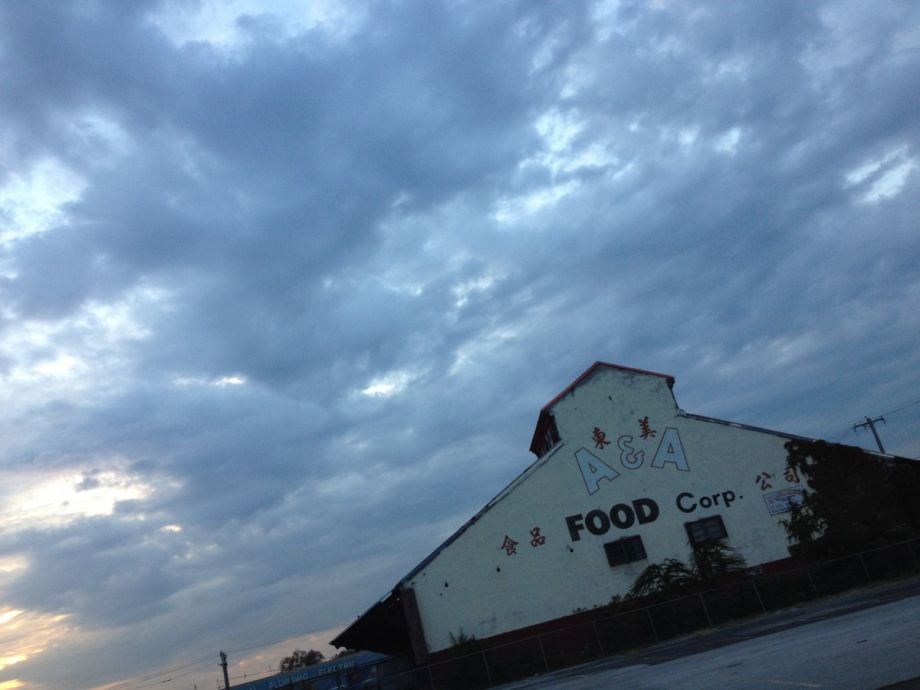 This is the second article in a short series about the changing identity of the Washington Avenue corridor in South Philadelphia. Read the first here.

At dusk on Washington Avenue, a few straggling workers pull shut the clanging doors of an industrial warehouse. A bushy-bearded man bikes by, passing the warehouse and a park where neighborhood teens duke out a ferocious basketball game. Two monks dressed in orange robes unhurriedly walk past.

The strip malls are typical of Vietnamese business communities across the U.S. One Temple University anthropology scholar, writing for Hidden City Philadelphia, links the architecture to the idealization of American enterprise among South Vietnamese frustrated under communism and inspired by the “simple, geometric high-rise buildings” constructed in Vietnamese towns and cities during the Vietnam war. To many Vietnamese entrepreneurs, “these stark structures represented the American dream of accumulating wealth in a free market economy.”

This historic context gets lost on Washington Avenue. Here, the strip malls serve as bright ambassadors of Philly’s changing neighborhoods, of the city’s future. The Asian population in South Philadelphia East, which encompasses Washington Avenue, grew by 277 percent between 1990 and 2010. When the first Vietnamese retail plaza rose in the aging manufacturing zone in 1990, the area was a no-man’s land of vacant lots and collapsing warehouses. Yet even as these businesses prosper, their architectural style has made for growing pains in the changing neighborhood and, indeed, costly conflicts that have stymied progress on the corridor.

Travel west on Washington and observe the collateral damage. On the corner of 23rd Street, a partially erected strip mall sits empty, its decade-old concrete walls aging and unused. After being met with fierce resistance from the South of South Neighborhood Association, developer Phat Mot hasn’t been able to move forward with the project. The two sides have been in a protracted legal tussle over the site’s zoning since the late 1990s.

Reading a message board operated by the non-profit Philadelphia Speaks offers a window into the lawsuit’s motivations: “If this strip is similar, at all, to that one [on 11th] then neighbors can expect 1) crappy parking placement, 2) unsightly trash placed anywhere and everywhere, 3) increased rodents due to this trash, 4) a poorly built facility, and 5) such poor security that drug dealers would have a new hangout spot,” an anonymous commenter wrote.

Complaints about architecture and design abound: “If he just reconfigured his developments I really wouldn’t mind so much,” wrote another Philadelphia Speaks user. “I like some of the Vietnamese places in those plaza’s, but so so so horribly laid out,” the user added. A local community organizer piped in with the observation that the strip malls were “fit for South Jersey” but didn’t fit the urban landscape.

At 21st and Washington, tatters floating in the breeze are all that remain of a poster advertising the New Vietnamese Center, a massive multi-use facility proposed by late Vietnamese tycoon Tran Dinh Truong. The abandoned Frankford Chocolate factory, slated to house the mixed-use center, now sits vacant despite having earned approval for development from the zoning board. Community members say the family in unsure how to proceed following Truong’s death in May. Other neighbors say they would prefer to see a purely residential project there, perhaps loft conversion like projects farther east on Washington.

Pho Tau is one in a string of restaurants developed across the street from Wing Phat Plaza on 11th Street. Phil Hua manages the popular destination known for its steaming bowls of noodle soup. He said the fights over aesthetics on the avenue are minor hiccups in what is otherwise a straightforward growth trajectory.

“Asian business is like, ‘I do my thing and you do yours,’” said Hua. “That’s it.” Philadelphia, he said, is a “money town.” Regardless of whatever sparring over zoning, “you can always make money with a restaurant.”

In 1978, Hua crowded onto a fishing boat packed with refugees and fled his home in war-torn South Vietnam. After 10 months in Malaysia, he moved to Philly’s Germantown neighborhood. “When we got here we started sponsoring our aunts and uncles one after another,” Hua said, “Basically my entire family is here, on both sides.”

He sponsored his wife as well, and his daughter, born in Vietnam, is naturalized. Hua is confident that the future in the city is bright for his daughter and her generation of Philadelphians. His co-workers agree.

Samuel Chueh works with small businesses, many of them Vietnamese, through Philadelphia’s Commerce Department. One of the difficulties of resolving conflicts on Washington Avenue, he said, is the same do-it-yourself attitude that Hua credits for the avenue’s success.

“The ethnicity background is very complicated,” Chueh said, “our challenge now is each circle — they do not talk to each other.” Without a Vietnamese language speaker in his office, Chueh said he has struggled to earn the trust of business owners or convince them to participate in government programs. Chueh said that South Philadelphia’s diversity is good for Philadelphia, but that “the challenge now is how can we coordinate with everyone.”

That coordination will be critical over the next few years. East Washington Avenue is the subject of many small plans, but for overarching direction it still waits for the Planning Commission’s South district plan, expected before 2017.

Jennifer Barr, who will eventually coordinate the plan, said that the eastern part of Washington Avenue is “doing pretty well” on its own accord. “They have high occupancy rates, they serve ethnic markets, unique markets,” she said, “I wouldn’t want them to feel like they are being pushed out because we want another type of development.”

Hua has big dreams for the avenue: Beyond turning into a “Little Saigon,” he wants Washington Avenue to look more like South Street, a pedestrian-heavy commercial hub a few blocks north. South Street is narrow while Washington Avenue is a broad, post-industrial thoroughfare, but that doesn’t matter to Hua.

“With the Asian community, this whole area can be good like South Street,” he said optimistically, “You come in at night, go to a noodle bar, walk around. If they’re on a budget they come sit at the noodle house, get a beer.”