For US Cities Looking to Take Police out of Schools, Toronto May Be a Model – Next City 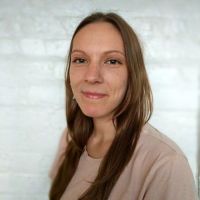 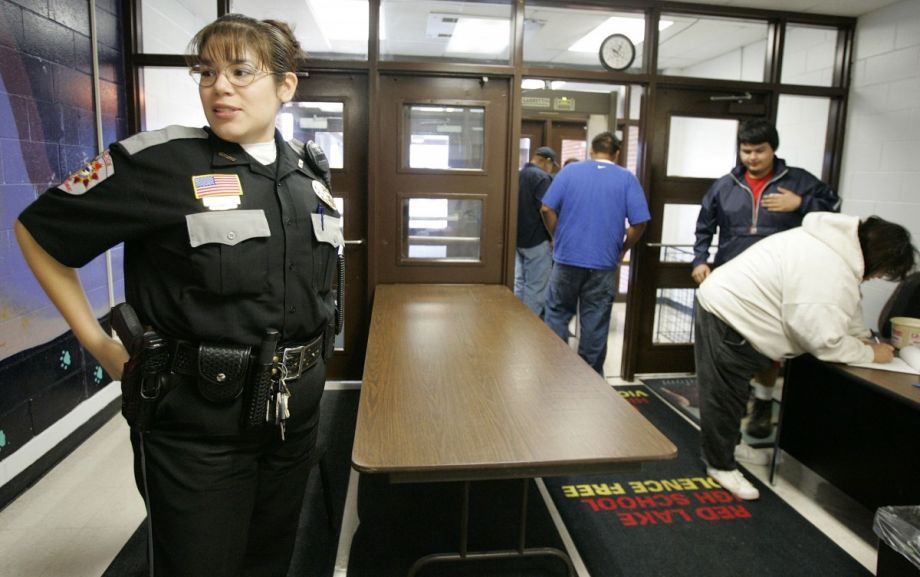 As some big school districts across the U.S. weigh cutting ties with local police, they have little precedent to draw on in a country where all 25 of the largest districts put sworn police officers in at least some schools.

But if they look to Canada’s largest school district, they can see one example. Toronto’s English-language public school system ended its school police program less than three years ago amid concerns about anti-Black racism.

Officials with the Toronto district, which serves nearly 250,000 students, made their decision after an unusually detailed process of asking students about their experiences with police and whether they wanted the program to continue.

And while the school district doesn’t have good data to indicate whether the decision made students feel safer at school or led to fewer arrests of students, the removal hasn’t upended the jobs of teachers or local police.

Meanwhile, community activists who favored ending the program continue to support the decision, saying it removed the stigma associated with having an officer stationed in certain schools, though some are still concerned about the role police play in schools.

It’s a process, and a result, that could offer lessons to U.S. school districts considering a similar move.

“We did it at a time when we thought that it was the right thing to do, based on the feedback from community,” said Jim Spyropoulos, who oversees human rights and Indigenous education for the Toronto district. “We were well-positioned, and we’ve experienced success, because we didn’t wake up one day and snap our fingers. We had built a long ramp to getting to where we did.”

Toronto started putting armed, uniformed police officers in the city’s public schools in 2008, a year after a Black high school freshman was shot and killed at school. The district called them school resource officers, or SROs, as many U.S. school districts do.

Activists and community organizers lobbied against the program from the start, saying it would lead to the criminalization of students, especially of Black students. Its supporters championed it as a way for the police to build relationships with young people.

The conflict came to a head nearly a decade later in 2017, as Toronto’s Black Lives Matter chapter and other community groups ramped up the pressure to remove police from schools.

Forty-five public high schools had police in them at least part-time. That represented less than half of the district’s high schools, but critics say that police were stationed primarily in high schools located in communities of color with higher poverty rates.

Initially, school officials said, the decision to put an officer in a school was made by its principal, along with a district administrator, a parent representative from a local school council, and the elected school trustee — the name for a school board member in Canada. But students were never consulted.

What happened next would go on to shape each aspect of the district’s response.

Toronto school trustees put the school policing program on hold while the school district conducted a review, reasoning that students wouldn’t be able to speak freely about the program while police were still stationed in their schools.

District officials then surveyed the more than 15,000 students in the high schools with police, as well as nearly 500 parents and more than 1,000 staff members, asking how police in schools made them feel and how officers behaved.

In addition, the school district tapped outside community leaders to conduct smaller focus groups with students and former students who’d had interactions with police at school. Advocates said they specifically sought out students who’d been handcuffed at school or who’d been involved in the juvenile justice system.

“To have that very traumatic and very challenging conversation, and for them to tell stories of some of the most horrendous experiences they’ve ever had in their own personal lives, you would need someone to facilitate it … who has relationships with those young people,” said Tesfai Mengesha, who directs Success Beyond Limits, a community group that provides after-school programming to middle and high school students and which facilitated some of the conversations.

District officials also agreed they would put greater stock in what students who’d been most affected by the program had to say, even if that was a minority of students.

“The use of an equity lens is extremely important,” said Andrea Vásquez Jiménez, who advocated for removing police from schools and co-chairs Toronto’s Latinx, Afro-Latin-America, Abya Yala Education Network.

District officials faced some backlash for giving more weight to those students, especially from police, who said the overall data supported keeping officers in schools.

But in November 2017, school trustees voted to end the program.

“Over recent months, we have listened to marginalized voices that have not always been heard,” the school trustees chair said in a statement at the time. “We have heard loud and clear that the SRO program is not welcome by a significant number of our students.”

Since the removal of school police, the district has continued to rely on unarmed school safety monitors to help with student behavior, as they did while police were stationed in schools. Teachers and community activists are generally supportive of that arrangement, and principals still have the option to call for police assistance — though data show police are now involved in a smaller number of suspensions and expulsions.

Every high school has at least one safety monitor regularly assigned to the building, who walks the hallways and school grounds, watches for intruders, and resolves conflicts between students. Some are coaches or people who grew up in the community.

Principals can now request an additional monitor on a temporary basis if they see a need — a change district officials made to address the concerns of some principals after the police program ended.

“It could be that a school principal, a school community, is sensing an uptick in some issues,” said Ted Libera, a Toronto school administrator who helps principals with school climate and safety. “Just to help calm the waters and have another body in the school… we’ll provide that.”

Leslie Wolfe, who heads a union bargaining unit that represents Toronto high school teachers, said while her members broadly supported the removal of police from schools, some had worried the change would lead to an uptick in negative behavior. But “that just hasn’t been our experience,” she said.

“After the decision was taken, that was basically the last time I heard about it,” Wolfe said. “I’ve got between 5,000 and 6,000 teachers in schools … and they’re not shy.” If the teachers were “perceiving that their own safety and that of other students” was at risk, she said, she would know.

And activists like Butterfly GoPaul, who lives in the Jane and Finch neighborhood, say removing school police has helped shift the perception of certain schools, but there are still deep-seated issues of student trauma and poverty to address.

“It was like night and day to have police cruisers all the time not parked right in front of the school,” said GoPaul, who is also the parent of two Black children who’ve attended Toronto public schools. “Where dollars should be going, they haven’t been going. Teachers, support staff, guidance counselors, social workers — we need these things in schools. The reality is, the tensions that exist in our schools are still there.”

The school district didn’t pay for the school policing program — that came out of the police department’s budget — so canceling the contract didn’t result in extra money that could be redirected toward other staff positions, such as school social workers or counselors.

The removal of police also coincided with a broader push inside the Toronto district to reform school discipline and take a less punitive approach. Suspensions and expulsions have dropped in recent years, including for Black students, though they are still much more likely to face this kind of discipline than their peers.

The district doesn’t have student arrest data, but it does track how often police are involved in suspensions and expulsions across all schools. During the 2016-17 school year, the last full year that police were stationed in some schools, police were involved in around 1,525 suspensions and expulsions. The number was lower in each of the next two years by a few hundred incidents. (Though district officials caution this data doesn’t account for all police involvement in schools.)

It’s worth noting the school district still has a working relationship with the Toronto police department and a school principal can still call police for help. There’s a protocol that spells out when schools must notify police of an incident, and when it’s at the school’s discretion, though it’s currently under review.

The local police department runs “school engagement teams” made up of officers who are assigned to multiple schools with many similar responsibilities as the former school-based officers.

“They build relationships, try and get intelligence [about] what’s going on at school, prevent crime,” said Brian Callanan, the vice president of Toronto’s police union. “But obviously the big difference is they’re not embedded.”

A police department spokesperson did not respond to questions for this story. But in Callanan’s view, this set-up means officers have fewer opportunities to build relationships with students and are less familiar with them — though advocates for the removal of police from schools would say that was the intent.

Some, like Mengesha of Success Beyond Limits, say the school district should place stricter limits on when police can be in schools and interact with students because “there are many, many times that police officers are still in school.”

It’s hard to judge if the removal of police changed student perceptions about school safety. Toronto school officials collect, but have yet to release, new data that could shine a light on this. But district officials say they’ve worked hard to provide in-depth training to administrators and principals to help them improve school culture, including on human rights and anti-Black racism.

That’s noteworthy, says 18-year-old Amin Ali, who is Black, and as a student trustee saw school district officials follow up on their decision to remove police from schools with other equity-related work, including trying to address an issue he feels strongly about: getting more Black students on a pathway to college.

“It’s not just simply removing police from the schools,” said Ali, who is now a student at the University of Toronto, “but also getting at the root conditions that allowed for the violence and the conflict and the strife before.”

This story was originally published in Chalkbeat. It is part of the SoJo Exchange of COVID-19 stories from the Solutions Journalism Network, a nonprofit organization dedicated to rigorous reporting about responses to social problems.

Kalyn Belsha is a national reporter for Chalkbeat based in Chicago. Previously, she covered education for The Chicago Reporter, Catalyst Chicago and the suburban Chicago Tribune. She is a former Spencer Fellow in Education Reporting at Columbia University and has taught journalism at Loyola University Chicago.