Op-Ed: ‘Demolition’ Is Not a Bad Word — Just Keep It Strategic – Next City

Op-Ed: ‘Demolition’ Is Not a Bad Word — Just Keep It Strategic 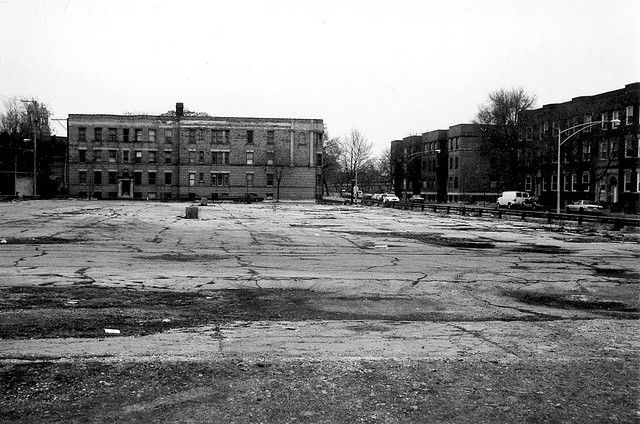 Vacant properties and otherwise blighted and deeply undervalued parcels are one of the key challenges of “legacy cities,” or municipalities that have been battling their way back from manufacturing decline and population loss for decades. Prominent in our recommendations in the report “Regenerating America’s Legacy Cities,” an analysis of 18 struggling cities published by the Lincoln Institute of Land Policy, is the notion that cities should not be afraid to demolish.

Repurposing large inventories of vacant land strategically is a major springboard for change in heavily disinvested areas. Cities should explore large-scale reconfiguration of land uses (see what’s happening in Baltimore), including the use of vacant properties for public open space, urban agriculture or stormwater management. But demolition has to be strategic, not piecemeal or driven by the “squeaky wheel” principle.

This measured approach to vacant properties is part of an overall strategy we have labeled “strategic incrementalism.” It means forgoing silver bullets such as building casinos, sports stadiums or convention centers, but fostering regeneration in a way that looks more like silver buckshot: Taking stock and moving block by block to build on the assets that all legacy cities have. Other key components include:

If there’s one common theme that has emerged from our analysis, it’s that strong regions are a distinguishing feature of thriving cities around the world. While legacy cities and their regions are already inextricably linked by social and economic realities, far more must be done to make these connections positive forces for regeneration both in the city and the rest of the region. Public policy changes at both state and national levels should be pursued to foster greater regional integration. Regionalized infrastructure systems, particularly transit, sewer and water systems, should be encouraged to strengthen city and regional ties that foster economic growth.

The more measured, case-by-case approach may be less likely to grab headlines than sweeping plans, but the daunting obstacles to change can be overcome through a process of gradual, incremental actions driven by a shared vision. Rather than devote significant time and resources to large-scale comprehensive planning, legacy cities should focus on building partnerships, supporting multiple initiatives and building broad-based, organic support for a shared vision for the future.

Alan Mallach and Lavea Brachman are the authors of “Regenerating America’s Legacy Cities,” a report from the Lincoln Institute of Land Policy.

Alan Mallach is a senior fellow at the Center for Community Progress and a visiting professor at the Pratt Institute Graduate Center for Planning and the Environment. He is the coauthor of the 2013 Policy Focus Report, Regenerating America’s Legacy Cities, and editor of the 2012 book Rebuilding America’s Legacy Cities: New Directions for the Industrial Heartland. His newest book, The Divided City: Poverty and Prosperity in Urban America, released in June 2018.