For an Increasingly Urban Nashville, the Waterfront is the Place for Change – Next City

For an Increasingly Urban Nashville, the Waterfront is the Place for Change 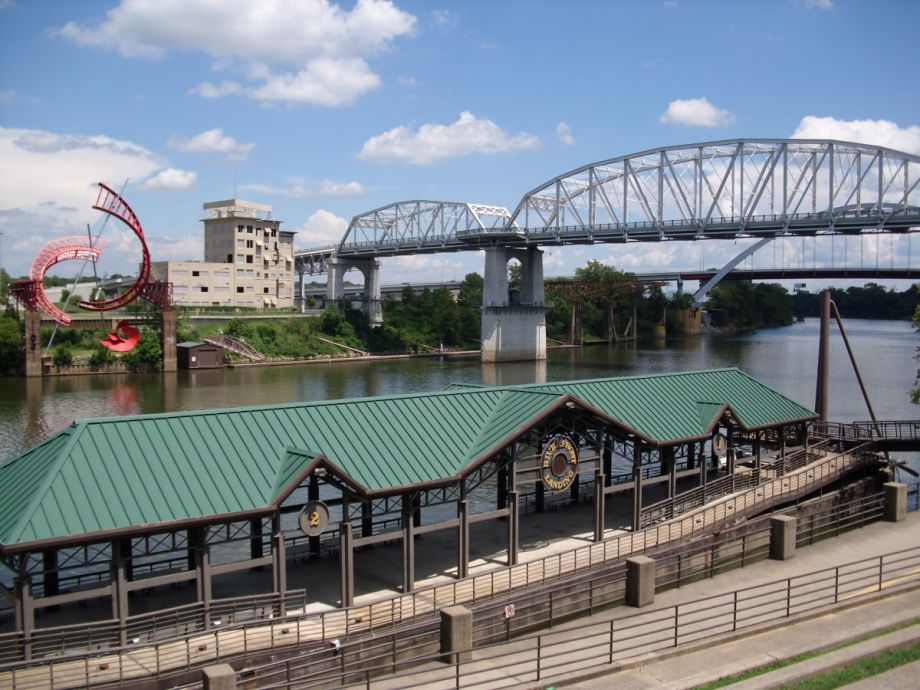 The Grassroutes Columns is proceeding on a journey throughout the southern United States for a series about urban regeneration called “New Directions for the Old South.” So far, I’ve discussed Raleigh (Part 1 | Part 2) and Knoxville.

Despite the fact that the Cumberland River runs right through the center of Nashville, it’s not a significant part of the lives of most of the city’s inhabitants, nor part of the visiting circuit of the millions of tourists who visit the music-oriented sites downtown. Said Gary Gaston, “The city has always turned its back to the river.” This has resulted in a city that often seems divided in half by a big physical barrier.

Design Director of the city’s Civic Design Center, Gaston has helped to reshape Nashville’s thinking about its waterfront. The city has now committed to a major redevelopment project alone the river adjacent to downtown that will include parks, performance areas, and greenways.

Gaston was a 2010 Next American Vanguard.

The Nashville Riverfront project has a number of implementation phases that will cost more than one hundred million to build in total, but the city and the local metropolitan planning organization have already committed $30 million for the first steps. The money is not yet there to build the full program, but Gaston is convinced that local, state, and federal sources will eventually flow in. Construction will begin soon on a children’s “adventure play park.”

Future phases will extend to both sides of the river and fill in the parking lots around the Tennessee Titans’ stadium across from downtown with an “urban forest.” A new pier, cove, outlook, and perhaps even a marina will complete the space. If fully implemented, the plan could make for a vital center-city park interesting and attractive enough to bring more people downtown and come to see the water as an elemental part of downtown Nashville.

I walked with Gaston from his office through downtown to discuss the interaction between the river and the center city. “We looked at Chattanooga and Louisville as peer cities,” he told me. Both have committed millions to parks on the water and successfully integrated their downtowns with their respective rivers. “But I think the plan here really jumps ahead,” Gaston concluded.

Where this city may set itself apart is in its use of the two-sided waterfront park as a connecting element between downtown and East Nashville, on the other side. “That neighborhood seems distant now,” added Gaston. Many of the city’s current downtown sites are most oriented towards tourists. According to Gaston, locals tend to concentrate their free time in other parts of the city, like the Gulch development west of downtown and the more artsy neighborhoods to the east.

But the park will fill a middle ground, helping to give the city’s population a good reason to come into the center-city. “This is going to be a great amenity for the people who live here.” In other words, it will help bring the two sides of the city together, uniting tourists and locals. The park’s spread across both sides of the river will encourage pedestrians and cyclists to move between the two, especially thanks to an existing automobile-free bridge.

Implemented along with a light rail line proposed to come in from the west on Broadway (and terminating at the water) and another that would run in from the northeast, the park will serve as the backbone of the inner-city.

For Gaston, that fits right in with the goals of the Civic Design Center. “Our organization’s mission to is bring everybody together,” he said. And indeed, with the park open and ready, the Center could be accomplishing just that.