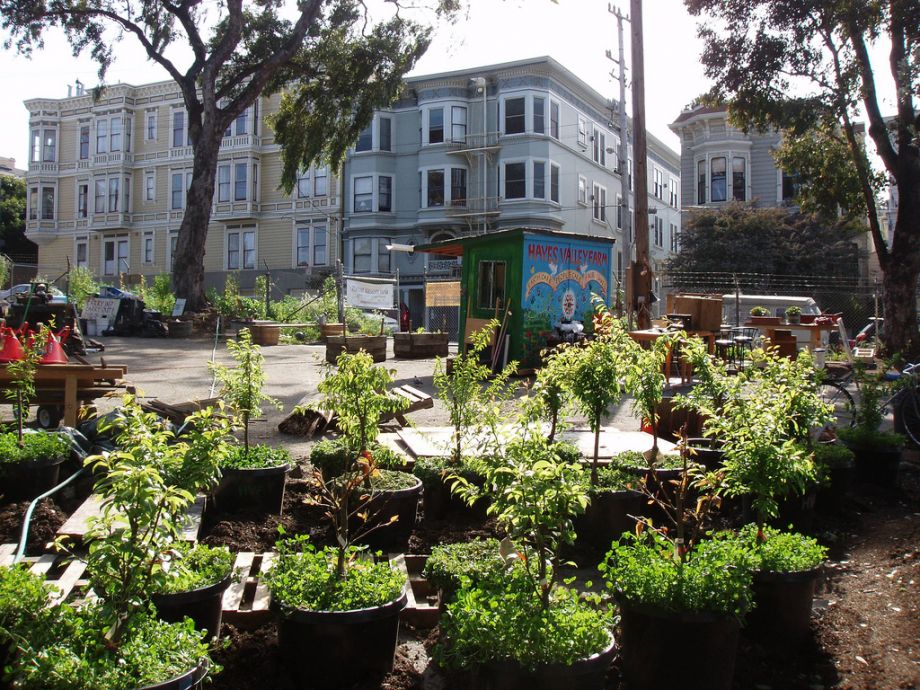 As others are doing in Seattle and Philadelphia, the small city of Davenport is addressing local food insecurity with a regenerative, seven-layer garden, known as a “food forest.”

The Quad City Food Forest uses permaculture techniques to create a layered “guild” system — i.e., a group of plants that help each flourish. The layers include “root, mushroom and shallow-rooted foods at the base of the garden, followed by vining varieties, ground covers and herbs,” according to the Quad-City Times. Next, there’s a flowering- and fruiting-shrub layer, then a low-tree layer and finally a full fruit- and nut-tree layer.

According to the paper, the food is available to the community for free.

“Volunteers take food home on a weekly basis, and anything that is left over, we will take to several local shelters and food pantries,” food forest president Conza Borders recently told the paper.

As Next City has covered, closed-loop agriculture is increasingly being used by cities to address hunger, food deserts and even mental health. The food forest model is particularly effective for low-income families because many community gardens require money for membership dues, seeds and tools. Food forests are designed to regenerate, with volunteers sharing seed-saving methods and planting native perennials that boost harvests year after year. They also tend to have an open-door policy.

“Anyone can come at any time of day and take whatever they want,” Michael Muehlbauer, the agricultural engineer and orchardist behind the Fair Amount Food Forest, told Next City earlier this year.

In Philadelphia, agriculturists want to borrow an idea from Seattle and use public land to create food forests. Their proposal wouldn’t just address food insecurity, but create a “different model for the civic commons,” Muehlbauer told Next City.

“Humanity used to have more of these spaces, for collectively growing food for each other and sharing it, and this is just trying to bring that back a little bit,” he said.