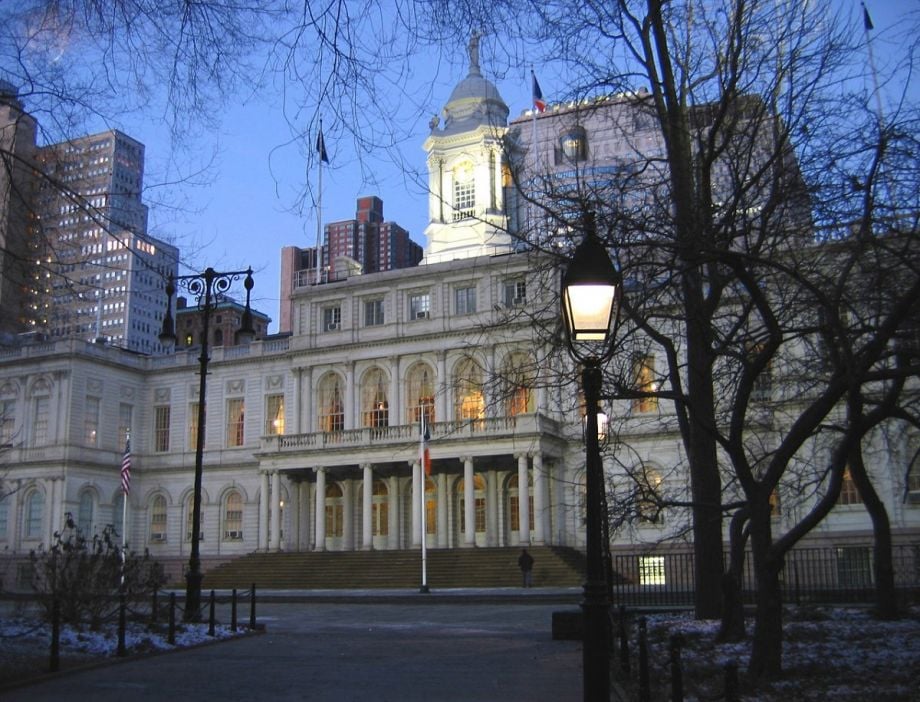 New York City finally got some positive headlines this week, with Mayor Bill de Blasio pulling a one-two punch, announcing Tuesday a plan to provide health care for all New Yorkers regardless of their immigration status, following up Wednesday with the announcement of a plan to guarantee paid time off for all workers in the nation’s largest city. A third bill, also announced Wednesday, may have an impact on more New Yorkers than either.

The announcements come after weeks of the city and New York State getting hammered by local press and politicians for the handling of the Amazon HQ2 bid process, criticized for being negotiated behind closed doors and for promising billions of dollars in tax incentives to one of the world’s largest and richest corporations while there are well-documented billions of dollars in repairs needed for the city’s public housing and public transportation systems. The city and the company continue to retort that the 25,000 or more jobs coming to the city will pay much more back in state and local tax revenues on balance.

Mayor de Blasio made the Tuesday health care announcement at Lincoln Hospital, in the Bronx. The Washington Post reported that “the promise is aimed at 600,000 New Yorkers who lack insurance because they can’t afford it, believe they don’t need it, or can’t get it because they are in the country illegally.” The Mayor estimates $100 million in annual funding needs once the program is fully up and running in two years, but pledged no new or higher taxes to fund the initiative, saying that it will actually save taxpayer money by reducing the costs of treating patients who use the emergency room as their primary care provider.

Local public radio pointed out that the funding commitment still only works out to about $150 per person per year.

Under NYC Care, as the city’s program is being called, uninsured New Yorkers will be able to call a central phone number to get an insurance card and be assigned a doctor, giving them access to primary care and an array of specialty services, the mayor said according to the Post. But the services won’t be free for everyone, the paper reported: Fees will be assessed on a sliding scale, depending on income. Starting this summer, according to the Post, city officials said they will work to enroll undocumented residents through NYC Health + Hospitals, a network of public hospitals and clinics across the five boroughs. Patients will be matched with a primary care physician and guaranteed an appointment within a week or two. NYC Care will launch in summer 2019 and will roll out geographically, starting in the Bronx. It will be fully available to all New Yorkers across the five boroughs in 2021.

The potential flood of new patients would be coming into the purview of a health care system that’s spent years operating under a chronic shortage of primary care providers — a long-running challenge City & State documented last October. As the magazine reported, in order to address its chronic shortage of primary care providers, NYC Health + Hospitals has a partnership with a for-profit medical school based 2,000 miles away on the Caribbean island of Granada. Since 2007, the for-profit school has paid NYC Health + Hospitals for the privilege of being the only international medical school whose students do rotations in the city health care system.

Both stories being leaked first to national press, as opposed to local papers, had local journalists grumbling about — if not outright offended by — yet another display of the mayor’s disdain for local NYC media, revealed explicitly last year in a series of emails released on court order.

Garnering fewer headlines, but potentially affecting even more New Yorkers than either the guaranteed health care or paid time off plans: another bill, also announced Wednesday, to require developers seeking to do business with the city to disclose relationships with government officials. As the New York Post reported, the bill was introduced by Council Member Ben Kallos, who represents parts of Manhattan, but also currently chairs the Council’s Land Use Subcommittee on Planning Dispositions and Concessions, which has oversight over the sale or lease of city-owned land to developers. Those land deals often (but not always) come with public subsidies.

According to NYC’s Open Data portal, there are currently 8,452 lots of vacant, city-owned land in the city of New York. Using publicly available data, the land access group 596 Acres mapped out 208 lots of city-owned land sold or pending sale for $1 to developers since the beginning of the de Blasio administration in 2014.

“By forcing developers and HPD to disclose relationships, I am confident we will get more bang for every dollar given as a subsidy,” Kallos, told the New York Post, referring to the city’s Department of Housing Preservation and Development, which often enters into deals with developers to subsidize the development of rent-regulated housing on city-owned or privately-owned land. “Well-connected developers should not be getting sweetheart deals on the taxpayers’ dime.“