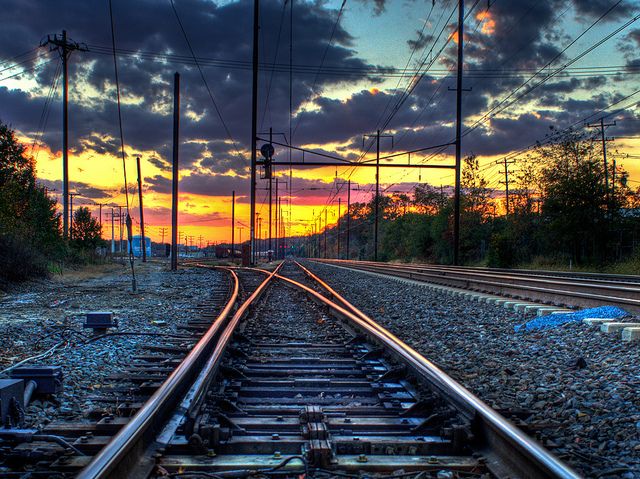 A lot is riding on the Florida’s proposed high-speed rail line from Orlando to Tampa. If built, it would be the first pure such line in the US and a first step at reshaping the way Americans travel between cities. But it would also irreversibly change the face of communities along the line.

“The project represents the creation of a superregion,” said Richard Crotty, the mayor of Orange County, Florida, at the Florida High Speed Rail (HSR) Industry Forum in Orlando on November 8. The proposed line would knit together all of the communities, including Lakeland, Orlando and Tampa, along its 84-mile corridor into one he said. Mayor Buddy Dyer of Orlando, Mayor Gow Fields of Lakeland and Mayor Pam Iorio of Tampa reiterated his comments when they expressed their support of the project.

The idea of a new superregion, a central Florida megalopolis if you will, represents both an amazing and a lost opportunity depending on whom you speak to. The line will undoubtedly spur population growth and attract new businesses to the region. These will in turn require new development, meaning increased investment and an expanded tax base for the communities along the corridor. In Fields’ presentation at the forum, he mentioned that Lakeland has the utility capacity to support a population of 250,000 people – it currently has roughly 94,000 residents.

Combined, the metropolitan areas of Lakeland-Winter Haven, Orlando-Kissimmee and Tampa-St. Petersburg-Clearwater had an estimated population of 5.4 million in 2009 according to the US census. A 19.6% rise over the 2000 numbers.

But to supporters of denser, more transit-oriented urban communities the line and potential megalopolis fall far short of their potential. With the vast majority of the planned tracks running in the median of I-4, only one of the five stations – Tampa – will be in a downtown area with the others located in suburban locations or at the Orlando International Airport. In a blog post on The Transport Politic, Yonah Freemark, a transit advocate, called the line’s lack of stations in downtown Lakeland and Orlando a “huge loss” because it eliminates the possibility of new dense, mixed-use development.

Station plans presented at the forum did little to assuage these concerns. Other than downtown Tampa, the stops were mostly surrounded by parking lots and not transit oriented development as advocates like Freemark would hope for. The Orlando International Airport station, which could eventually be the largest multimodal complex in the southeast with HSR, commuter rail, light rail and the airport under one roof, would offer no development opportunities other than a parking garage and easy freeway access.

Despite the HSR lines’ shortcomings, it looks set to be built as proposed. State representatives at the forum shared a letter from Congressman John Mica, who is set to takeover as chairman of the House Committee on Transportation and Infrastructure in January, expressing his support for the project with attendees. Concerns over whether governor elect Rick Scott would kill the project were eased by Paula Dockery, a state senator and member of Scott’s transition team who is has long been an advocate of HSR in Florida. She said that while Scott does want to review the project, she has no reason to believe he intends to kill it.

HSR will undoubtedly redefine the cities of central Florida. While this may not initially be in a denser, more liveable way advocated by many urbanists, the simple fact that a new intercity train line is set to be built – possibly the first in the US since the early part of the past century – is good. And as people begin to get out of their cars and use the train, a new transit-oriented population will emerge. A group that could then lead the drive for better transit and more urban communities, redefining the superregion all over again.