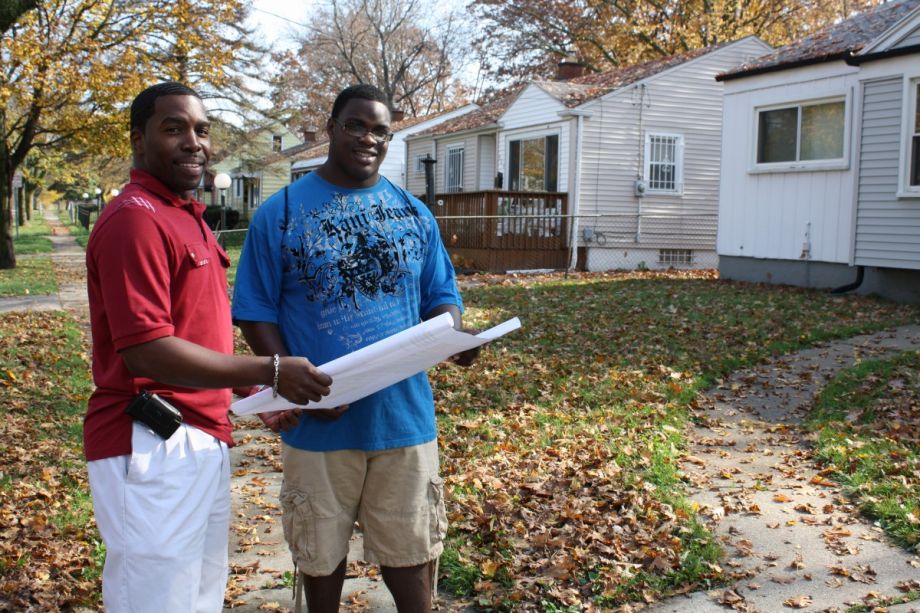 When the city of Flint, Michigan, began a master planning process in 2012, there were reasons for the city to be cautious about how residents would view what they were up to. Trust between residents and officials — even before Flint’s current water crisis began — was not exactly high. That isn’t exactly surprising in a city that has long dealt with a dwindling population and tax base, struggling schools, blight, crime and other problems.

Residents were justifiably skeptical. The city had not updated its master plan in more than 50 years, so planning didn’t seem like Flint’s strong suit. Further, that last plan had paved the way for the destruction of an entire neighborhood, largely African-American, to build a new expressway.

The city had internal challenges too. Through a Housing and Urban Development grant, the city was able to hire three planners to lead the master planning process, and when they came on board in 2012, they weren’t entirely sure what they had to work with.

“There was really no stock within the city of what state Flint neighborhoods was in,” Kevin Schronce, lead planner for Flint, says. What data was available came mostly from surveys done by the Genesee County Land Bank, Schronce says, and even then only in “small targeted areas.”

Schronce and an intern hit the streets, driving their own cars around Flint, taking notes on every parcel of land. They’d survey in four-hour shifts. That was as far as they could get before their eyes could take no more and they had to go back to the office, Schronce says. In six weeks, they got about three-quarters of the way through Flint’s 56,230 parcels.

That’s when Natalie Pruett, an independent consultant who often works with the city and the Land Bank on land use issues, suggested asking the public for help on the master plan. If the idea worked, Schronce and colleagues would get the necessary data, and there’d be a fruitful, perhaps even trustful, collaboration between residents and local government.

In 2012, she was working with the Community Foundation of Greater Flint, a philanthropic organization, on its neighborhood small grants program. There was about $14,000 left after that year’s grantmaking. Pruett was also working with the city on the master plan update and knew there was an effort to engage the community in the process.

“A lot of the residents had a very negative association with planning,” Pruett says. “So I was aware of these needs and challenges, and aware that we had funding, and aware of the fact that the Community Foundation’s neighborhood small grants program did have very good relationships with community-based groups and residents. So I said, what about offering mini grants for residents to do the data collection in their neighborhoods? I thought it would be a very meaningful way to put the residents in the seat of what it’s like to be a planner. To collect data and understand how they’re looking at things, and then, by looking at things, that gives them a lot of influence in planning what their neighborhood looks like.”

That first year, 2012, community-based groups inventoried the balance of residential properties that Schronce had not yet surveyed. They drove around with paper maps, in groups of two or three, and rated properties on a scale of 1 through 4, based on condition. The city provided training on what to look for — for example, how to rate a house with a bad foundation or an aging roof, or if it was boarded up or not.

L. W. Miller, who runs Men of Tomorrow, an organization that works with young men, says he was happy to work with the city and have that relationship, and to tell residents about the project. He talked to people while surveying, answered what questions he could, and directed them to the city for those he couldn’t.

“We had some negatives, people wanted to know what are we doing, why are we doing this,” he says. “Some people said what can we do with open arms. … We had people offer us water, something to eat.”

The groups proposed the areas they wanted to canvas, essentially defining what they saw as their neighborhood. Some areas were huge; others were as small as six blocks. In the end, they received copies of their work: maps with color-coded data that showed the state of their neighborhoods. They also each got a $500 mini grant to use however they wanted.

The effort led to workshops where the community was encouraged to give input on the master planning process.

“I would argue that that process really built the base for all the participatory programming that the city did,” Pruett says. “Because residents realized these aren’t planners who are in their own head and are just going to use their expert opinions to chop up the city again. They’re invested to hear what I say, their goal is quality of life.”

Miller saw that involvement spread well beyond the master plan update, and have a positive impact on the young men he works with.

“We thought by taking inventory, it was a way not just to improve Flint, but a way for people to see young people helping out,” he says. “A lot of people, they look at young males of today, they think they’re gang banging or something, it’s not positive. … In this instance, they’re help building up, they’re a piece of the puzzle that is trying to make things better.”

They’re using tablets now with a special app that allows them to take pictures of each property. The data was recently compiled on a website where residents can view the state of each property anywhere in the city and comment if they see something they think is wrong. This helps the city keep the inventory more up-to-date between citywide canvasses.

The data informed the master plan, and got residents involved, but it was also data that allowed for some more immediate tangible results. The percentage of the city’s streetlights that don’t work has dropped from 12 to about 3 percent.

“The degree to which [the inventory data] is used for policy, for project planning, has been huge,” Pruett says.

In 2013, the Genesee County Land Bank and the city of Flint used the results of the initial data collection to secure $20.1 million through the federal Hardest Hit Fund, a program that helps communities struggling with high foreclosure rates.

“You had to apply for this funding, and you had to say, these are the properties we’re going to demolish, and there were all kinds of strings attached,” Pruett explains. “And if they tried to put that application together before the neighborhood inventory, Flint would not have received an award close to that size because they simply would not have had the information to show the need.”

As of July, Flint has received a total of about $67.5 million in Hardest Hit money. About half of that has been spent so far, resulting in the demolition of 2,248 structures.

More than 50 community groups now participate in the neighborhood inventory program. The Community Foundation of Greater Flint is still helping, with the $500 mini grants.

Schronce says that, for him, that involvement and the resulting dialogue is what he’s most excited about it. The planning department could, he says, do the inventorying themselves — maybe even more quickly. But that would take away the most important part, the building of relationships, and so far, it doesn’t look like that’s going away.

“They don’t have to do this,” Pruett says. “I was really struck by how willing residents were and are to devote tons of their time, and even money, to improve their neighborhoods, especially given that they shouldn’t have to.”

This article is one in a series on resident-led revitalization efforts in Flint, Michigan. Reporting is underwritten by the Center for Community Progress, through a grant from the Community Foundation of Greater Flint. Click here for more.