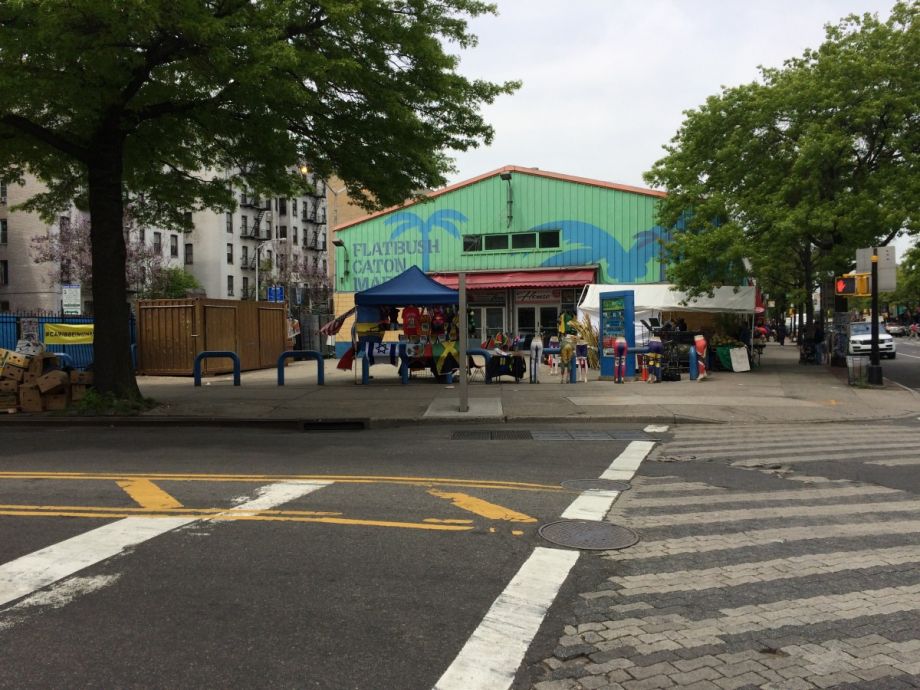 Walk along Flatbush Avenue in Brooklyn toward the intersection of Caton Avenue, and you’ll start to hear reggae and soca music on the way to the Flatbush Caton Market. There are about 40 vendors there, most of Caribbean descent, and you can buy everything from coconut and jackfruit, to clothing printed with island flags.

The New York City Council in April approved a plan to demolish and replace the market with a new one, and add 250 units of affordable housing to the mix. Amid concerns about gentrification and displacement, the city is promising to preserve and expand the market — a retail center valued by many longtime residents — and support local entrepreneurs.

“Everybody who lives in Flatbush recognizes the changes that are happening,” says James Johnson-Piett, principal and CEO of Urbane Development, a partner in the project. “But I think the opportunity and promise in this project is to have a really strong gateway to Caribbean Flatbush. And to say, yes, there are changes happening but we’re still here.”

The development team worked with the Caribbean American Chamber of Commerce and Industry (CACCI), which currently manages the market, during the public input process, according to Meredith Marshall, managing partner and co-founder of BRP Development, the lead firm on the project. CACCI will still be part of the market, with its trade center located on the second floor of the facility. (One of the largest African-American-owned development companies in the U.S., BRP also has projects in Harlem, East New York and Bedford-Stuyvesant, and in New Jersey and Baltimore.)

Flatbush Caton Market was the brainchild of former City Councilwoman Una Clarke. The cultural hub opened as an outdoor market in 2000 and moved into its current building in 2002.

“I am very pleased to see the new visionary redevelopment of the Flatbush Caton Market,” Clarke said in a press release earlier this year. “When the initial vendors were moved from the streets to the parking lot with a tent as cover, I never thought they would end up in a building. The community congratulates [the Mayor Bill] de Blasio administration for the redevelopment of the site to provide affordable housing while preserving the market as a small business hub.”

Twenty-two percent of the 250 affordable units will be set aside for low-income residents, 30 percent for moderate-income, and 48 percent for middle-income. Preference will be given to those local to the district. BRP will be using Low-Income Housing Tax Credits to finance the project. Some capital — total estimated cost is $135 million — is coming from the city.

The new facility will also have a community space and a commercial kitchen that will serve as an incubator space for existing market vendors and community entrepreneurs.

On a recent Thursday in May, Isra Gordon, owner of Delicious Ending Catering and Tea House, was getting ready for her day’s work at the market. She has occupied a corner there for three and a half years and says she welcomes the redevelopment.

“It is just wonderful how they want this to happen for us,” she said. “They want to see us grow.”

While Gordon was visibly excited to talk about the project, others expressed nervousness or indifference.

Telma Reid, who has sold infant and children’s clothing in the market for two years, said she hopes the new market turns out better than what it is now.

“Right now, I don’t know if people know what we are,” she said, adding that she’s open to the change as long as developers keep veteran vendors in mind. From the outside, it’s currently unclear what is being sold in the blue-and-green-painted building. But take a walk through the market, and you’ll see vendors selling items that range from rice and beans to clothes and personal goods like shea butter and handmade soaps.

Unfortunately, foot traffic into the building in recent years has slowed down. And vendors say they have struggled to make money.

“If you make $90 now, it’s plenty,” said James White, a worker at the Golden Seven Music Enterprise booth. “And I’m talking about weekly.” He added that in the past, the market was packed. “You couldn’t even walk through here,” he said.

“The market doesn’t have any branding whatsoever,” Marshall said. “So, we’re going to work on rebranding, have a whole digital strategy. As part of the development, you’re going to see a lot of attention paid to the market, basically rebrand the market and revamp some of the products and services that are sold at the market.” The NYC Economic Development Corporation made an agreement with the developers that ensures existing vendors will pay comparable rents to what they are today in the new space.

As those vendors prepare to relocate to a temporary space less than a mile away this fall, where they will remain during the new construction, Urbane has also been meeting with them one-on-one to prepare for the move and get to know their needs, goals and challenges. With that data, Urbane has developed a curriculum of entrepreneurial support, with a focus on core business planning and operation, as well as tailored information for vendors in specific industries, such as textiles, food and personal goods. Vendors are also receiving financial assistance with relocation costs.

“We recognize that every time you move a business, it’s going to be a challenge,” Johnson-Piett says.