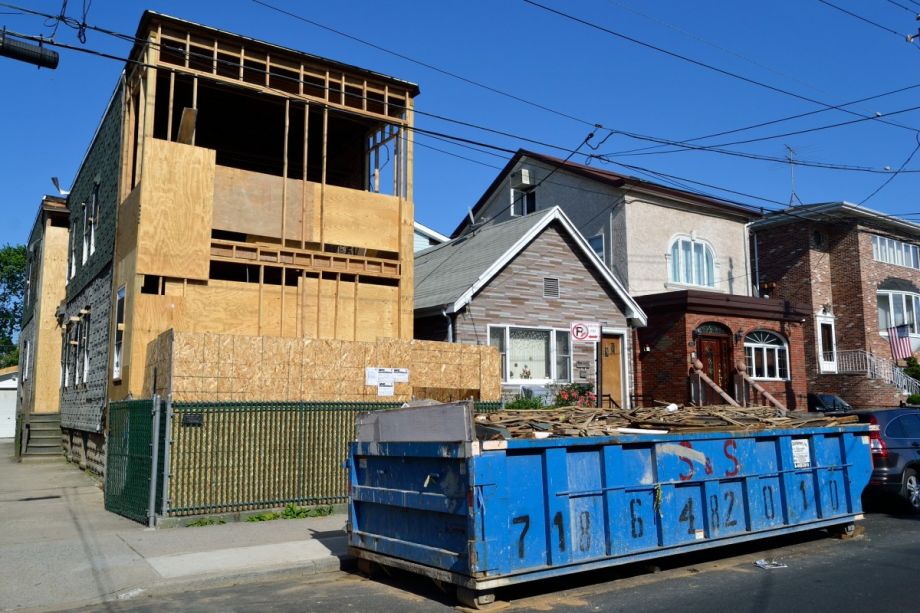 As the economic consequences of the COVID-19 crisis play out in cities across the country, finding affordable housing is becoming even more exacerbated.

A recent study by Harvard University’s Joint Center for Housing Studies (JCHS) found that nearly 20.8 million renter households in the U.S. — or 47.5 percent of renters — are “cost-burdened,” meaning that they spend more than 30 percent of their income on housing. The National Low Income Housing Coalition reports that the United States has a shortage of about 7 million rental homes for people earning extremely low incomes. Another JCHS report discusses the tight supply of single-family homes for purchase, especially low-cost homes.

Real estate development, however, can be a complex process that takes time — sometimes too much time. “Many of our housing stakeholders don’t appreciate that in the real estate world, it can take a while to break ground and eventually bring units online,” said Frederick White, a former FUSE executive fellow who now serves as lead housing finance advisor for the city of Los Angeles. Most real estate projects take a minimum of two years to complete, and for multiple reasons affordable housing often takes longer.

A housing finance agency (HFA) is a government entity designed to promote affordable housing by issuing tax-exempt bonds and using the proceeds from the sales to offer low-cost mortgages to affordable housing developers and single-family homeowners. Forty-nine states have state-level HFAs, and many communities, ranging in size from New York City to individual parishes in Louisiana, have established their own local housing finance agencies, said David Spirakis, a FUSE executive fellow who specializes in municipal finance. Spirakis is currently exploring the process of establishing a local HFA in Los Angeles.

“The interesting thing about housing finance agencies is that unlike most government enterprises they ultimately become self-sustaining,” said Spirakis. An HFA in L.A., for example, would require a one-time injection of startup capital from the city, but going forward it would earn fees from the mortgages it generates. “Over time, as it generates more mortgages, it earns more fees, just like a regular mortgage business does. It covers its own expenses and starts to actually make a profit, which is channeled back into housing subsidies within the community it serves,” he said.

As an alternative to a local HFA, Spirakis said, a housing finance agency can be formed as a joint powers authority (JPA), in which two or more government entities join forces to issue tax-exempt debt for mortgage originations. This format can be helpful to a small community that needs affordable housing but doesn’t have enough projects to sustain an HFA on its own. “A JPA is a way for smaller government entities to come together to try to increase the amount of affordable housing development within their respective communities through a single financing entity with potentially multiple local beneficiaries,” Spirakis said.

HFAs are especially useful because they can tailor funds to a community’s needs and overarching policy objectives. “The municipality is able to drive its own agenda,” he said. “If done right, it’s ultimately a profit-making enterprise, and all of that money stays within that locality, where it can be applied to future affordable housing projects, rather than being disseminated throughout the state or beyond state borders. The fees and taxes generated by additional construction activity also benefit the community where it occurs.”

Affordable housing developers typically use federal and state financing tools, such as low-income housing tax credits (LIHTC) and bonds, as a means to fund projects. But this type of financing often comes with a lot of rules and regulations that can slow down the progress of projects, said White, who as a FUSE fellow explored innovative financing options for affordable housing in L.A. “Costs and the timing become an issue,” White said.

As a FUSE fellow, White held a series of innovation labs that brought together housing experts from various city departments to brainstorm affordable housing solutions, particularly for moderate-income residents in Los Angeles. One recommendation was to consider the use of funds from the city council adopted Linkage Fee to develop affordable housing for moderate-income households. The Linkage Fee is a locally generated funding source for housing, so the city can establish its own rules and regulations for the funding source. In his current job, White is working for L.A. and is responsible for the implementation of a $120 million housing challenge, the funding for which came from another local source, $1.2 billion General Obligation Bond issuance supported by L.A. voters in 2016 to tackle issues around housing and homelessness.

Increasingly, companies are interested in socially responsible investment opportunities, said White. In particular, several tech giants have announced initiatives to promote affordable housing, especially in California and Washington, partially in response to criticism that well-paid tech industry employees have driven up housing costs in these markets. Apple, for example, has pledged $2.5 billion to help address the housing crisis in California, and Google has pledged to invest $1 billion to help with housing challenges in the Bay Area. The tech giants are still determining the details of how they intend to distribute those dollars, White noted, but some are creating below-market-rate loan programs for developers, and others are creating lines of credit available through the state.

White sees public-private partnerships as a good solution to support moderate-income workers, such as teachers, police officers, and nurses, who are struggling to afford homes in high-cost markets. He also has additional ideas for ways that cities such as L.A. could use private funding. “We have thousands of units that are going to lose their affordability designation,” White said. Most LIHTC deals come with covenants that require the property to retain its affordable status for 15 and 30 years. When the affordable housing designation expires, properties can be snapped up by buyers looking to push the project to much higher market rental rates. White would like cities to work with real estate private equity fund operators, employers, and other institutional investors who have access to billions in capital to purchase these vulnerable projects and maintain their affordability.

“Cities should continue to target the private sector, because the private sector actually wants to help,” White said. “There’s still plenty of capital out there, and that capital is looking for socially responsible investment opportunities.”

Developers who want to build affordable housing in high-cost cities often need external financing to cover the costs of acquisition and construction, usually through low-income housing tax credits, housing bonds, or direct subsidies. But mission-driven developers must complete a lengthy engagement process to secure these funds, according to Rebecca Foster, a former FUSE executive fellow who worked with San Francisco to help address the affordable housing crisis. The process of creating affordable housing, from acquiring a site for construction to handing keys to owners, can take up to seven years, Foster said. A housing accelerator can speed up this process.

The San Francisco Housing Accelerator Fund (SFHAF), a public-private partnership first incubated in the Mayor’s Office, became an independent nonprofit in 2017 thanks to a $10 million loan from the city, and Foster was named executive director. SFHAF is the bridge lender that helps affordable housing developers close more quickly so they can compete against other buyers. Once the developer purchases the property and completes preliminary construction, the city takes over the long-term financing and pays back SFHAF, which uses the funds for its next project. Since it was established, SFHAF has committed more than $130 million in capital for affordable housing projects in the city.

5. Use tech for easier information-sharing

In many cities, affordable housing projects span numerous departments and agencies, which often operate in silos. As a result, it can be difficult for cities to make quick, informed decisions about affordable housing and for developers to access up-to-date information on their projects, resulting in significant delays in moving a housing project through the development pipeline.

Former FUSE executive fellow Sean Doss worked with the Los Angeles Housing and Community Investment Department (HCID), which serves in part as a lending arm of the city, offering funding opportunities for affordable housing developers. Tasked with uncovering potential ways to streamline operations, he recommends that cities implement an enterprise resource planning (ERP) system, which would allow the city to manage information about the stock of existing affordable housing units and each phase of new projects. For example, such software could create “deal teams” made up of people inside and outside the city, including loan officers, underwriters, asset managers, attorneys, and more, all engaged in a given affordable housing project. Members of the team would have specific tasks and deadlines that could be easily tracked, and the entire team would receive an automatic email each time a project moved forward. The software could streamline a range of decisions, including which types of new buildings are needed most, Doss added.

“There’s a lot of funding resources, and a lot of great policy ideas out there,” Doss said. “Streamlining operations will allow cities to catch up with all those innovative ideas.”