First Candidate for D.C. Mayor in 2014 Shows How the District Has Changed – Next City

First Candidate for D.C. Mayor in 2014 Shows How the District Has Changed 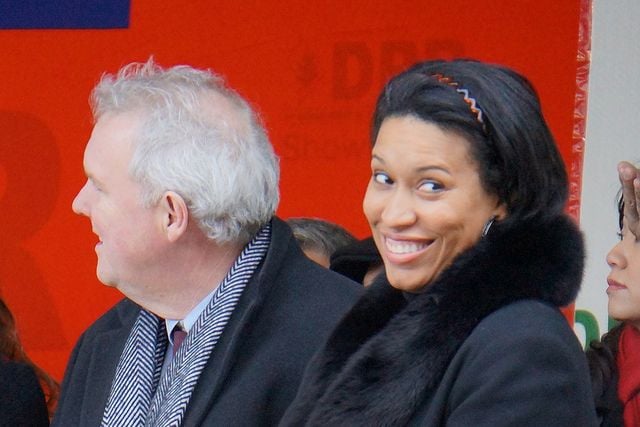 Muriel Bowser, a Washington, D.C. city councilmember, became the first official candidate to enter the District’s 2014 mayoral race on Saturday. And despite her wishes to the contrary, for local media the main story seems to be how much she will come to resemble Adrian Fenty, the D.C. mayor from 2006-2010.

“With Echoes of Fenty, Bowser Launches Mayoral Bid” went the headline on DCist, a local news blog. The former mayor’s name “will hover over the entire campaign,” said the Washington Post.

“Try as you might to make me Adrian Fenty, I’m not,” Bowser told the Post’s Mike DeBonis in a Monday interview.

The stress on the connection between Bowser and Fenty, however, implies much about how the city has changed in the last seven years and where voters want it to move in the future.

Backing up a bit: In 2006, Fenty succeeded former mayor Anthony Williams, who had already set in motion a large-scale revitalization plan. (The goal, per Williams’ second inaugural address in 2003: 100,000 new residents in 10 years.) Fenty, mixed-race and educated at Oberlin and Harvard, continued this push for redevelopment in earnest. Both men were black District natives, but both found much support for their policies among white residents.

After Fenty became mayor, Bowser got his endorsement and ran to replace him as the city council’s representative from Ward 4, which covers a large swath in the District’s Northeast and Northwest quadrants. She landed an easy victory, and many have said that the former mayor became a political mentor to Bowser.

But Fenty lost reelection to Vincent Gray, the former city council chair, in 2010. Many observers cast the race in literal black-and-white terms, portraying Fenty as an enabler of fast-paced development and gentrification, with Gray representing the voice of a black community frustrated at a city changing without its needs in mind.

“Notwithstanding the progress Fenty has made in improving the District’s schools and lowering its murder rate,” went one typical Post story during the campaign, “his biggest shortcoming in the minds of many black voters is that he has mishandled the most important long-term issue facing the city: gentrification, and the racial politics that go with it.”

To whatever extent this was true — others have credited Fenty’s defeat to his aloof and alienating managerial style — Gray won the Democratic primary by about 13,000 votes, ensuring his victory that November in a city where three-quarters of voters are registered Democrats.

It’s easy to see why this old-vs.-new narrative caught on. The place hitherto known as Chocolate City has seen its African-American population dwindle every decade since the 1970s, even after it started gaining residents back in the last 12 years (the District’s population has it has grown by about 30,000 since 2000). In 2011, the Brookings Institution estimated that the city no longer has a black majority.

Demographic changes in the city at large are even more pronounced among Bowser’s constituency. The share of Ward 4’s black population fell by a good 20 percent between 1980 and 2010. In the same time, its white population grew by 5 percent, while its Hispanic population more than quadrupled. As of two years ago, blacks made up about 60 percent of Ward 4, while whites and Hispanics each accounted for one-fifth.

In two weeks, Next City will run a Forefront story by Dax-Devlon Ross on race and gentrification in D.C. Ross finds one source, a black city official who has worked on economic development policy, who puts in relief the divide between the District’s new white liberals and old black liberals:

“On a national political level, we’ve always been and always will be Democratic,” [the city official] told me. “But when you go down into the local landscape or subscribe to the policy of all politics are local, that liberalism has a divide. White liberals in D.C. don’t give a shit about social services because they’re not of that element. White liberals in D.C. are more about quality-of-life issues as it relates to the lifestyle they want to have. It is bike lanes. It is dog parks. It is about state-of- the-art swimming facilities. It is about recreation centers. Capital Bikeshare. Car2Go. Streetcars. It’s about a way of life. Black folks want this stuff, they’re just not as passionate about it.”

Those quality-of-life projects are the sort that were typically associated with the pro-development Fenty during his term.

Let’s return to Bowser. One problem for the city councilmember is that like any candidate, she will have to distance herself from Gray, whose administration has faced a slew of corruption charges since practically day one. Because the last mayoral election was cast in such binary terms, this may cause Bowser to appear in line with the Fenty side of things — which may explain why she chose to highlight equity issues from the outset.

Since no one else has yet made an official bid for mayor, it’s unclear whether Bowser will emerge as a front-runner. (Tommy Wells, another city councilmember whom urbanists tend to like, has launched an mayoral exploratory committee.) But whoever comes away from the primary next year as the presumptive mayor will serve as a symbol of whether D.C. has rolled back on its rejection of a Fenty-like outlook, or continue on the trajectory that he helped set in motion.