Finding Appropriate Tools to Mitigate the Construction Process – Next City 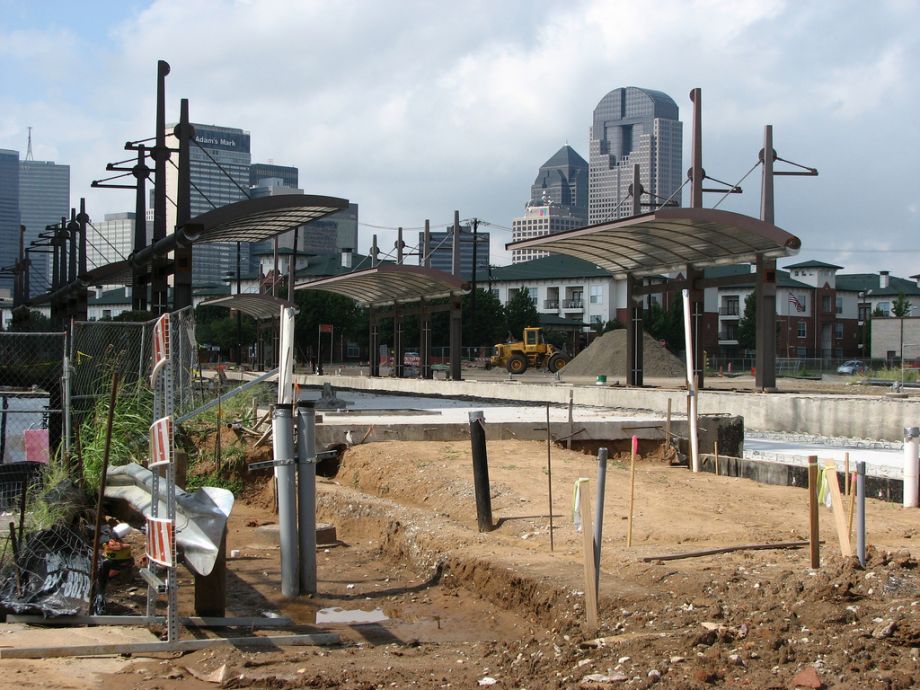 New transit facilities are supposed to bring people in, not push them out.

Yet rare is the instance of a construction project that doesn’t reduce business and discourage investment in the surrounding neighborhood. In New York City, the Second Avenue Subway project has dramatically reduced the viability of the corridor it was supposed to improve. The huge holes in the ground necessary to bring in digging equipment and prepare the street for train service have produced chaos for those walking and driving above; foot traffic is said to be down 50% since workers came in, and businesses have suffered. Not much is likely to get better until the program is finished in six years.

For local merchants, this has led to calls for compensation or changes in the construction schedule. The transit authority’s “Shop 2nd Avenue“ campaign clearly hasn’t done enough to help anyone’s bottom line. But it’s difficult to imagine any physical way to avoid the consequences of construction, since most new rail lines such as New York’s subway are built in the heart of an active city.

Nevertheless, Minnesota’s Twin Cities may be pioneering a new way to handle problems caused by the construction of new transportation resources. After a series of studies conducted by a local business association, the cities building a new transit project have developed a loan program designed to give shop owners the chance to survive what are expected to be four difficult years.

The $1 billion Central Corridor light rail line began construction earlier this year and is expected to open for service between St. Paul and Minneapolis by 2014. Though it will share some stops with the existing Hiawatha Line in downtown Minneapolis, it will run on a new alignment on Washington and University Avenues, mostly in St. Paul. Much of University Avenue is notable for its diversity and vitality of local businesses — so everyone’s sensitive about making sure they make it through the reconstruction of the street.

Once the light rail line opens, people should be streaming into the shops. Until then, though, the corridor’s value as a place of business has to be kept up.

The plan, called “Ready for Rail“ and run by a group of non-profits called the Business Resources Collaborative, will offer $1.5 million to small businesses that have proven that they have lost some money as a result of the construction process. One million dollars of funding comes from the Metropolitan Council, the regional planning governance agency. The goal is to have zero business closings.

The Twin Cities are setting a valuable example, but they’re not the first to consider the consequences of construction before moving forward with a transit project. Some there also suggest that the commitment thus far isn’t big enough.

Indeed, Seattle found a lot more money to preserve businesses affected there. When construction began on its light rail project a few years ago, the city set aside a $50 million community development fund. This money provided individual businesses each up to $150,000 in grants and $1.3 million in interest-free loans. Now that the project is finished, the fund has been reestablished as a bank to fund worthy local projects along the corridor.

For other cities planning to spend hundreds of millions of dollars (or sometimes even billions) on new transportation projects, similar efforts are essential not only to reassure business owners but also to quite literally keep them operating. The sense of loss experienced by locals on New York’s Second Avenue shouldn’t be repeated elsewhere, and when compared to the huge construction costs, a few million disbursed to business owners isn’t much.