Find Out Just How Affordable Your Neighborhood Is – Next City

Find Out Just How Affordable Your Neighborhood Is 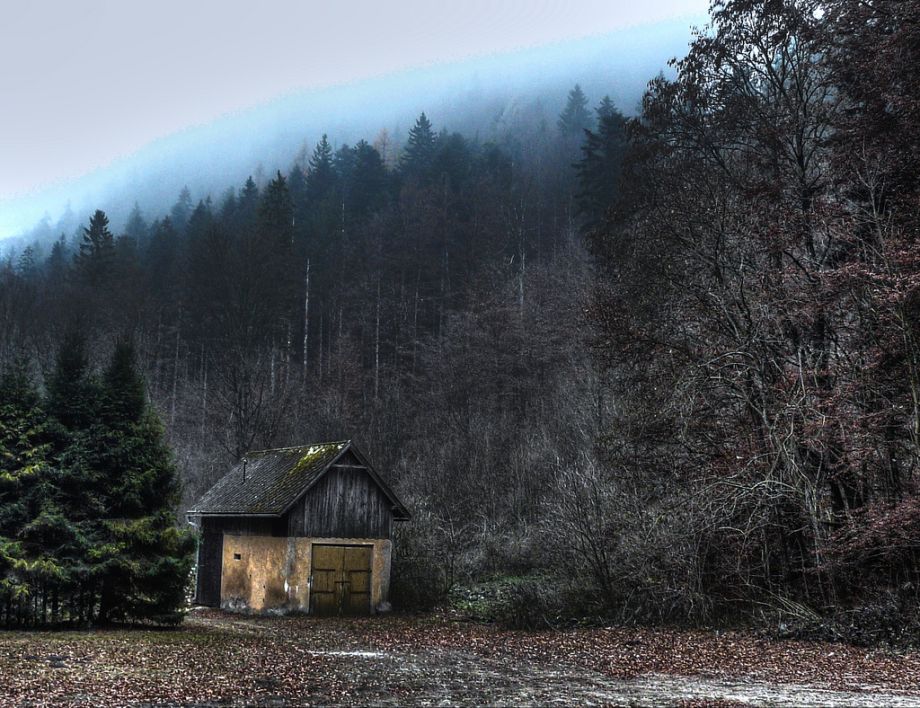 The land is beautiful, but how much will it cost you to get to and from work every day? Credit: Gabor Kovacs on Flickr

When buying or renting a house, what you pay isn’t measured solely by the rent or mortgage. Transportation is as big a part of the equation as your electrical bill. Yesterday, the federal departments of transportation (DOT) and housing and urban development (HUD) announced the Location Affordability Portal, an online tool that can help Americans estimate both their housing and transportation costs.

“Many consumers make the mistake of thinking they can afford to live in a certain neighborhood or region just because they can afford the rent or mortgage payment,” HUD Secretary Shaun Donovan said in a press release. “Housing affordability encompasses much more than that.”

The Center for Neighborhood Technology, a Chicago-based non-profit that a few years ago rolled out a similar tool called the Housing + Transportation Index, helped develop the new portal. Donovan told reporters that for most families, transportation is the second-highest monthly expense, topped only by housing. The new portal helps users estimate those costs, whether it’s gas and maintenance or a monthly metro card for your kids to get to school.

I input Crown Heights, where I rent an apartment in Brooklyn, into the Location Affordability Index (LAI) to see what the neighborhood is like. The map, which HUD has said can help everyone from consumers to researchers to local policymakers, showed that an average regional family (“2.69 people, 1.2 commuters”) spends 27 percent of its income on housing and 8 percent on transportation. The relatively low cost of transportation here can be chalked up to easy mass transit access — subway stops are close by, as is a web of MTA buses. 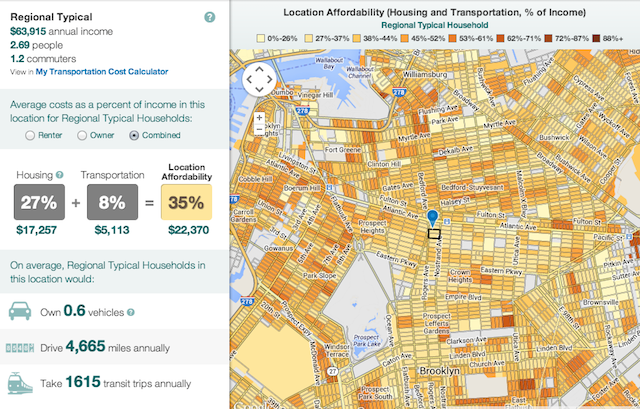 In Detroit, on the other hand, with its dysfunctional and untrustworthy bus system, the average family spends 17 percent of its income on transportation. The Crown Heights household takes 1,615 transit trips annually. Detroit takes 82. Coincidentally, a typical family in both regions spends the same share of income, 27 percent, on housing. So if we go by LAI — which doesn’t necessarily factor in the local price of groceries or gas — Crown Heights is more affordable. 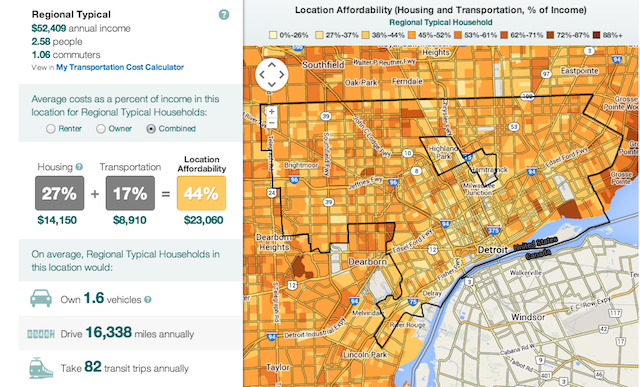 Now, this is certainly a lot of estimating — what, exactly, is 2.69 people? — but the portal has very serious utility. If I were thinking of buying a home anytime soon, I’d use it as another tool to find out what’s in my price range. My hope is that HUD and DOT can get it into widespread use, as it would be a shame if it remained little more than a fun distraction for bloggers and urbanists. The portal could be a real help for families on a budget trying to find the most affordable place to live and the most cost effective way to move around.