Financial Diaries Show Stability Matters as Much as Mobility – Next City

Financial Diaries Show Stability Matters as Much as Mobility 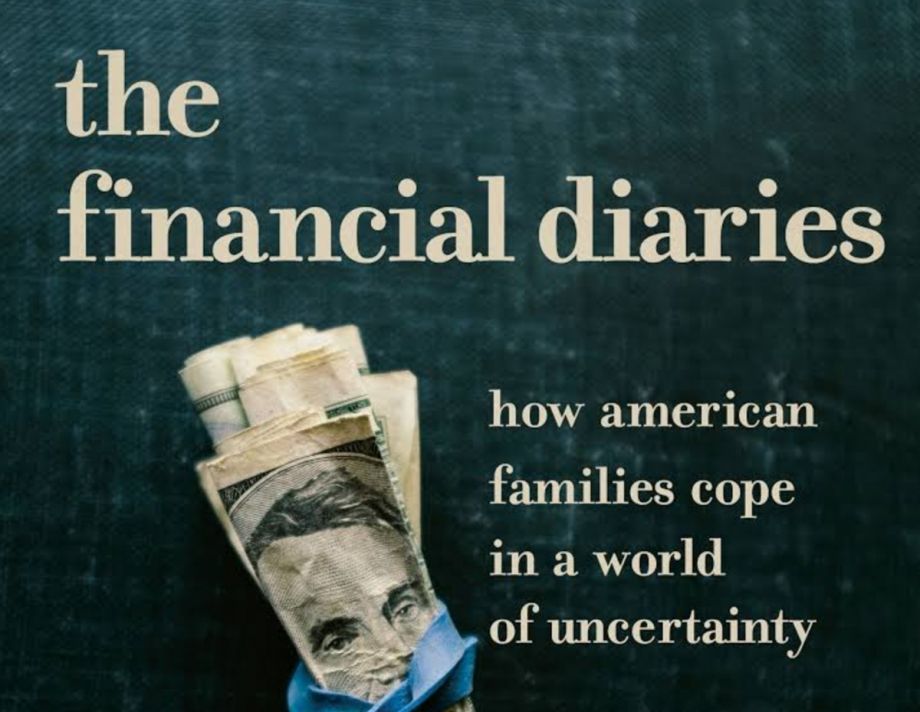 “The Financial Diaries: How American Families Cope in a World of Uncertainty,” by Jonathan Morduch and Rachel Schneider

There are many versions of the “American Dream.” You or your ancestors may have entered the United States by boat, by plane or by foot. Maybe they arrived in chains, or under cover of darkness. Maybe they overcame segregation, mass incarceration or one of the country’s other systems of oppression. But the turning point in every successful version of the tale almost invariably comes down to the same thing: Someone lands a steady job with a steady paycheck, enabling them to save up for a house, to start a business, or pay for college.

Yet, when it comes to that steady paycheck, if the lives of 235 low- and middle-income households in Greater Cincinnati, Silicon Valley, eastern Mississippi and New York City are any indication, predictable cash flow is no longer the common thread across every version of the American Dream.

The lives of those households are detailed in a new book, “The Financial Diaries: How American Families Cope in a World of Uncertainty,” by Jonathan Morduch and Rachel Schneider. The book paints a portrait of a new common theme: volatility. Even for those who technically have a dependable job, steady cash flows are no longer the rule.

“There’s plenty of examples of having a steady job but not a steady paycheck,” says Morduch, who is also a professor of public policy and economics at the New York University Wagner Graduate School of Public Service. “It’s a pretty obvious point once you say it, but it still hasn’t made its way into a lot of policy conversations.”

The ideal of the steady paycheck has shaped public policies, institutions and even business models. Everything created to help families get ahead has been designed with that ideal in mind. So even if you’re interested in mobility, perhaps you should also focus on stability, Morduch argues, “because families are focused on stability, and families know that without stability it’s hard to make the right choices about investing in their future.”

With 10 full-time staff in addition to Morduch and Schneider, the research team behind the book visited each household on a weekly basis, building a trusting relationship and attempting to track every dollar earned, spent, saved, borrowed, loaned out or given away. They also kept track of life events and other context to help explain the undulating cash flows that characterized almost every household they studied. Morduch and Schneider worked through local organizations to recruit research team members and households for the study. For the book, real names and other information were changed to protect the identity of the participants.

Some 400 households initially agreed to take part, but only 235 stuck with it a full 12 months from 2012 to 2013. Many dropped out because of a move that took them too far away for weekly visits from researchers.

The team eventually recorded over 300,000 cash flow data points, from transactions as small as buying a pack of gum in a bodega to down payments on cars or major healthcare bills. With the wealth of data, they were able to measure volatility in a number of ways.

In other words, for about five months a year, households earned incomes that weren’t even close to their yearly average. Only 2 percent of households got through the year with no income spikes or dips that large. Even among the higher earners in the study, earning around the median household income for their location, participants experienced income spikes or dips for about a third of the year. For one middle-class Cincinnati couple, income volatility was such that the husband eventually found a slightly lower-paying job with a longer commute, just to have a steadier income over the course of a year.

The drivers of income and spending volatility aren’t quite new, Morduch admits. The deindustrialization of cities, and a shift to more service-oriented jobs, especially work that involves tipping. New technology, and not just automation or the gig economy; there’s also new payroll technology that allows firms to better predict how many staff they might need at any given moment, resulting in wildly fluctuating hours and last-minute shifts or shift cancellation. The housing market, with families in changing rental markets due to gentrification or entrenched patterns of eviction. These are all trends that are well known.

“Everything we write about you can find some writing about it somewhere, but the combination of it all is not well understood, and it has implications for saving and borrowing and for understanding why Americans still feel so much anxiety,” Morduch says. What the diaries allowed us to see was how all these problems came together, because you see, sitting in someone’s living room, all these silos breaking down.”

To cope with the new reality of volatility, households do what they have done throughout history, in countries all over the world, including households that Morduch studied in his previous book, “Portfolios of the Poor.” They get creative.

Some use lending circles, also known as tandas or sou-sous. One Ecuadorian immigrant couple in Queens participated in a recurring lending circle requiring them to put $300 a week into a pot that rotates to each household in the circle until every household has had a turn to take it home. With 30 to 50 households in the circle, the weekly pot could be anywhere from $9,000 to $15,000. They’ve participated multiple times, they told “Financial Diaries” researchers, including one time a few years ago when they used it to buy music equipment for the husband’s DJ business and online radio show. The equipment allowed them to expand.

Policies and institutions largely haven’t caught up to the volatility of today.

A man identified in the book as Robert Hill, in Brooklyn, worked in tech support at a nonprofit, earning roughly $22,000 a year — not much at all, especially for NYC. Working at a nonprofit, especially in a big city, Hill has access to numerous resources for long-term saving, including retirement savings accounts. There’s also Individual Development Accounts (IDAs), a federal program where savers can have their dollars matched, sometimes two matching dollars for every dollar they deposit. But IDAs are required to go toward a specific long-term purpose: buying a home, paying for college, or investing in a business. Nonprofits run these accounts for clients, in order to ensure they get used for the purpose that policy intends them to be used.

When Hill needed to save up to move into a new apartment, there was no such program designed to accelerate his savings and thus his ability to get ahead, so he simply let “The Bank of Mom” hold onto his savings, even at age 48. It’s just helpful to keep savings slightly beyond an arm’s length away. A year or so after the diary data collection period ended, Hill estimated he had about $5,000 deposited in “The Bank of Mom.” 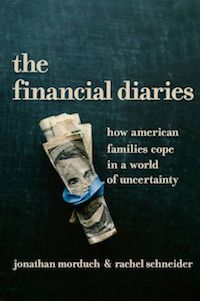 Everything is designed to support the long term, and nothing for what the “Financial Diaries” calls the “now, soon and later.” The book also includes an example from a demonstration project involving 13 IDA sites, involving 2,350 households. Only one-third of the households eventually used their accounts for the intended purpose. Everyone else withdrew savings earlier for other needs, forfeiting the matched dollars. Pre-match, households saved a total of $672,577 across the 13 sites, showing that poor households can and do save. But the early withdrawals meant they decided to leave $1.4 million in matched dollars on the table.

In another experiment for another program meant to encourage long-term savings, 7,000 households, two-thirds of them with annual incomes below $40,000, deposited more than $14 million into savings accounts over a 15-month period, but only rarely did any one savings account ever accumulate more than $2,000 at any given point in time.

“There really are emergencies, but then there is another kind of saving, which is more just kind of the ups and downs of life,” says Morduch. “It doesn’t take as much saving at any moment, but it does require vigilance.”

Since the diary data collection has concluded, Morduch and Schneider have spent the past few years going back to some households, fact-checking, filling in holes and asking new questions for more context. They’ve also been sharing early findings as part of the U.S. Financial Diaries Project. Morduch is certain that there are still useful insights to be gleaned from future research and new policies or programs based on volatility instead of stability as the core assumption.

“What’s tricky about this kind of work is, it’s not necessarily about one particular mechanism, it’s about people looking for the kind of functionality a mechanism could give you,” he says. “It could be an informal mechanism that’s convenient and reliable. That took a while to sort out.”