Filling the Funding Gap for Social Infrastructure – Next City 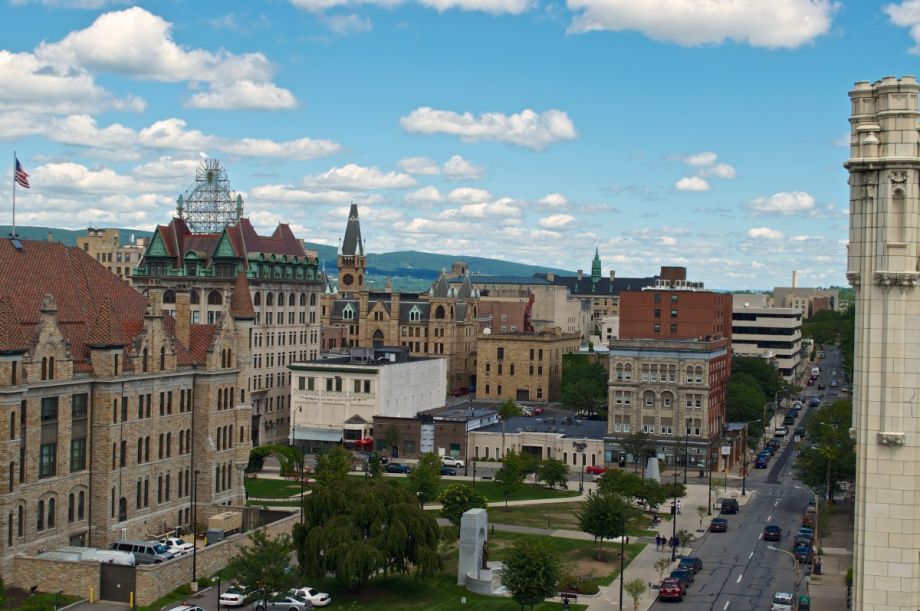 Across the U.S., communities like Scranton need both low-cost financing and management help to build and repair infrastructure.

In his first address to Congress, President Trump received a standing ovation for one of the few issues with bipartisan support: increased spending for infrastructure. As expected, his proposal relies on public-private partnerships to pay for America’s crumbling bridges, roads, tunnels and more. But even if the Trump Administration can move an infrastructure bill forward, it’s safe to say there will still be large gaps to fill.

As many others have already noted, infrastructure projects that do not generate their own revenues, like toll roads, would likely not get built or repaired under a plan that depends on private equity, which inevitably demands a high rate of return. Conversely, direct federal spending, favored by Senate Democrats, is crucial for massive infrastructure projects but does not necessarily allow communities to prioritize local and often smaller projects that are most tangible to the public.

The real infrastructure problem in America can be found in the multitude of public works projects — from hospitals to fire stations and parking garages — that either do not generate revenue or cannot bear higher fees. This is a particular challenge for low- and moderate-income communities that not only need help with financing but project management as well.

There is, however, a proven alternative for social infrastructure development we have been using at the National Development Council since the late 1980s that addresses both issues: financing and management. As a community and economic development nonprofit, we pioneered a unique P3 model that seeks to leverage both private sector efficiencies and public sector financing — with the additional saving accruing to the community.

Our project in Scranton, Pennsylvania, is a good illustration of how this works. NDC recently closed a $39 million transaction with the city to repair and manage Scranton’s financially troubled parking garages and on-street parking meters. NDC formed an independent nonprofit that issued tax-exempt muni bonds, the proceeds of which went toward retiring debt that was threatening to bankrupt the city. What’s more, Scranton maintains control of its essential public assets as the landlord, while NDC as the leaseholder oversees repairs, improvements and day-to-day operations. And as a nonprofit, NDC structures its partnerships to ensure that cash flow in excess of operations, debt service and reserves will be returned to the city in the form of 501 (c)(3) grants.

This is very different model compared to other approaches that privatize city assets by selling them outright, or by forming a P3 with capital raised by a for-profit entity that demands high returns and total control.

This is no small matter. In the last decade, tax-exempt municipal bonds financed two-thirds of the more than $2 trillion that was spent on infrastructure across America. If market rates of return were applied to that financing, by some estimates the cost to local taxpayers would have increased by $495 billion. And yet, there could be even more savings that accrue to the communities that are financing these project.

Infrastructure projects are not typically managed by a nonprofit that has assumed responsibility for bringing them to fruition on time and on budget. One recent study of public works budgeting showed cost overruns averaging 50 percent more than the original estimate. If our financial models and project management skills were that far off, we would be out of business very quickly. Instead, our portfolio of P3 projects using this approach spans more than 30 years, and includes municipal offices, city halls, justice centers, laboratories, student housing, libraries, biomedical facilities and hospitals. NDC has completed more than 3.7 million square feet of usable development space valued at over $2.2 billion.

What’s more, many of these projects are located in distressed communities like Scranton that have seen very little infrastructure investment for decades. It is worth noting that Scranton voted for President Obama twice but supported Trump by 10 points. The promise of new infrastructure matters to the people of Scranton and similarly situated communities. This can be achieved without adding billions of dollars in user fees and tolls, creating budget deficits, or compromising other programs through budget offsets.

After a broad policy outline comes the hard work of crafting legislation. As infrastructure policy takes shape, this unique muni P3 model — combining the efficiencies of tax-exempt muni bonds and private non-profit management expertise — needs to be part of the national conversation. ​

Daniel Marsh is the newly appointed President and CEO of the National Development Council, where he has worked since 1986 on community and economic development initiatives to catalyze small businesses, affordable housing and infrastructure. NDC was founded in New York City in 1969 to bring capital expertise and investment to distressed communities.