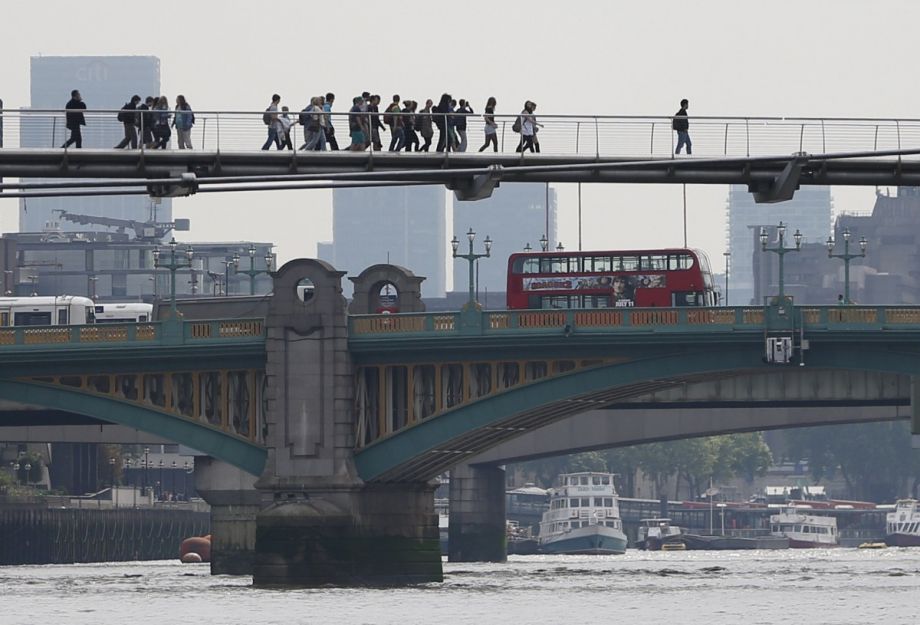 I like to consider myself an adopted Londoner. I moved to the city back in 2005, and ever since, I’ve grown to love the sprawling metropolis. There’s been a settlement along the River Thames for close to 2,000 years, and as you walk around the streets of modern-day London, that sense of history is ever-present. But as a physicist, I see cities offering even more than that. They are real-world demonstrations of the vital role that science and engineering play in our society, and I became obsessed with exploring that idea further.

Fast-forward two years, and my book, Science and the City, was born. It visits cities on six continents, and looks at the technologies they’ve used to shape the urban landscape — as well as those developments from the lab that might utterly transform them in future. So here are a few surprising things that I uncovered in my travels.

1. We are urbanites.
In 2014, the UN announced that, for the first time in human history, more than half of the world’s population (54 percent) now live in urban areas. That means that most of us are officially no longer farmers; we are urbanites. Cities have never been bigger, busier or more important, but to make them more sustainable, we’ll need to change how they’re built.

2. The elevator built the city.
Elevators don’t just move people up and down — they offer structure too. In skyscrapers like the world’s tallest, the Burj Khalifa in Dubai, the elevator shaft forms a strong, stiff spine through the center of structure. This 36-foot-wide hexagonal core of high-performance reinforced concrete allows the Burj to reach more than 2,700 feet into the desert sky, without the need for a cumbersome outer steel frame. So as I see it, the elevator is what made tall buildings practical. This allowed our dwellings to grow “up,” rather than “out,” transforming the city, and creating the skyline as we know it.

3. Ants don’t get stuck in traffic jams.
We’ve all been caught up in phantom traffic jams, where for no discernible reason, traffic builds up and then eases. These traffic shockwaves are officially known as “jamitons,” and they can arise even if everyone is driving perfectly. But ants don’t have the same issue: Even when their highways are packed, they don’t get gridlocked. It seems that it’s because ants self-organize into lanes, and give each other a lot of headway, which buys them more time to react to any incidents up ahead … maybe a lesson in there for us all.

4. Air quality is worse than ever.
In September, the World Health Organization (WHO) announced that a staggering 92 percent of the world’s population now lives in areas with poor air quality. In low- and middle-income countries, 98 percent of large cities (populations greater than 100,000 inhabitants) do not meet minimum air quality guidelines, and in high-income countries, the figure is less than 50 percent. Air pollution has long been linked to premature death, so we are facing a health crisis of global importance. The race is on to find sustainable ways to improve air quality.

5. Waste is becoming big business.
One of the things I’ve become fascinated with is waste, and how our cities could make better use of it. In Copenhagen, Helsinki or Warsaw, waste heat from power plants is used to supply domestic heating. In Stockholm and Bristol, England, human feces powers buses and taxis. In India, waste plastic is being used to build tougher roads, and in Colombia, it’s being turned into building blocks to construct low-cost homes.

6. Tomorrow’s concrete will be much greener.
Concrete is the most widely used building material in the world … and it’s the most environmentally damaging. Thankfully, we’re beginning to see some clever ideas that might change that. Cement-free concrete sources its strength from a waste product from the steel industry, and researchers in China and the UK are beginning to 3D print concrete on a massive scale. My favorite though, is bioreceptive concrete, which encourages the growth of microorganisms on the surface while maintaining its structural integrity. It could lead to a generation of buildings that are unique to their surroundings and which change with the season.

7. There is no “perfect” city.
While writing my book, I’d expected to find at least one city that we should all look to. A kind of shining example of how to manage today’s demands, while preparing for the future. But if it exists, I didn’t discover it. Lots of cities are prioritizing cleaner transport, some are focused on services like energy and water, while others have environment and housing at the top of their list. No one is managing to do everything well. Regardless, we could all do with looking elsewhere for better ways to do things. In an increasingly uncertain future, the city could hold more answers than you might expect.

Laurie Winkless is a physicist and writer who's obsessed with the science that has built our modern world. Following a career at the UK's National Physical Laboratory, she left materials science research to pursue her love of writing. Science and the City is her first book.