Fifteen Years of War Couldn’t Destroy Beirut’s Heritage, But a Construction Bonanza Might – Next City

Fifteen Years of War Couldn’t Destroy Beirut’s Heritage, But a Construction Bonanza Might 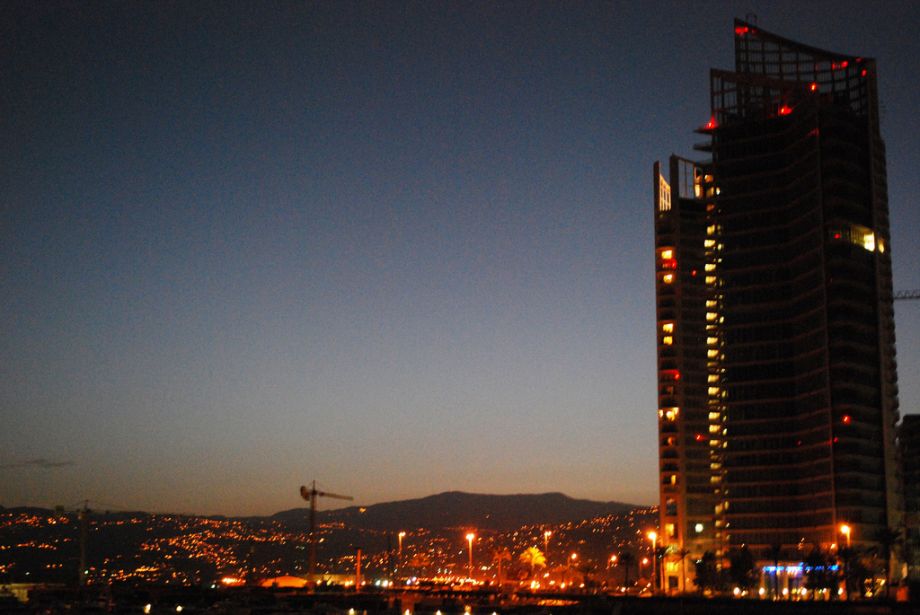 Construction since the end of the civil war is swallowing up the last of Beirut’s traditional neighborhoods. Photo credit: Paolo Mutti via Flickr

In the minds of the nostalgic, Beirut is a city of red-roofed Ottoman villas gracefully cascading down its hills towards the sea.

This Beirut existed once, but it does not anymore.

Today, the skyline is crowded with cranes raising luxury apartment blocks. Old buildings from the city’s French and Ottoman periods – many in states of disrepair – still exist, though they are becoming increasingly rare.

The devastation of Lebanon’s fifteen years of civil war between 1975 and 1990 certainly took a toll on the city’s architectural heritage. But in the end, after all the bombs, shelling and rocket-propelled grenades, it was property developers that inflicted the greatest physical damage on Beirut.

“It was politics that destroyed this city, not tanks during the war or shelling during the war – it was bulldozers and politicians,” says Giorgio Guy Tarraf, the spokesperson of Save Beirut Heritage, a group that lobbies to prevent the destruction of the city’s old buildings.

When Lebanon’s civil war ended, developers began redesigning Beirut’s cityscape. Their first target was the city center, before the war a congested warren of souks where the city’s many sectarian groups came together to shop and trade. But as a mixed area lying between Muslim-majority West Beirut and Christian-majority East Beirut, downtown became the bloodiest frontline of the conflict. By the time the shooting stopped, downtown’s buildings were shattered shells, and its streets – many too dangerous to traverse during the war – were overgrown with vegetation.

Solidere, a development company founded by the late prime minister Rafik Hariri, handled the reconstruction of the city center in the 1990s. What emerged was not the melting pot that downtown had once been, but rather a glitzy, upscale business district filled with pricey outdoor cafes and high-end boutiques. To critics, Solidere had altered Beirut’s identity forever by installing an artificial, soulless playground aimed more at tourists from the oil-rich Gulf than the average Lebanese.

While downtown is a battle lost, however, there are still pieces of Beirut’s architectural heritage to be saved today. Even these last traditional neighborhoods are disappearing fast, however.

A traditional Lebanese house with a high-rise standing behind it. Advocates say the city’s new architecture is separating rich from poor. Photo credit: Farahat12 via Flickr

Crammed onto a small peninsula and surrounded by hills, space is at a premium in Beirut and the only direction to build is up. There are few empty plots in the city, meaning that for new projects to go up, something has to be torn down. Often, that means the city’s old buildings. Of a list of 1,000 traditional buildings compiled by the Lebanese government in the 1990s, fewer than 300 remain. Many more buildings are architecturally significant, yet are afforded no level of protection in the government’s eyes.

Save Beirut Heritage was founded several years ago by Naji Raji, a young interior designer, after his childhood home was threatened with demolition. Going around Beirut plastering a thousand flyers with his phone number attached, Raji was able to attract a core of activists who shared his enthusiasm for saving what is left of the old city.

“I believe these buildings are essential to the wellbeing of Beirut – they give it space, they give it air, they encourage a sense of community,” says Tarraf, one of the first to join the group. Most new developments “are actually materializing separation lines between the rich and the poor – there are actually physical walls separating them.”

As the destruction of old buildings requires a demolition permit from the Ministry of Culture, Save Beirut Heritage focuses much of its efforts lobbying the ministry. It also maintains a telephone hotline for residents to report illegal demolitions and at-risk buildings. And while the group has had its successes, they operate in a difficult environment where the odds are often not in their favor. For owners of many of the city’s old buildings, there are few incentives not to sell to developers. Under old rent control laws, many tenants continue to pay next to nothing for their apartments, meaning landlords can bleed money on their holdings.

“How can you ask for an owner to do restoration work on a building that is simply losing money? How can you stop him from selling that?” asks Tarraf.

Legally, there is ambiguity over what architectural or historical traits earn a building protection. In January, the house of Amin Maalouf, one of Lebanon’s most celebrated authors, was destroyed to make way for a luxury high-rise. The Ministry of Culture defended its decision to issue a demolition permit by saying that the 80-year-old house was of French mandate design and therefore not traditional. “With a simple signature, somebody can erase the history of an entire district, can remove a landmark,” says Tarraf.

While activists saw the loss of the Maalouf house as a severe blow to the city’s cultural history, the outcry in local media it created led to a bittersweet freeze on the Ministry of Culture issuing demolition permits. But even when demolition permits are refused, buildings are at times illegally torn down anyways. The law has a very loose hold in Lebanon and there are generally few consequences for breaches, particularly by the powerful. When illegal demolitions occur, there is little Save Beirut Heritage can do except raise awareness.

“Sometimes these demolitions are backed by militias, they are backed by very powerful people – it can be very dangerous to go on site,” says Tarraf. As long as there is money to be made in real estate development, companies will try to find ways to ensure that demolitions go ahead.

One recent rain-soaked morning, Naji Raji, Save Beirut Heritage’s founder, wandered the backstreets of the Gemmayze neighborhood to check on buildings at risk. Filled with French mandate-era buildings, known for its nightlife and within walking distance of downtown, Gemmayze is an attractive and highly profitable area for developers. It has become ground zero for Save Beirut Heritage’s struggle.

Raji stopped at a corner building where a childhood classmate used to live. The building had been sold by its owner and was empty of tenants. From the outside, the building appeared destitute with its windows gutted and balconies naked. Save Beirut Heritage says that removing architectural elements that make a building significant in the eyes of the government is a common trick employed by developers to get demolition permits easier.

“It’s as if they are admitting there is value in the house” to remove such elements, says Tarraf.

Behind the decorative grating on the building’s metal door, cardboard had been fastened in place to ensure that people like Raji can’t get a good look at the interior.

“I just took this down over the weekend,” he lamented as he ripped the cardboard down.

Inside, iron-wrought patterned balustrades from the balconies lay in a messy pile on the floor.