Feds to New Orleans Police: Time for an Overhaul – Next City

Feds to New Orleans Police: Time for an Overhaul 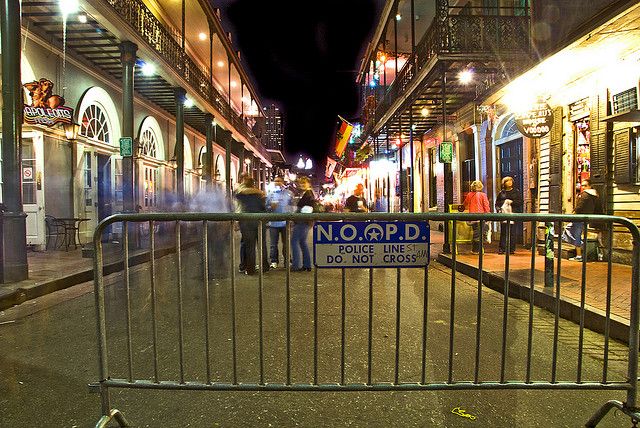 Nine months after the first draft slid across the mayor’s desk, the U.S. Department of Justice’s final consent decree with the New Orleans Police Department was released yesterday afternoon. The agreement, unprecedented in scope, is a sweeping set of reforms aimed at correcting New Orleans’ long-broken justice system.

The 122-page agreement calls for an overhaul of the New Orleans Police Department’s (NOPD) policies and procedures, and includes strict requirements for the use of force, searches and seizures, arrests, interrogations and more. Key components also include conditions for comprehensive data collection, regular audits and the restructuring of the system used to pay officers for lucrative off-duty assignments — an area that has been a longtime source of corruption.

In New Orleans, the roots of police corruption and misconduct run deep. The NOPD made headlines in the 1990s with a string of police scandals and gained national attention once again for violations made in the aftermath of Hurricane Katrina. A post-Katrina investigation by the NOPD’s civil rights division resulted in charges against 20 officers, including those involved in the Danziger Bridge police shooting that killed two people and wounded four others.

New Orleans’ troubles are not strictly limited to the NOPD, and extend to the city’s juvenile and adult prisons. With plans for the construction of a new juvenile detention facility and reforms at the city’s Youth Study Center, New Orleans has made a few strides in improving its juvenile justice system. The city’s adult penal system still awaits positive change.

In September 2009, the Department of Justice (DOJ) threatened Orleans Parish Sheriff Marlin Gusman with a lawsuit after a federal investigation found that conditions at the Orleans Parish Prison violated inmates’ constitutional rights. The report included cases of inadequate medical care and of excessive use of force by guards. Gusman said he took “great offense” at the report, and three years later, conditions at the jail continue to draw criticism despite several policy changes.

In April 2012, following a second investigation, the DOJ sent a letter to Gusman, accusing the sheriff of neglecting to make needed improvements to the jail’s procedures and criticizing his resistance to negotiating with federal officials. The report described the rampant violence in the prison and noted the jail’s above-average rate of sexual victimization. In the same month, the Southern Poverty Law Center filed a class action lawsuit against Gusman, citing a failure to address the jail’s pattern of violence and abuse.

Mayor Landrieu is optimistic about the change the decree will bring. Credit: JD Lasica on Flickr

Though the consent decree released yesterday doesn’t include reforms for the city jail, the DOJ is in talks to put the sheriff’s office under federal supervision as an alternative to pursuing the other route: Litigation.

“It’s my understanding that the Department of Justice has been in negotiations with the sheriff’s office and that it is likely that those negotiations will result in a consent decree,” Loyola Professor Michael Cowan, a member of Mayor Mitch Landrieu’s group that is seeking to reform the jail, told The Lens.

Though an agreement addressing the jail’s problems appears far from materialization, city officials are optimistic about the change that will evolve from yesterday’s decree.

Attorney General Eric Holder told the New York Times that the decree could “serve as a reference point — a potential model for success in our future efforts.” Though New Orleans isn’t the first city to enter into a consent decree — the list includes Pittsburgh, Los Angeles and others — no agreement has ever covered such a broad array of issues.

The end of the negotiations provided a sense of relief to the city, but a nagging question remains: What happens when the decree expires?

The agreement will hold for the next four years, at an estimated $11 million annual cost to the city. In order for the agreement to be lifted, the NOPD must be free of violations for two consecutive years. If the corruption continues, a federal judge may extend the oversight or impose other penalties.

No one is sure of what will be left behind when the decree is over, or what reforms will remain long after the DOJ empties its desk drawers and shutters its satellite NOPD office.

“The NOPD decree provides a very promising road map to meaningful and sustainable reform,” said Jon Wool, director of the New Orleans office of the Vera Institute of Justice. Wool added that “serious money” and “a serious commitment to focus on what works” for the people of New Orleans would be necessary to establish a lasting legacy of reform.