Feds Release Guidelines to Prepare for the Next Hurricane Sandy 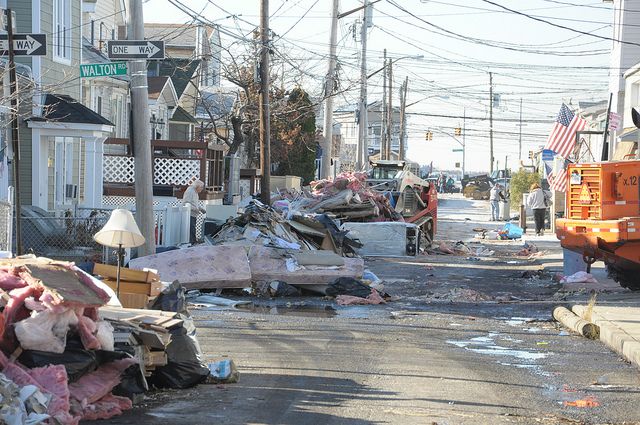 After Hurricane Sandy tore through the Northeast in December, killing 159 and causing $65 billion in damages, national attention focused on not only rebuilding devastated communities but also fortifying the coasts against future storms. “Resiliency” became a common buzzword, city governments launched special initiatives, and design competitions put on the table all kinds of ideas for the future.

The 200-page document makes for some seriously wonky reading. Here are a few highlights from the Hurricane Sandy Rebuilding Strategy:

Getting transportation systems back up and running is perhaps one of the most urgent needs for a city following a crippling storm. (Just ask Joe Lhota, the former MTA chairman who became something of a local hero for restoring subway service so quickly.) Billion of dollars from FEMA, the FTA and the FAA went into repairing metro and intercity transportation in the Northeast following Sandy.

The task force, which Donovan mentioned would dissolve in about six weeks, will provide initial guidance to communities that wish to adopt its recommendations. (Many have already been put in place.) After that, Donovan said he will meet with Obama’s cabinet every quarter to keep tabs on how the guidelines are playing out.