Feds Crack Open the Door to Car Sharing – Next City 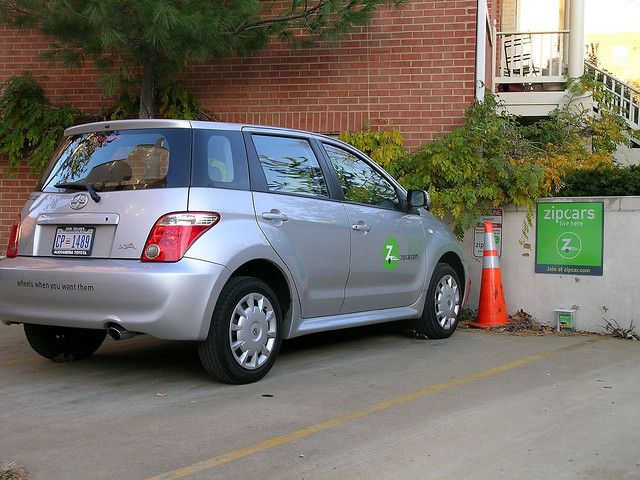 The General Services Administration, which serves as something like the office manager of the United States, is newly wondering whether the federal government should participate in car sharing. The agency has issued a Request for Information to get the ball rolling.

The experiment has been framed as a way of doing more with less. “Every day across America, families and businesses look for practical ways to save money,” Dan Tangherlini, GSA administrator, said in a press release. “GSA is doing just that with this first-of-its-kind car-sharing program that drives down costs, increases efficiency, and improves operations of the government fleet program.”

GSA manages some 200,000 cars and other vehicles for the feds. (The Department of Homeland Security alone uses 49,000 cars.) And the costs are considerable, pegged at last count at $1.3 billion.

Beyond simple efficiency and cost-cutting, though, what GSA is doing could mainstream the notion of sharing — rather than owning outright — cars as something responsible governments engage in. (New York City, too, has done a bit of car sharing.) It’s akin to when the feds started embracing the idea that perhaps putting down Microsoft Office now and again and picking up some open-source software wouldn’t necessarily bring down the republic.

Which leads us to the entirely wonky but actually quite important subtext here. Let’s talk procurement: Some have attributed HealthCare.gov’s ugly rollout to the fact that there’s a limited pool of software developers from which the federal government can chose. Developers need to get on lists — “schedules” in procurement parlance — to prove that they’re eligible for working with the government whenever particular projects pop up. We end up with a pool of vendors skilled at jumping through bureaucracy’s hoops, but maybe not so terrific at actually building functional software.

With its car sharing endeavor, GSA has floated the idea that it would begin with a pilot project in four major cities where the federal government has big presences: Washington, D.C., naturally, but also Boston, New York and Chicago. But to participate in that pilot, a GSA official confirmed this morning, a car sharing company has to already be on the federal contractor schedule (Schedule 48 411-2 for you procurement geeks.) At the moment, that list includes ZipCar. But it doesn’t include, say, car2go, a company popular among civilians in D.C.

So while a big part of the GSA’s task is getting information from potential vendors about how the federal government can share cars, a perhaps more important component is that it’s attempting to let potential vendors know how to work with Uncle Sam. That’s why a car sharing “Industry Day” scheduled for November 18 is pitched as a chance for the car2gos of the world to figure out “how to participate on Schedule 48.”

The decisions that led to software developers who built HealthCare.gov were made years ago. On car sharing, we’re watching those decisions being made right now.

The federal government’s pitch to those possible partners, though, gives us a hint as to why some vendors aren’t so eager to work with the feds before things go all haywire like they did with HealthCare.gov. Reads GSA’s request for information, “the Government would not be interested in paying an application fee for each potential driver — how can application fees be waived?”