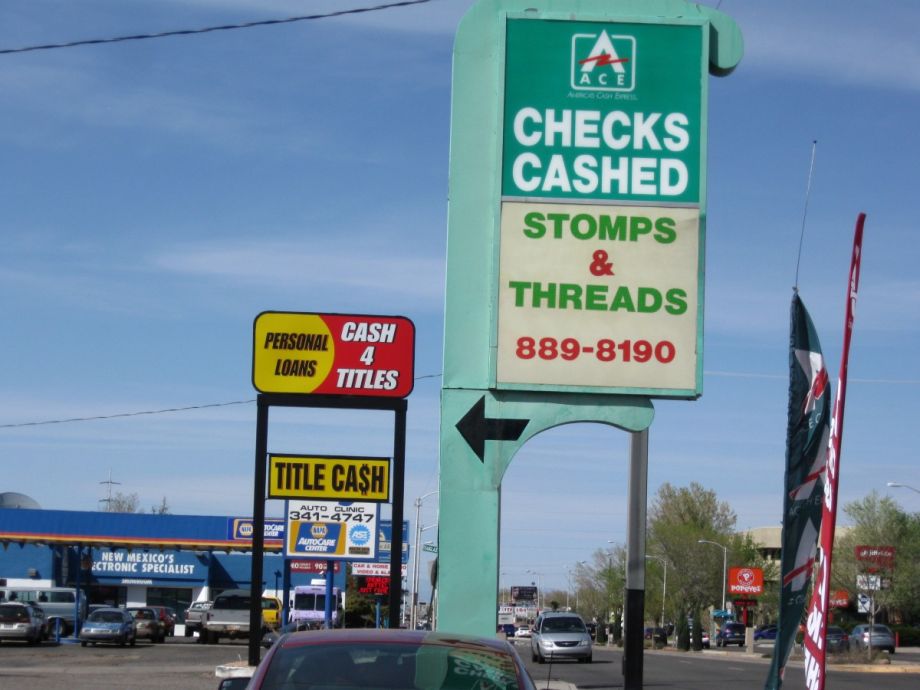 Payday loans are typically for small dollar amounts and are due in full by the borrower’s next paycheck, usually two or four weeks later. The Pew Charitable Trusts estimates that 12 million Americans take out payday loans every year, paying $7 billion in fees. Most payday loan borrowers pay more in fees than the amount borrowed; according to Pew, the average payday loan borrower is in debt for five months of the year, spending an average of $520 in fees for borrowing just $375.

According to the CFPB, these loans are heavily marketed to financially vulnerable consumers who often cannot afford to pay back the full balance when it is due. The agency found that more than four out of five payday loans are reborrowed within a month, usually right when the loan is due or shortly thereafter; nearly one in four initial payday loans are reborrowed nine times or more, with the borrower paying far more in fees than they received in credit.

CFPB’s new rule also includes protections against predatory practices in auto title lending, in which borrowers put up their car as collateral for a loan, also typically encountering expensive charges and borrowing on short terms usually of 30 days or less. As with payday loans, the CFPB found that the vast majority of auto title loans are reborrowed on their due date or shortly thereafter.

“This new rule is a step toward stopping payday lenders from harming families who are struggling to make ends meet. It will disrupt the abusive predatory payday lending business model, which thrives on trapping financially distressed customers in a cycle of unaffordable loans,” says Mike Calhoun, president of Center for Responsible Lending, a nonpartisan think tank affiliated with the $2 billion Self-Help Credit Union based in North Carolina, adding that the rule is “years in the making.”

The new protections apply to loans that require consumers to repay all or most of the debt at once. Under the new rule, lenders must conduct a “full payment test” to determine upfront that borrowers can afford to repay their loans without reborrowing, and there are limits on reborrowing. In effect, lenders will be allowed to make a single loan of up to $500 with few restrictions, but only to borrowers with no other outstanding payday loans.

There are also restrictions on the number of times a payday lender may attempt to automatically withdraw repayments from borrowers’ bank accounts. The CFPB found that the average payday loan borrower paid $185 in penalty or overdraft fees to their bank for failed payment attempts, in addition to any fees charged by payday lenders.

The CFPB developed the payday regulations over five years of research, outreach, and a review of more than one million comments on the proposed rule from payday borrowers, consumer advocates, faith leaders, payday and auto-title lenders, tribal leaders, state regulators and attorneys general, and others.

“We need to ensure that all Americans have access to responsible basic banking products and services and that they are protected from abusive lending from unsavory financial predators. This rule from the CFPB is an important step in that direction,” says John Taylor, president and CEO of the National Community Reinvestment Coalition, a national network of bank watchdog and community development organizations.

The new rule includes an exemption for organizations that do not rely on payday loans as a large part of their business, earning praise from community bankers. Any lender that makes 2,500 or fewer covered short-term or balloon-payment small-dollar loans per year and derives no more than 10 percent of its revenue from such loans is excluded from the new requirements. Certain alternative loans already offered by credit unions are also exempted.

“This exemption will enable community banks the flexibility to continue providing safe and sustainable small-dollar loans to the customers who need it most,” the Independent Community Bankers of America said in a statement.

Payday lenders were less than pleased with the decision. A payday lending industry group estimated that the proposed regulations would lead to the closings of many payday loan storefronts around the country. There are now more payday loan stores in the United States than there are McDonald’s restaurants, The New York Times reported, and the operators of those stores make around $46 billion a year in loans.

A spokesperson for Advance America, a payday lending chain with 2,100 locations in 28 states, told The New York Times that the new rule “completely disregards the concerns and needs of actual borrowers,” and called on President Trump and Congress to intercede.

Under the Congressional Review Act, Congress has 60 days to reject the new rule. Isaac Boltansky, the director of policy research at Compass Point Research & Trading, told The New York Times that in this case the odds of such a reversal are very low despite the Trump Administration’s anti-regulatory stance. Most moderate Republicans, he said, do not want to be seen as anti-consumer.