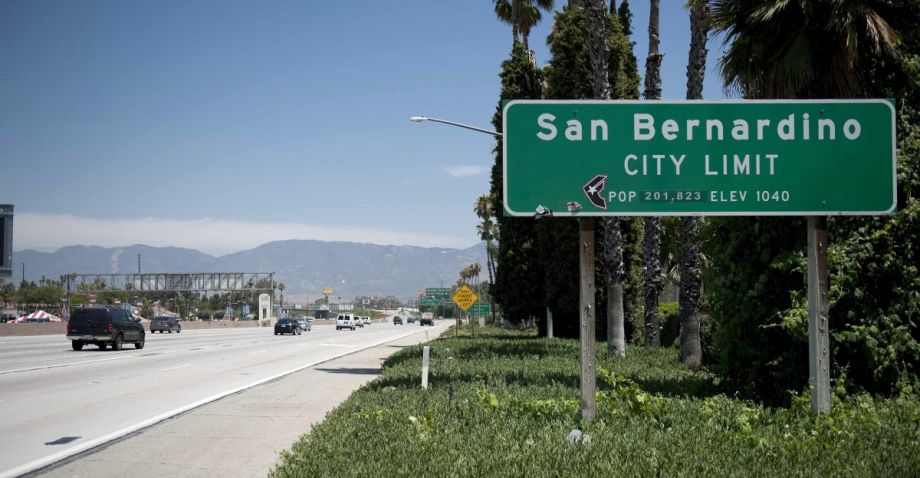 Where should City Hall buy printer paper? How about office chairs? Coffee? Procurement officers may have many seemingly mundane decisions to make, but when a municipal agency wants to use public dollars to create more local jobs, they’re the staffers who have to figure out exactly how to make that happen.

When that challenge landed on the shoulders of Jeffery Hill, procurement manager for the San Bernardino County Transportation Authority (SBCTA), he felt like he was entering uncharted territory in the transportation world.

“From what I could tell, there really wasn’t anything like this that had been done before,” says Hill. He eventually did get the job done — with help from a federal pilot program that advocates fear is in danger during Donald Trump’s presidency.

Many state and local construction projects in the U.S. have local hiring provisions, with or without federal dollars. But when it comes to transportation, since the early days of President Ronald Reagan’s administration such provisions have been explicitly prohibited from any projects using federal highway dollars. It was an early example of federal policymakers preempting locally driven initiatives designed to correct for historically racist policies. But in 2015, President Barack Obama’s administration announced it was planning to revise the rule, and permit local hiring in all federally funded projects, as long as it was not explicitly prohibited by Congress.

The federally funded project he shepherded through at SBCTA with local hiring provisions wraps up in December, and he anticipates it will easily meet its goal: 40 percent of labor hours worked by local and veteran workers.

Close to the end of Obama’s last term, his administration extended the SEP-14 pilot program until 2022. However, in August, the Trump administration announced it would drop the proposed rules change. Advocates worry there will be no more transportation projects approved under SEP-14, but local and state transportation authorities are moving forward as if they will still be able to do so.

Out of the 14 projects approved under SEP-14 already, SBCTA’s I-10 Pepper Avenue interchange was the first.

“There was a lot of interest by local elected officials to see if there are things we can do, anything as an agency that offers as much as we do in the industry, to find more ways to get more local folks involved. When the economy took the hit in the recession, our county was one of the heaviest hit counties,” says Tim Watkins, chief of legislative and public affairs at SBCTA.

But, Hill adds, “there was not a lot of planning from the SEP-14 program, they kind of left it up to the agencies to figure out what they could do.”

It wasn’t easy to figure out. SBCTA decided to provide a per-hour incentive to the general contractor for local or veteran hours worked on the project. They came up with a formula based on total cost and expected profit, based on similar types of projects they’ve done recently. This project would require replacing a bridge over a highway, widening a road going over that bridge from three lanes to five, and extending turning lanes.

They estimated it would cost nearly $7 million. Their internal engineering team estimated labor costs to be about half that, materials being the other half. For a project of that size, assuming a certain profit margin without local requirements, they came up with $50,000 as a maximum bonus that would be a worthwhile incentive for the general contractor — “a value we thought would be a good amount on top of their normal profit that they would earn,” says Hill.

Next they looked into other relatively recent or similar projects to see how much local hiring might already be the norm, just by happenstance of existing hiring networks, including unions. Using project documentation, they found that 17 to 25 percent of hours worked on recent projects already went to local workers. So they decided to use 20 percent as a floor — the final bonus would be calculated based on the percentage of hours worked by local or veteran workers in excess of 20 percent.

“We didn’t want to just give out free money because they happen to have local hires there. We wanted to encourage them to hire more local people or veterans, so we went ahead and said, OK, you’ve got to exceed 20 percent,” says Hill.

Currently, Hill says 36 percent of the hours worked so far have been worked by local or veteran workers, just about maxing out the $50,000 in incentives offered. They asked the contractor to have workers fill out a form and provide at least two proofs of residency for living in San Bernardino County. Since SBCTA’s a countywide agency, its local hiring target zone was the county, Hill says. A sample certification form was also submitted to the Federal Highway Administration as part of SEP-14. Local workers had to have been residents of the county for at least 100 days before being certified as a local hire.

SBCTA has received certifications for 20 local or veteran workers so far, Hill says. Anywhere from four to 13 total local and non-local workers are typically onsite on any given work day.

SBCTA received 10 bids on the project — in line with previous projects of similar scope and size. Most of the bidders, Hill says, were aware of the local/veteran hiring incentive before they submitted bids. They suspect many contractors heard about the incentive during their annual business-to-business fair, which happens every fall, where they bring subcontractors and unions to meet with general contractors that have typically been successful on winning their bids. “This became a point of emphasis in those discussions,” says Watkins.

For future bids, SBCTA has been exploring how to further strengthen the local hiring program.

One challenge is extending the bonus somehow to subcontractors. Right now, even if a local subcontractor hires locally and those workers fill out the certification forms, only the general contractor on the project gets the incentive. “Ideally we want a portion of that incentive to go to the sub as well,” says Hill.

Another issue is working more closely with unions. Depending on the contractor, a job may or may not have all or some union workers. One common obstacle to local hiring is that unions typically send workers to projects by seniority, which can supersede or slow down local hiring goals. The most experienced workers with the right qualifications get called first when jobs come up.

In talking with unions about local hiring goals, Hill says they have more flexibility when it comes to calling in apprentices to different jobs. At least seven local union offices he’s spoken to have offered to reshuffle the apprentice deck to help contractors and the county achieve local hiring goals. One even changed its rules to do so. So if a job can go to an apprentice, and that contract has local hiring incentives attached to it, they’ll move local apprentices higher up on the call list for that project.

Until SBCTA hears otherwise, Hill and company plan to bring more projects into SEP-14 in the coming years.

“After working with the unions, we are planning to take advantage of this on some upcoming projects,” says Hill.