When It Comes to Falling in Love With Cities, Size Matters 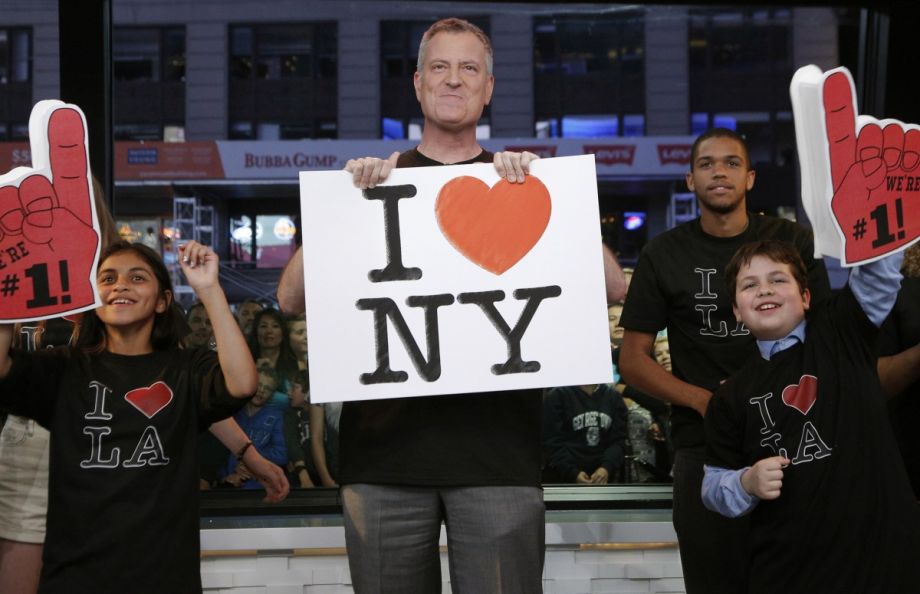 Before Joan Didion left New York, she fell in love with it, “the way you love the first person who ever touches you and never love anyone quite that way again,” she writes in “Goodbye to All That.” She was young, and the city made her feel — not always good, but something — and so even though she did not buy any furniture, she lingered, for months and then years longer than she had planned.

But starting in the 1970s, psychologists starting formulating their own language to describe relationships between people and place. “It is imperative to ask the question, ‘What are the effects of the built environment?’ not only in regard to the personality development of the individual, but also in terms of how he defines himself within society,” wrote the psychologist Harold Proshansky.

Proshansky, who spent his career at the City University of New York, is credited with defining the term “place identity” to describe the slow, complicated bond that ties people more permanently to place — the connection to New York that Didion could never quite make. Psychologists also began to use “place attachment” to describe the sharper, swifter, emotional connections that a person might make to their home. (“I can remember now, with a clarity that makes the nerves in the back of my neck constrict, when New York began for me,” writes Didion.)

“Place attachments are essentially people’s emotional relationships to place,” says Lynne Manzo, an environmental psychologist at the University of Washington. “They help form who we are and how we understand our place in the world. We form emotional relationships with place a lot like why we do with people. They’re multifaceted, they’re complex. They’re not just the warm fuzzies.”

But, curiously, as Hernan Casakin, an architecture lecturer in Israel, and the Spanish social psychologists Bernando Hernandez and Cristina Ruiz write in the February issue of the journal Cities, “about 70 percent of research on place attachment focuses on neighborhood, 20 percent on home, and only 10 percent on city.”

While it’s hard to compete with Joan Didion, the language of social science does have some of its own advantages in sussing out how it is we’re all moving through the world. When researchers have looked at place attachment in cities, they’ve found that people tend to be very attached to cities — more than to their neighborhoods.

In their work, Casakin, Hernandez and Ruiz looked at how place attachment and identity varied with city size in Israel. They found, in line with previous research, that their subjects identified more strongly with their city than with their neighborhood. But the scale of the city mattered too. Their subjects were more attached to their city if they lived in a small one or a big one; residents of medium cities didn’t have the same level of emotional attachment. And subjects who lived in big cities felt more strongly identified with their city than subjects living in small or medium cities.

It’s long been understood that large-scale, unique places can inspire people to feel a connection with them — but often, that research has focused on natural places. “Some of the earliest work about place attachment dealt with big, bold places outside the city” — grand, dramatic landscapes, like Yellowstone, or other national parks, says Kathleen Wolf, a social scientist at the University of Washington, who studies nature in cities.

If people make similar connections with the grand landscapes of urban places, then it suggests, as Casakin, Hernandez and Ruiz write, that to connect people with place “urban planners … should direct their efforts to enhancing identity with city over identity with neighborhood.” Planners might, for instance, focus on projects that make a cityscape unique. “A clear image of the city can enable residents to feel comfortable, secure and emotionally involved, to identify with that city,” they write.

Size alone is not enough to make people stay, of course. New Yorkers are still grappling with the same problem as Didion: staying, leaving, trying to find if they belong to this place. In 2013, the writer Sari Botton published a collection of essays about leaving New York, titled, after Didion, Goodbye to All That. Even those who had departed didn’t write “anti-city screeds,” according to Botton, but “a collection of love letters to New York City.” This past fall, she published another book of essays, Never Can Say Goodbye, about staying in the city — with experiences of “becoming and remaining New Yorkers, feeling as if they belong … .”

Identity is always, in the end, individual: Didion felt she would pay an emotional price for her attachment to New York because she would never identify with it — that, unlike Botton’s writers, she “did not belong.” Her excuse, though, was that she “did not come from there.” In their work, though, Casakin, Hernandez and Ruiz found that, at least among their subjects, non-natives identified with their cities just as strongly as natives. It should be possible, in other words, to become a New Yorker, even for people who did not come from there. It just wasn’t for Joan Didion.