In Fast-Growing Small Cities, Mayors Have Big Opportunity to Engage – Next City

In Fast-Growing Small Cities, Mayors Have Big Opportunity to Engage 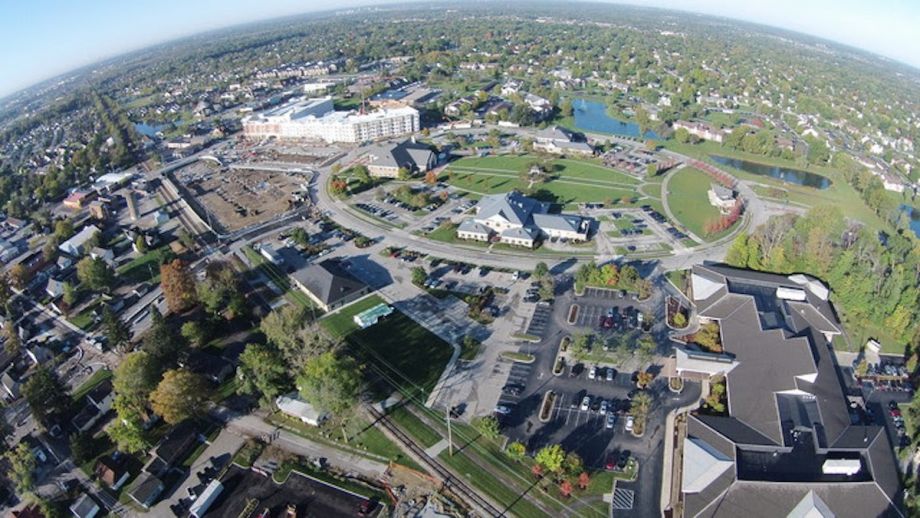 In a suburb that quickly transitioned from a bedroom community to one of the nation’s fastest-growing cities in 2015, Fishers, Indiana, residents require more than simply being told how the community is changing. With significant plans for redevelopment, new community leaders and policies, citizens still want to feel connected and understand the “why” behind decisions.

I’m the first mayor of Fishers. Before I was elected to that job in December 2014, I served as town manager. Does more formalized leadership and the presence of government create a barrier for community engagement? I believe not. I know our public servants need to address the quality-of-life issues that our residents see on a daily basis.

We saw the residents’ desire for inclusion as an opportunity to both obtain sincere buy-in, or to provide understanding and context for those who were opposed to change. With transparency as our goal, we set out to create an environment where those who wanted to learn had the opportunity to do it first-hand. Here are some takeaways from my first two years in office.

1. To get the community invested, provide education.
This was the impetus behind Citizen Academies, a series of eight, 12-week classes for all Fishers residents that swings open the doors of our local government. Residents gain an in-depth look at city operations, learn about challenges of delivering critical services and meet department leaders. About 30 to 50 residents regularly attend the following classes:

An ongoing program like this helps citizens understand the big picture and how they can best contribute; when they do, they are more invested in the outcome. Participants ride along with police officers and partake in firefighter training. The “classes” even develop alumni groups, which have raised money for bulletproof K9 vests and served as support units for large fire events.

The open forum facilitates a remarkable transformation of attitudes. In this way, the classes serve as an ice breaker, allowing a relationship to develop. My team can better understand citizens’ concerns, prioritize, plan and gain trust. And we often reach out to former participants for board and commission appointees.

The Citizens Academies program would fail, however, if my team was unwilling to be transparent. This is, in fact, a major reason why many governments struggle to engage communities. The public is demanding transparency today from employers, educators and companies in which they invest, and this certainly extends to government. People want and need to feel that they can trust the entities that affect personal security and well-being. Leaders, especially in growing cities, have enormous opportunity to initiate a dynamic dialogue with citizens and earn trust in the process, but they must be willing to be transparent.

2. Seek input: Give citizens a forum to be genuinely heard.
All residents have ideas to contribute that can be of value to city leaders, but it’s our job to go into the community and seek them out. For example, as part of educational outreach, Fishers city planners spent three days working with 100 third-grade students to plan a cardboard box city representing Fishers in 2040. The students grappled with issues the planning team is currently facing during major city redevelopment, including competition/impact on current businesses, noise/traffic concerns, the dynamic of developers wanting to build vs. conservationists wanting to preserve land — especially historical sites. The students thought through these concerns and presented their recommendations.

The effort was a fun, interactive way to teach city planning, and my team gained a lot of insight into a younger generation’s perspective. And while this knowledge may not play into immediate decisions, it does affect how we think long-term about city development. The children of today will be tomorrow’s taxpayers and decision makers.

3. Don’t assume you know what people want.
City leaders making decisions on assumptions rarely get it right. When creating policies or making decisions that affect a specific group of people, never assume you understand their needs. Rather, include these people in the information-gathering process to ensure you not only get their buy-in, but also roll out a more widely accepted program.

We came across an opportunity like this when we were implementing the Americans with Disabilities Act (ADA) compliance. Fishers created an ADA task force, but instead of solely following code academically or retaining consultants — both fairly common practices — we asked the community to join the task force. Talking with people who have a disability or who care for someone with a disability was the best way to make sure our efforts were inclusive and that important details weren’t overlooked.

Now more than ever, local governments are laboratories of innovation and social problem solving. It is critical that we open our doors and invite residents in to observe and experience our work. Perhaps by doing so, we will start to bridge the divide between our residents and the government that serves them.

Mayor Scott Fadness is the city of Fishers’ first mayor, a position that transitioned in 2014 from town manager. He has promoted creative solutions to retain and create jobs, redevelop Fishers’ downtown and establish Fishers as a hub of entrepreneurial activity.