Eyes (and Hands) On The Street: Tactical Urbanism and Community Engagement – Next City

Eyes (and Hands) On The Street: Tactical Urbanism and Community Engagement 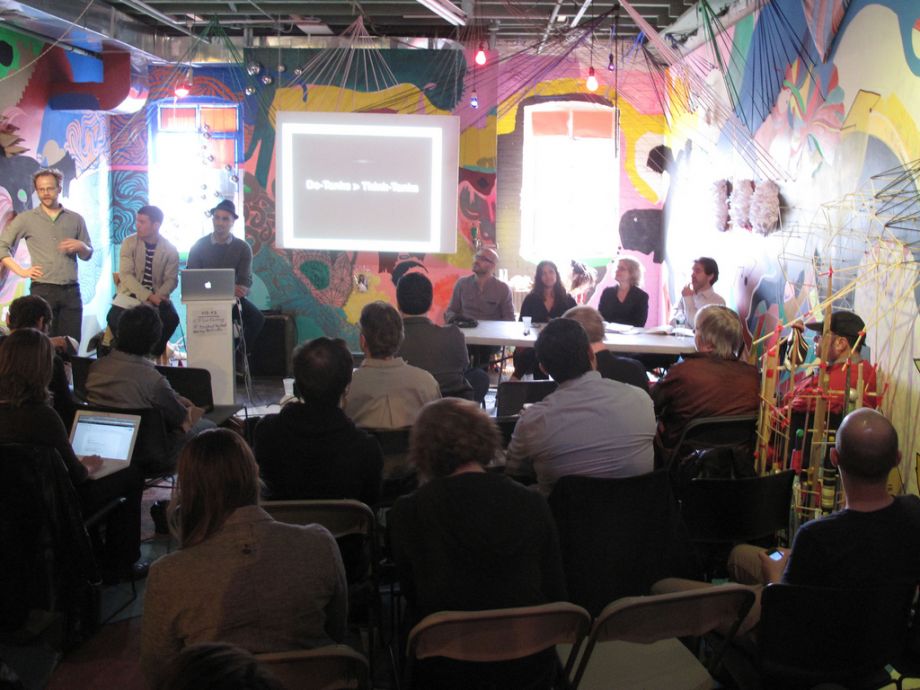 On Monday, San Francisco rolled out a website meant to help residents unravel the bureaucracy surrounding the city’s urban planning and improvement projects.

Trumpeted as a kind of DIY urbanism, the idea behind SFBetterStreets.org is that with improved transparency about permitting processes and service provision, communities seeking improvements to their local streetscapes will have the tools they need to bring about the change they want.

Though this is an innovation for San Francisco, similar programs coming from the private sector have been around for a while. One such program, SeeClickFix, has been in operation since 2008. The New Haven-based company utilizes web- and mobile-based technology to help city residents alert the right municipal bodies to problems ranging from unsafe intersections to excessive littering. According to SeeClickFix’s Community Manager Emma Richards, the organization has already partnered with or provides services to about 80 cities, including San Francisco.

Some urban thinkers say that while programs like SFBetterStreets and SeeClickFix are have helped to articulate a more robust bottom-up urban planning process, they fail to directly empower community residents who want to make small tweaks to the urban environment instead of large-scale, top-down approaches.

In an interview earlier this month with The Architect’s Newspaper, Mike Lydon, principal designer at the Street Plans Collaborative, sees room for a more radical approach to reclaiming urban public spaces. He makes the case for what he calls “tactical urbanism,” the practice of making use of cheap materials and crowdsourcing publicity campaigns to make immediate and community-based change that itself has the effect of building community:

What’s difficult about the traditional planning process is that it’s behind closed doors. It can be intimidating for people to get involved, but if you’re experimenting with change in real time on the street, on your block, or on your sidewalk, people get a real understanding of what that means. Especially when it’s part of the larger planning process. You can mock it up, and it becomes a type of rendering in real time. People can say, ‘This really works for me. I like it.’

The idea has been gaining traction since 2011 when Lydon first published Tactical Urbanism, a manifesto for creating a portable framework for community engagement. Events like the Tactical Urbanism Salon, a roaming forum for the development and debate of urbanism strategies, have emerged to promulgate the motivating philosophy as well as concrete steps to engender local change. The Salon’s most recent stop was here in Philadelphia, where Next American City hosted them on April 28. Footage from the event can be found here.

This month, the Philadelphia Inquirer profiled sisters Ainé and Emaleigh Doley, two local activists deploying tactical urbanism right here in Philly. The sisters set up rocklandstreet.com where they promoted the street-greening initiative “Grow Our Block,” a program encouraging residents of West Rockland Street in Philly’s Germantown neighborhood to beautify their homes with gardens and plants as a way to stave off blight.

On June 9, the community came out to as a result of relentless tweeting, a strong public engagement campaign and partnerships with local media outlets. Emaleigh Doley summed up the spirit of the project to the Inquirer: “If I wanted the city to clean the vacant lot, I knew I’d get put on a list. So I bought a lawn mower on Craigslist for $50.”

[Disclosure: Emaleigh Doley has done some local public relations work for Next American City in the past.]