Will Expansion of HOT Lanes Help Commuters? – Next City 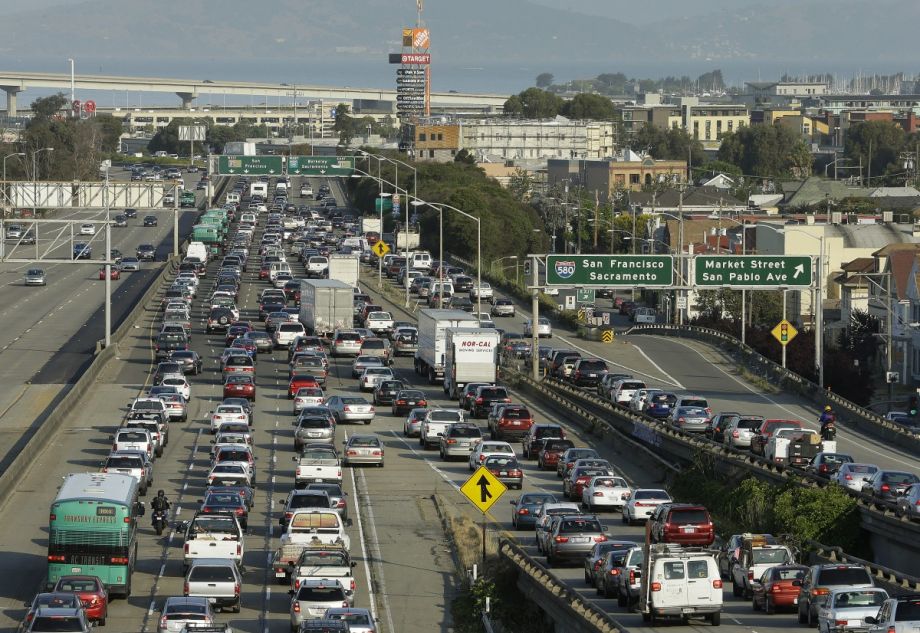 When it comes to dealing with highway congestion, officials in the San Francisco Bay Area and Maryland like it hot. Or, more accurately, they like high occupancy toll (HOT) lanes that welcome use by solo drivers who pay a toll.

The Bay Area Express Lane system consists of HOT lanes on four highways in the East Bay. The regional Metropolitan Transportation Commission will expand that HOT lane network if voters pass the Regional Measure 3 transportation plan next year. In September, Maryland Governor Larry Hogan proposed a $9 billion highway widening plan for three of the states most congested roadways: I-270, I-495 (the Capital Beltway) and MD 295 (the Baltimore-Washington Parkway). The massive expansion will include tolled express lanes that may be implemented as HOT lanes, according to State Transportation Secretary Pete Rahn.

Both plans have been presented to the public as a form of congestion relief. Given that tolling projects like this are almost always framed as congestion relief it’s worth asking: Do HOT lanes actually reduce congestion?

“HOT lanes are certainly not a silver bullet in terms of solving traffic congestion. To really reduce congestion you have to combine it with a lot of different policies and different transportation options. … In extremely congested corridors they can help relieve congestion in peak hours,” says Tim Welch, a Georgia Tech city and regional planning professor. Welch co-authored a paper that modeled the potential impacts of converting HOV (high-occupancy vehicle) lanes on two Maryland highways to HOT lanes.

They found that travel speeds in the model HOT lane slowed down compared to the former HOV lane, but saw a bit of congestion relief and slightly higher speeds in the general purpose lanes. The researchers found that relief comes with a higher environmental impact, however. At a corridor level, they modeled as much as a 6 percent increase in emissions. That emissions increase is, in part, from the expectation that some former carpoolers would likely choose to pay the fee and drive solo and that people who otherwise avoided I-270 or U.S. 50 might now choose it as a primary route.

Welch says the impacts of HOT lanes will certainly extend beyond whether existing solo drivers choose to pay to get out of the general purpose lanes. “When you change something, people will change their behavior. Someone might start driving at peak-hour driving because it’s easier if they’re willing to pay. Or they may have taken the bus or train, but shift to driving now. Or they change their route altogether because they’re willing to pay, or the non-tolled portion is moving faster.”

Because HOT lanes benefit solo drivers with the ability to pay a toll, they are often criticized for being inequitable.

“One of the biggest downsides of HOT lanes by far is the equity concerns,” says Adie Tomer, a Brookings Institution Metropolitan Policy fellow. “It’s a question that needs to be dealt with. Part of the reason you sometimes end up seeing pushback is you have the high occupancy part of it that allows [any carpoolers to use the lane].”

That issue was front and center in a 2014 U.S. Government Accountability Office (GAO) report called “Traffic Congestion: Road Pricing Can Help Reduce Congestion, but Equity Concerns May Grow.” The report looks at road pricing schemes on five HOT lane corridors in the U.S.

On the congestion question, the GAO found some HOT lanes had a notable positive impact on travel speed and time, sometimes including in the adjacent un-tolled lanes. On SR 167 in the Seattle suburbs, travel speeds improved by as much as 19 percent during peak hours on the un-tolled lanes. On heavily congested I-95 in Miami, HOT lane travel times improved by 14 minutes and the adjacent un-tolled lanes improved by 11 minutes. There were similar improvements on SR 91 in Orange County. But in Miami and Orange County the HOT lanes came with highway widening projects, so the GAO points out that it’s hard to conclude if the benefits were from the HOT lanes or just having extra lanes.

Considering that HOT lanes can increase overall traffic volumes and that highway widening projects have proven time and again to only temporarily reduce congestion (Greater Greater Washington points out that I-270 has been widened twice since the ’90s, to no avail), Tomer worries that Governor Hogan’s plan ultimately won’t serve its stated purpose.

“One problem with HOT lanes is that as some drivers move over to the HOT lanes,” Tomer says, “it theoretically creates more space in unpriced lanes, which ends up inducing more people to drive those lanes anyway.”

The Bay Area’s existing HOT lanes have proven to have some effect for those carpooling or willing to pay the toll. In the newest HOT lanes on I-580, drivers are averaging 10 mph faster than those in the general purpose lanes, according to a report released in March.

The Metropolitan Transportation Commission says expanding the HOT lane network will continue to make an impact on congestion, but they have no illusions it will eliminate it altogether.