Expanding Inclusionary Zoning to Hotels? One City Is Trying It Out – Next City

Expanding Inclusionary Zoning to Hotels? One City Is Trying It Out 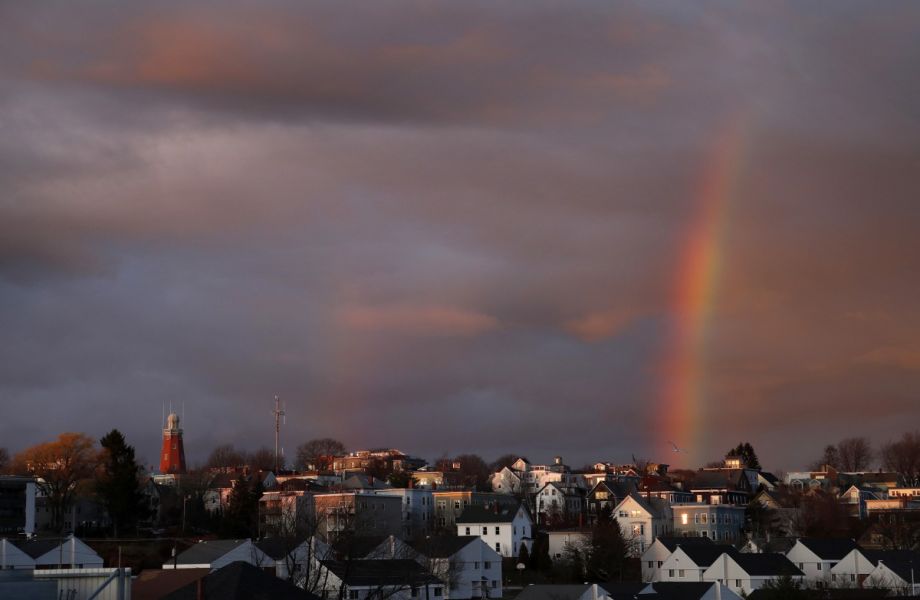 The Portland Observatory, left, shares the skyline with the remnants of a rainbow in Portland, Maine. (AP Photo/Robert F. Bukaty)

Hotel developers will be required to build housing units that hotel employees might actually be able to afford, under a new policy adopted last week in Portland, Maine.​

The program applies the principle of inclusionary zoning, a version of which the city adopted in 2015, to the hotel industry. Now, hotel developers will be required to build one dwelling unit, rented at a rate that’s affordable to someone earning up to 80 percent of AMI, for every 28 hotel rooms they build. Builders may also choose to pay an in-lieu fee, equal to $3,806 per new hotel room, into the city’s housing trust fund.

According to the city’s Planning Board, hotel development in Portland has increased 30 percent since 2012, with an additional expected 23 percent increase in the number of hotel rooms over the next two years. Portland Mayor Ethan Strimling says he’s not worried that the new policy will suppress hotel development.

“I think we should have done it ten years ago, and I think we’d still have as much hotel development as we’re getting,” Strimling says. “We need affordable housing and I think this is a good way for us to try to generate some revenue. That said, it’s the tip of the iceberg in terms of what we really need to fund the kind of units we’re looking for.”

According to Strimling, more than 1,300 families are currently on the Portland Housing Authority waitlist for public housing. Statewide, the rental market is among the least affordable in the country when measured against the typical wages of state residents, according to a Portland Press Herald report citing figures from the National Low Income Housing Coalition. Strimling has proposed selling $7 million worth of municipal bonds to beef up the housing trust fund.

“I think, like everywhere across the country, we have a need for all kinds of housing,” says Mary Davis, director of the Housing & Community Development Division in the city’s Planning & Urban Development Department. “Housing affordability is a big issue in the city of Portland right now, so we’re looking at how do we leverage all the resources that we have available to us to help us address that concern?”

As of last March, the city’s housing trust fund had a balance just shy of $1 million. Applications for housing trust fund money are scored based on the proposal’s potential to meet housing needs, financial feasibility, the likelihood that the project will be completed, and its impact on the surrounding neighborhood, according to the annual plan. The fund is focused on supporting projects that provide housing affordable for people earning less than 50 percent of AMI and those earning between 80 percent and 120 percent of AMI. The city’s inclusionary zoning policy is focused on creating “workforce housing,” affordable to renters earning 100 percent of AMI.

City Councilwoman Kim Cook, who sits on the council’s housing committee and chairs a committee focused on rewriting Portland’s zoning code, says the council is considering a range of policies that could help provide more housing in the city. Among them are doing away with single-family zoning to allow at least duplexes on every lot in the city, adjusting minimum lot sizes, and allowing accessory dwelling units in every residential zoning district.

“I am a firm believer that one of the primary ways that we can address a whole host of issues in our city, but in particular housing, is by getting our zoning right,” Cook says.

Cook says she’s hoping that the city council can adopt a new zoning code by the fall of 2020, when her term ends.

In 2017, as Next City reported, voters rejected a rent stabilization ordinance developed by a group of local housing advocates. The measure would have capped yearly rent increases and established rules preventing landlords from evicting tenants without “just cause,” among other provisions. Strimling, the mayor, had supported those measures. He says he plans to propose additional housing measures this year, including a law that would prevent landlords from rejecting tenants who use Section 8 housing vouchers.

In the meantime, Strimling says, expanding the housing trust fund will help developers construct a range of housing types across the city.

“The housing trust really is our best vehicle in terms of flexibility and in terms of targeting,” Strimling says. “And for those folks who don’t believe in rent control and don’t want to regulate the market too much, this is a good position—between rent control and just total free market.”